Stefano Coletti will start the opening race of the GP2 Series in Malaysia from pole position after a thrilling qualifying session on Friday in which the top three were covered by eight-thousandths of a second.

Coletti set his 1m44.280s best lap relatively early on his second run on the soft-compound tyre, and sat out the last eight minutes of the Sepang session to watch his rivals attempt to knock him off the top of the times.

The first to come close was Carlin's Felipe Nasr, but his best effort was 0.008 seconds slower after a lock-up into the final hairpin and a snatch of oversteer on the way out.

Then it was the turn of practice pacesetter James Calado, who had sat out the first 10 minutes of the session in his ART machine.

His lap was slightly compromised by encountering traffic in the middle of Turn 6. He crossed the line just 0.004s slower than Coletti's time, but the same amount quicker than Nasr, demoting the Brazilian to third.

Fabio Leimer, who was on top halfway through the session, failed to improve on his second run and will start fourth for Racing Engineering, ahead of Sam Bird for the new Russian Time squad.

Bird was involved in the most outrageous incident of the session, when Arden's Johnny Cecotto Jr simply drove him off the track on the straight between Turns 6 and 7 when the Venezuelan felt Bird had held him up. Stewards are investigating.

Cecotto's team-mate Mitch Evans was sixth, the GP3 champion comfortably the top rookie in the session. 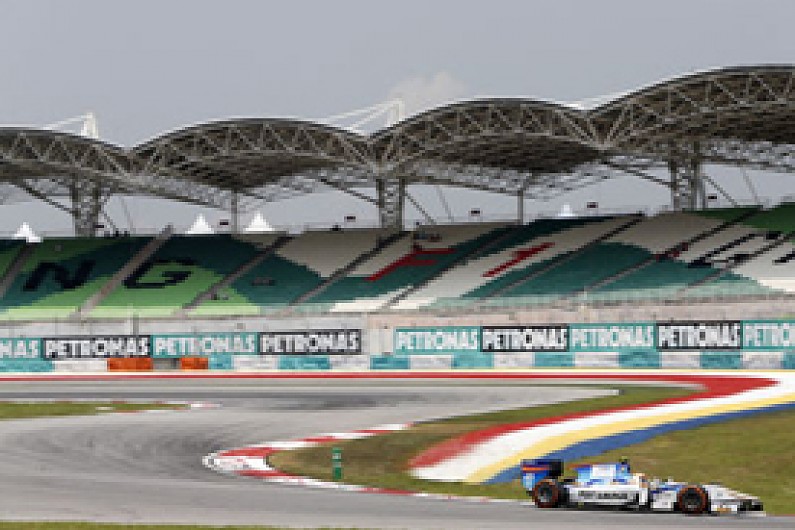 The other incident of note was a post-session weighbridge spat between Sergio Canamasas (12th) and Nathanael Berthon (18th). Canamasas appeared to prod Berthon in the head with his finger while making his point about on-track etiquette quite literally.

Auto GP champion Adrian Quaife-Hobbs was 15th for MP Motorsport, while Jolyon Palmer was way down in 23rd for Carlin, hampered by a sticking throttle.