Toto Wolff is “really surprised” that Red Bull is “protesting so loudly” against questions about its power unit and recent impressive straight-line speed in Formula 1.

Hamilton made note of Red Bull’s straight-line speed throughout the Paul Ricard race weekend, while Mercedes F1 boss Wolff said after the race that the team had made “a huge step forward with their power unit”. Wolff later clarified that this was not meant to suggest Honda had brought a major upgrade.

The F1 regulations for 2021 prohibit teams from bringing any performance upgrades to their power units, with changes in specification only permitted on reliability grounds. Red Bull switched power units on its cars ahead of the France weekend, with fellow Honda partner AlphaTauri doing the same for Pierre Gasly.

Red Bull has responded to questions about its impressive straight-line speed by attributing the gains to its low-drag set-up and smaller rear wing.

After taking pole on Saturday for the Styrian Grand Prix, Verstappen hit back at questions about his Honda engine performance, saying he wanted to “print out of the rear wing difference we’re running” and that there was “no clear advantage on pure power”.

Asked by Autosport if there was any scope to unlock more engine performance through reliability tweaks, Mercedes boss Wolff expressed his surprise that Red Bull had protested the suggestion so much. 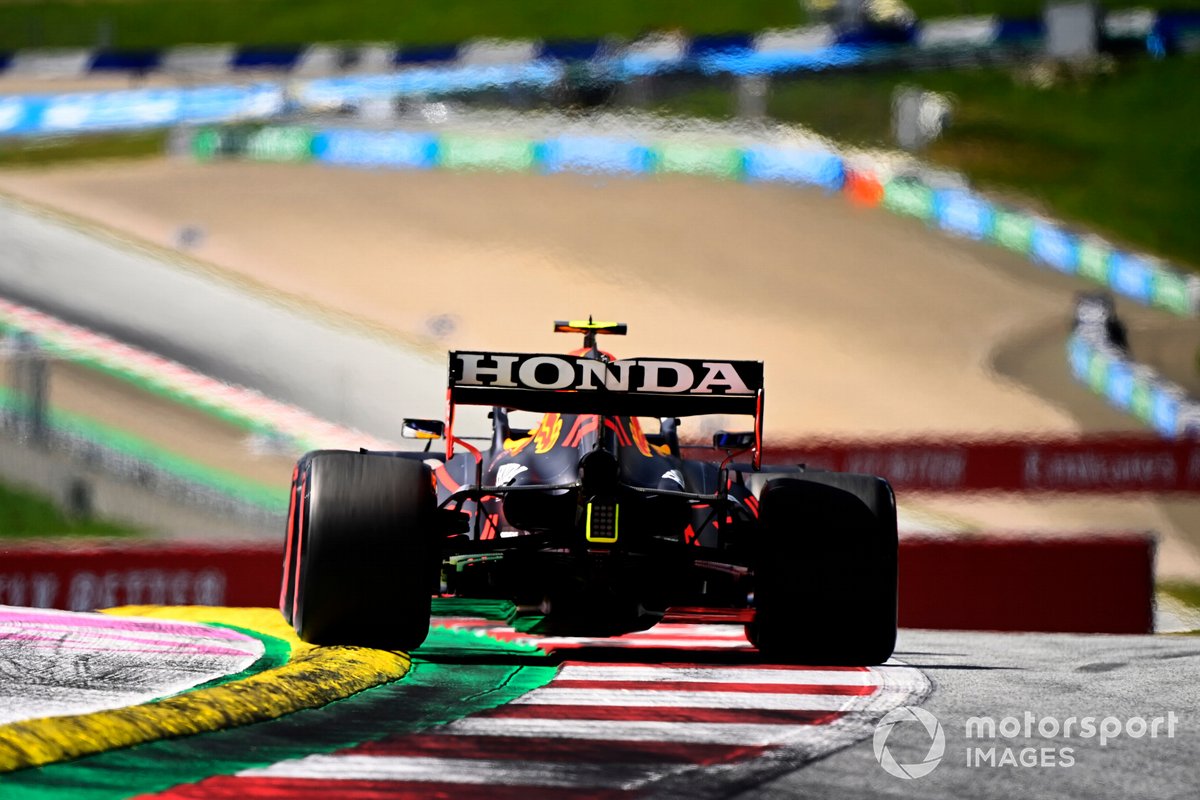 “I wonder why that is such a topic, when we all know that the power units need to be homologated,” Wolff said.

“I’m really surprised that the Red Bull guys keep protesting so loudly on the power unit story. So that is a bit weird.

“The rules are very clear. It’s homologated, you can come up with reliability fixes, and that’s it.

“Obviously there are certain things you can clean up, but you have your tokens and you need to use them, and that’s it.

“So there shouldn’t be any power advantage as such.”

Hamilton made reference to Red Bull’s straight-line speed after falling two-tenths of a second shy of Verstappen in qualifying on Saturday, saying it would make it “hard for us to compete with”.

Verstappen’s team-mate, Sergio Perez, responded to a question about Red Bull’s straight-line speed by praising the work being completed back at the factory in Milton Keynes to bring more updates to the car.

“Everyone back in the factory is trying to develop the car as best as possible, bringing upgrades pretty much every single weekend. You can see the results on-track.

“Obviously yeah, we’re running a smaller rear wing than the competition. So hopefully that can be an advantage come race day.”

Vasseur: Governing F1 via technical directives "not the right way"