After being soundly beaten by Red Bull at the two events in Austria, Mercedes looked to cut the pace deficit to its title rival by introducing its final updates for the W12 car at the British Grand Prix.

The weekend saw Lewis Hamilton top qualifying before winning the race on Sunday, recovering from a 10-second time penalty for his collision with Max Verstappen, while team-mate Valtteri Bottas also finished on the podium in third place.

Red Bull had been expected to strike back in Hungary, with the layout of the circuit appearing to play to the high downforce strength of the RB16B car.

But Mercedes managed to secure its second front row lockout of the season as Hamilton led Bottas to a 1-2 in qualifying, beating Red Bull to pole by four-tenths of a second.

Mercedes F1 chief Wolff said the performance in Hungary proved the gains that had been made with the Silverstone update, and how it had matched up to the team’s expectations.

“But the impact it had on the car’s performance was good and positive.

“The correlation came in spot on, and I think we learned a little bit more how the car performs set-up wise too. 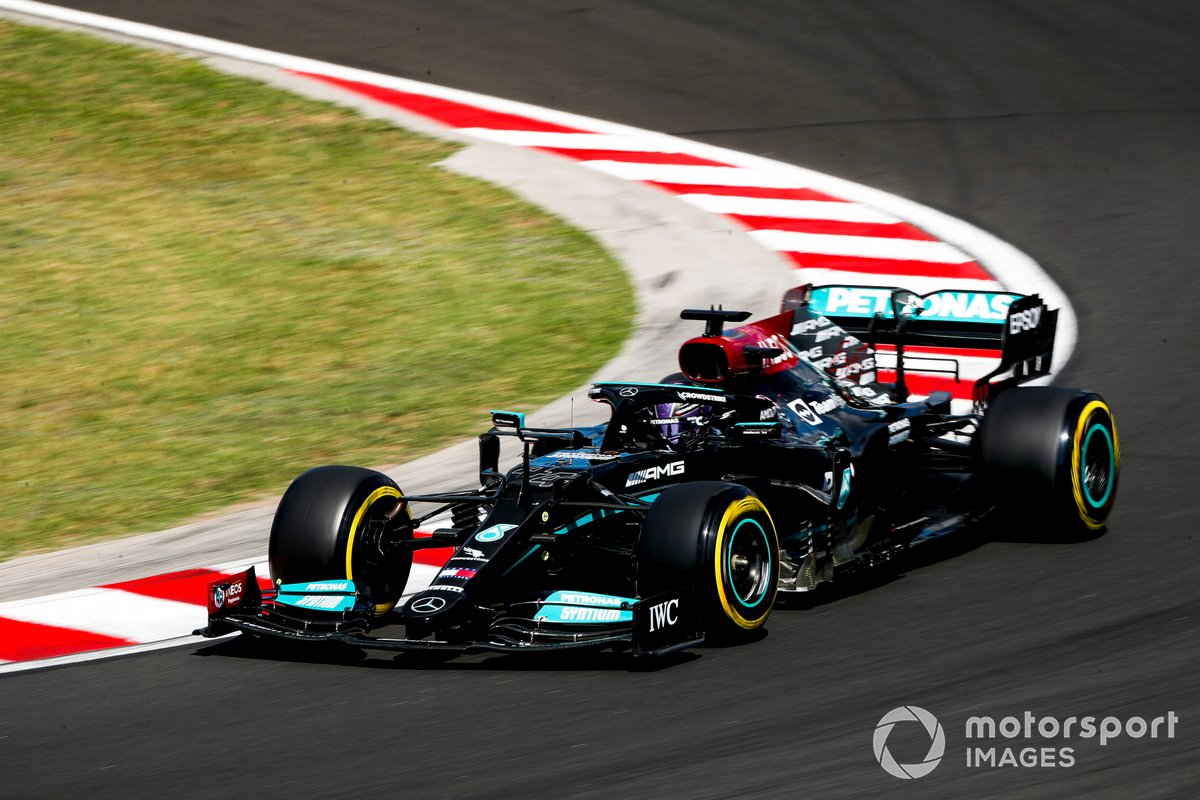 “It’s great to see a consolidation of that performance here in Hungary.”

Mercedes enters the race on Sunday looking to convert the front-row lockout into a result that could see it move back into the lead of both championships for the first time since the Spanish Grand Prix.

Hamilton trails Verstappen by eight points at the top of the drivers’ championship, while Mercedes sits four points behind Red Bull in the constructors’ standings.

The teams have opted for different strategies in the race. Hamilton and Bottas will start on the longer-lasting medium compound tyre, while Verstappen and team-mate Sergio Perez will take softs for the first stint.

“I think that we have a disadvantage off of the line, so we need to be clever with the start and perform well,” Wolff said.

“If we are ahead with two cars, then we have more strategy variance that we can play. But if it is a two-stop race, then it doesn’t make a lot of difference whether you start on the softs or the mediums.

“They have two drivers that are right there too, so it isn’t an advantage having Lewis and Valtteri in the top four as they have two as well.

“It is a lot of ingredients for great entertainment tomorrow.”