Russell has been part of Mercedes' junior programme since 2017, and has impressed since making his F1 debut with Williams last year, with Lewis Hamilton saying he has "the potential to be a future champion".

Williams announced in July that Russell would be remaining at Grove for 2021, seeing out the third and final year of his contract, only for the sale of the team in August to cast fresh doubt on his future.

Sergio Perez was linked with a switch to Williams last month amid the Mexican driver's scramble to find a seat for 2021, leaving Russell's future looking unclear for a couple of weeks.

But Williams cleared up any speculation and apologised for any confusion ahead of the Emilia Romagna Grand Prix at Imola by announcing Russell would be remaining for 2021 alongside Nicholas Latifi.

Insight: How Russell found himself at the centre of F1's silly season

Losing Russell from the grid would have come as a blow to Mercedes, which has worked hard to develop the British youngster throughout his career, setting him up as a possible successor to one of its current drivers.

But Mercedes chief Wolff said he would have taken whatever decision Williams made in his stride, leaving him fairly relaxed about Russell's future despite the uncertainty. 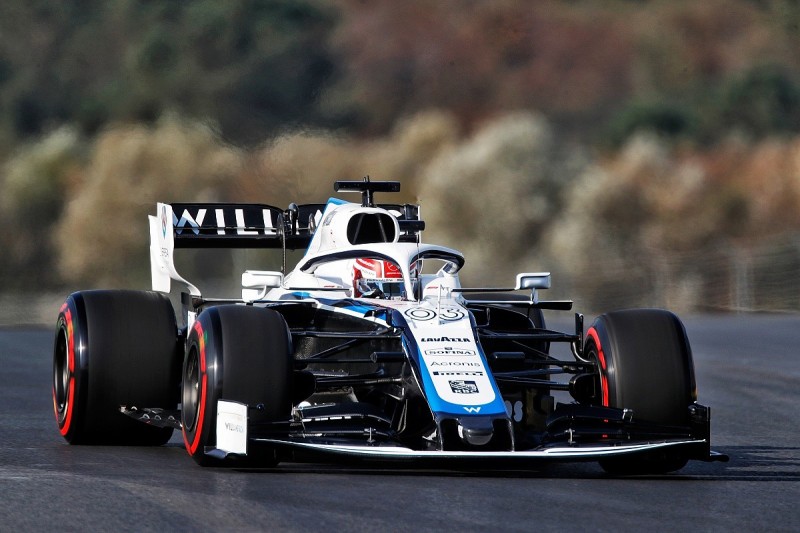 "I'm always pretty relaxed about these decisions, because things come as they need to come," Wolff said when asked by Autosport how much of a blow it would have been to lose Russell from the grid for 2021.

"If George wouldn't have been in Williams, that would have been a little bit annoying.

"But I guess he would have been a very strong reserve with us, and we would have found an additional programme for him.

"At the end, I'm happy that they decided in favour of him. I think he deserves it, his performances are outstanding.

"I think they made a good choice."

Russell had stressed throughout the speculation about Perez that he had "no concerns" about his future, saying the stories had been "fed by the Perez camp" to try and help move the driver market along.

Asked by Autosport how advanced talks were with Williams, Perez replied: "I've always kept my talks private, I think it's the way it always should be.

"There were some talks, but nothing more than that."

Perez is currently without a seat for 2021 after Racing Point opted to release him from his contract so it could sign Sebastian Vettel ahead of its Aston Martin rebrand.

After seeing the door at Williams close, Perez's only realistic option of landing a seat for 2021 now lies at Red Bull, who is weighing up Alexander Albon's future.