Williams admits it "missed" George Russell's input at last weekend's Sakhir Grand Prix, but has faith he will return a better and more confident Formula 1 driver

Russell was loaned out by Williams to Mercedes for last weekend's race, with the Briton being chosen as the replacement for Lewis Hamilton who was absent because of coronavirus.

After qualifying on the front row, Russell led away at the start and looked on course for the victory before a botched pitstop by Mercedes and a late puncture cost him a shot at the win.

Russell's move to Mercedes led to Williams drafting in reserve driver Jack Aitken, who delivered a solid showing all weekend despite a spin in the race that triggered the safety car.

But with Russell's absence leaving Williams with two rookies in Nicholas Latifi and Aitken, head of vehicle performance Dave Robson says the team noticed the difference of their regular star man not being there.

"There's no doubt we missed George, not just because of his pace but his guidance on the car and the tyres particularly," explained Robson.

"So, yeah, not easy. The value of experience is enormous and for sure it's been a little bit harder than it could have been. But, I think, to be fair [to Latifi and Aitken], the two of them have done a good job."

One of the reasons Mercedes opted for Russell was that it felt it would be hugely beneficial for the youngster to have the experience of racing for a front line team. 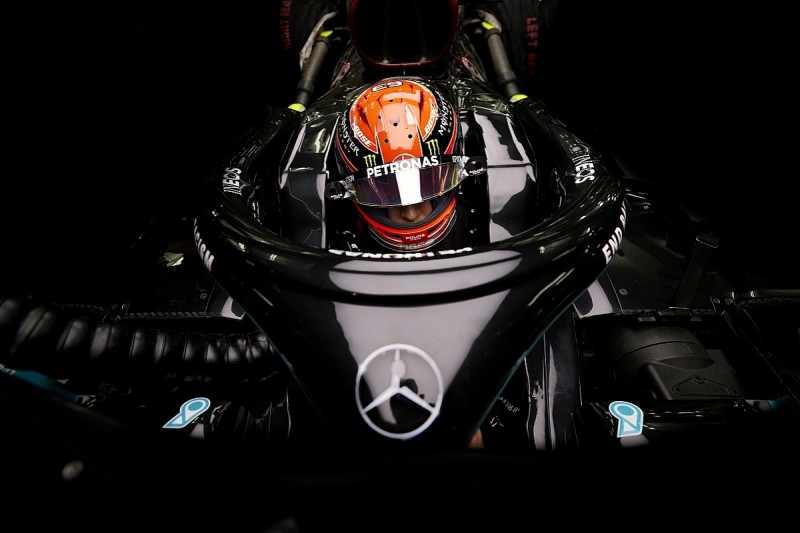 PLUS: The F1 sanity that left Russell with some Sakhir solace

Such knowledge could then be taken back to Williams, which would help both his own and the team's development potential.

Robson thinks there will be some upside to what Russell will bring back with him, but he has downplayed it being anything that could help transform the Williams package.

"I guess we'll find out over the next couple of weeks when we talk to him again, but there's nothing that he's going to be able to say that will suddenly turn our car into theirs," he said.

"But in any case, I think a lot of the specifics are not that relevant. That car [the Mercedes] is so different to ours clearly that it won't be that relevant.

"But it'll be interesting. He will have gained some valuable experience on how they prepare their tyres, how they do race starts.

"And whilst it may not be directly relevant, he should at least be able to pick up some of the ideas that they use to work that out.

"At the very least, it's a different experience for him, which is good, and hopefully the experience of racing at the sharp end will help him in his confidence and his understanding of what racing in F1 is about at the moment."