Mercedes may have labelled the Imola Formula 1 weekend a write-off, but the team is not ready to call it quits with its W13 concept yet.

The German manufacturer’s competitive struggles have hit a season low so far at Imola, with neither Lewis Hamilton or George Russell making it in to the top 10 in qualifying.

The pair did not make much progress in the sprint race either, and are at risk of coming away from the Emilia Romagna Grand Prix without any points at all.

Mercedes’ failure to make progress in closing the gap to Ferrari and Red Bull this season, as it still does not understand how to unlock the potential it believes there is in its F1 car, has already prompted some to suggest that the time may be coming for more drastic action.

That could include either abandoning its efforts to improve the W13 to switch early focus to its 2023 car, or electing to throw in the towel and start work on an all-new concept as soon as possible.

Team boss Toto Wolff is adamant that such a moment has not arrived yet, as he remains certain that it will eventually get to the bottom of what is causing its car not to produce the performance it believes is locked within it.

"I think we have a direction, where we know how we can unlock the potential that is within the car that would bring us much, much closer," he said. "But at the moment, we haven't got the key." 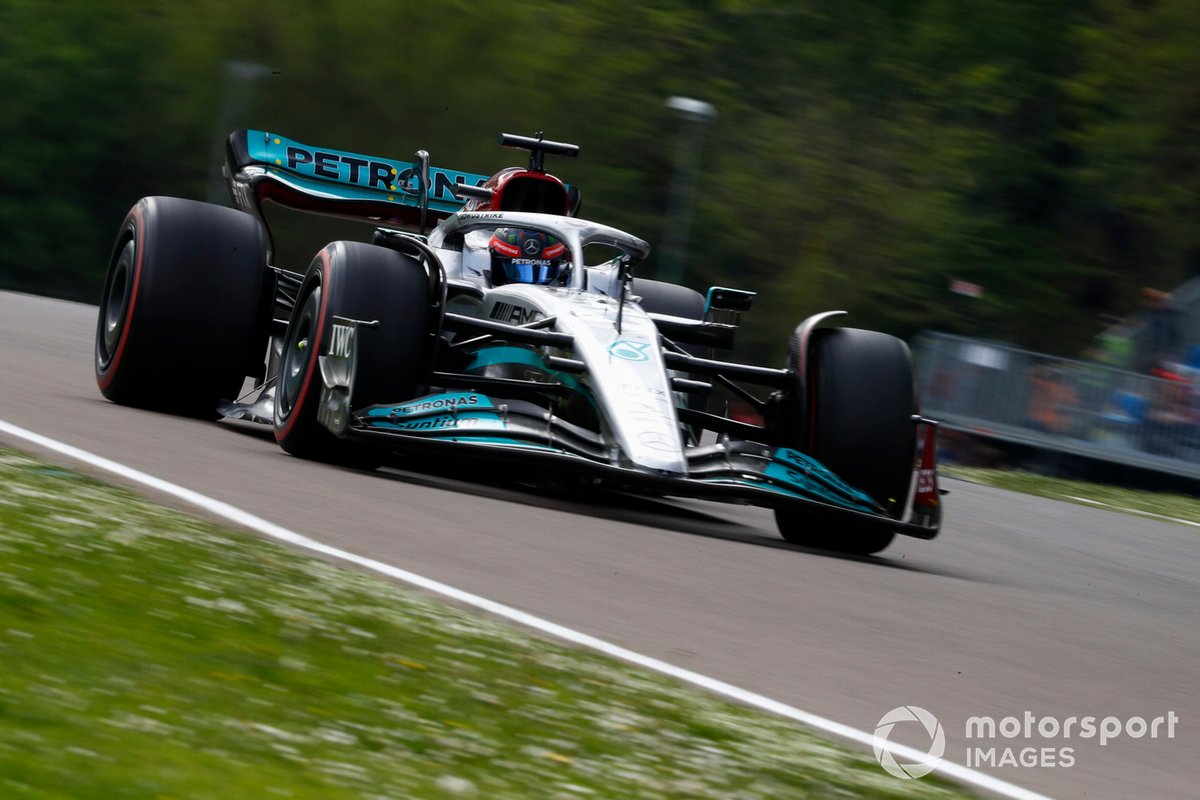 It is understood that there is a range of developments coming around the time of the Spanish GP that Mercedes hopes will improve the airflow on the floor to help minimise the porpoising that is still holding it back.

Wolff said: “I think all of the goodness and badness happens mainly on the floor as it stands at the moment.

“We have interesting ideas and concepts that we are trying, and that we are exploring, that have to find their way on to the car in the next few races.”

Asked if doubts were emerging about the Mercedes concept, which includes its zero sidepod solution, Wolff does not think that it is a case of abandoning all it has done and starting from a clean sheet of paper for the W14.

“I would say there is no such thing as the concept being wrong,” he said. “But is there a part of what we have done that simply doesn't work with the regulations, and what is it?

“You don't need to throw away the goodness. You can keep the goodness. But if there are fundamental areas that don't allow us to unlock the potential that we believe is in the car, then obviously, yeah, you need to cut your losses.”

Wolff talking about the team cutting its losses is perhaps as close to an admission as possible that it may have got things wrong, but he is adamant that such a point cannot come until the team knows exactly where the problems lie.

Asked by Autosport how soon such a point could come, Wolff said: “It is quite defined, because it would mean that you say: ‘OK, where's the baseline now? Is there a new baseline where we can start upon, where we believe that we can unlock more potential?’

“And if we would have thought that, we would have done it five months ago. We believe that this is the development direction that we need to take.

“It's a quite a tricky exercise to do and to say because before we take such decision, we need to really continue in the science and continue in finding out what it is, because only then can you actually say, ‘OK, cut the losses, switch to next year.’

“You can do it if you understand where you got it wrong, and at the moment we simply don't. Not yet.”

Krack: Aston Martin would be “foolish” not to want to keep Vettel in F1