In winning the 2021 Le Mans 24 Hours, Jose Maria Lopez firmly cemented his legacy as an Argentinian racing legend. While Lopez never raced in Formula 1, he arguably had a lucky escape with the ambitious USF1 squad he had committed to for 2010 failing to get off the ground

For all of Argentina’s remarkable history in Formula 1, it has now been 20 years since the country was last represented on the grid courtesy of unremarkable ex-Minardi and Prost driver Gaston Mazzacane. But had the ambitious USF1 team got off the ground in 2010, the baton would have been taken up by Toyota's newly-minted Le Mans 24 Hours winner Jose Maria Lopez.

A driver touted by Autosport in 2004 as a dark horse to become the first rookie Formula 3000 champion since Jorg Muller in 1996, Renault-backed Lopez had risen quickly through the junior ranks and had already tested for the Renault and Minardi F1 teams before his 21st birthday.

Signing for Coloni off-shoot CMS, he set the fastest lap on his F3000 debut at Imola before crashing out of third place and ended the year with two podiums to his name. But the switch from F3000 Lola on Avon slicks to GP2 Dallara on grooved Bridgestones for 2005 hurt his momentum and while fellow Renault junior Heikki Kovalainen jumped to the head of the queue for an F1 seat, Lopez was dropped.

Facing apparent career oblivion in Argentina, Lopez quickly learned the skills to survive in the rough and tumble of touring car racing and won back-to-back titles in the national TC 2000 series in 2008-09 - opening an unlikely route to F1.

The addition of three new teams to the grid for 2010 created opportunities for drivers on the fringes to get a foot in the door, and the ambitious USF1 team co-founded by Ken Anderson and Peter Windsor showed an interest.

With the help of late Argentine F1 legend Carlos Reutemann, a well-connected senior politician, Lopez succeeded in raising the budget for a seat and all looked rosy. 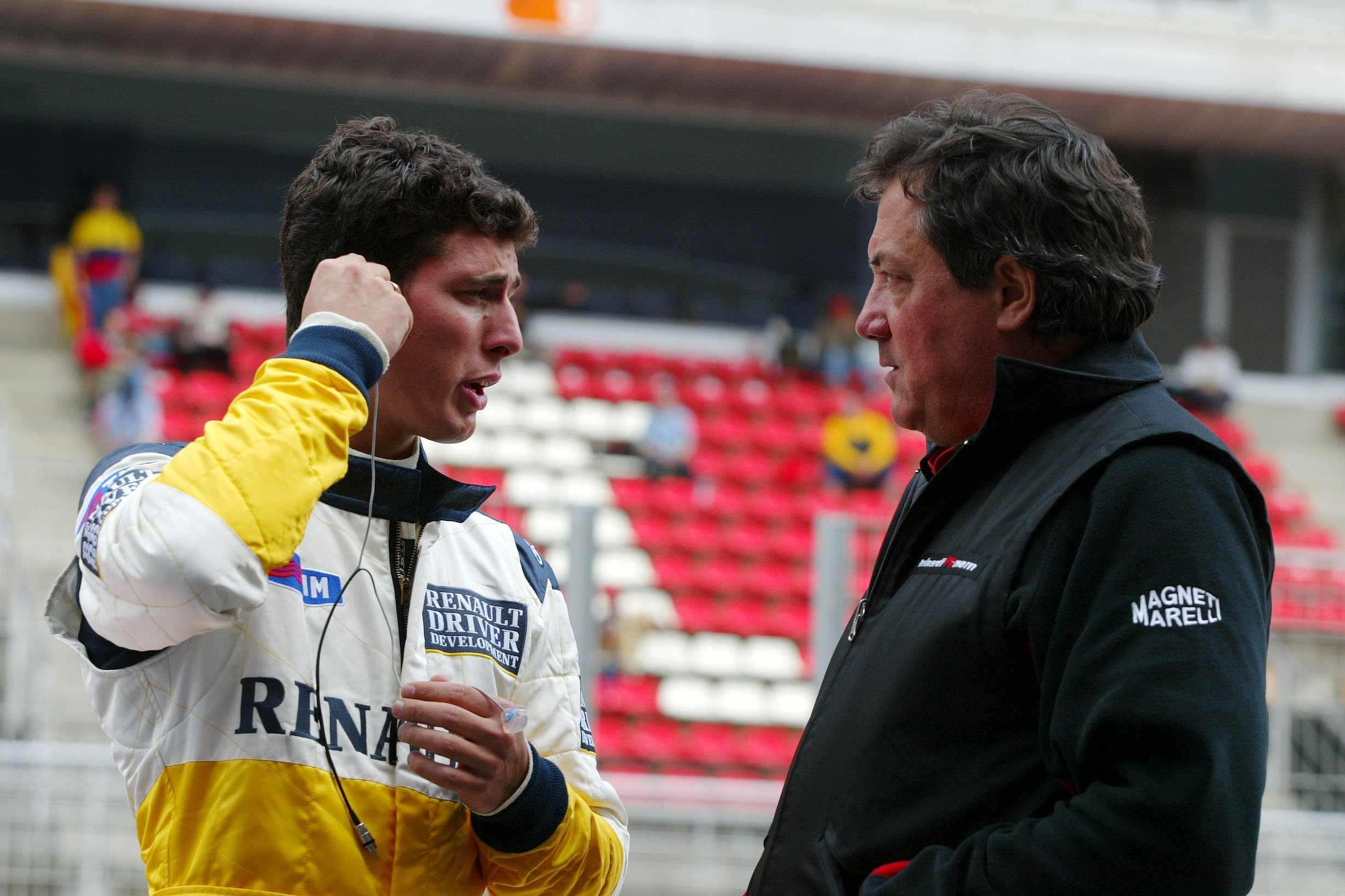 Lopez, pictured with Giancarlo Minardi in 2004, had close ties with Renault until he was cut loose at the end of 2006

“Sometimes a call was much more important than having a budget because he has such a great reputation everywhere,” says Lopez of Reutemann. “He called Bernie [Ecclestone] I remember, he helped us also with Peter Windsor so it was very important. We met the President, everything was set.”

But Lopez was kept in the dark over the numerous issues that would preclude the team from joining the grid until February, and admits he “missed a few things” while he focused on the “quite complicated” business of keeping local sponsors happy.

"It would have been a very hard year for me. I’m sure that there would have been many races that we would not be able to even be out of the garage probably, so I think at the end, it was better that way" Jose Maria Lopez

Although he did try to take the sponsorship elsewhere, funds had already been committed to USF1 that it obstinately held onto beyond the point that he could have reasonably approached another outfit.

PLUS: How US F1 became F1's lost cause

“We realised very late, they knew before for sure,” says Lopez. “Somehow they kept us until the end. We tried with other teams that were joining the series but it was already too late.”

Lopez maintains that his career wasn’t hurt by association with the failed team, but explains the biggest cost was in his loss of career momentum - having to exit contracts with the most professional squads in Argentina to take up the option with USF1, only to find himself with nothing in March 2010.

“I had to tell all the teams I was involved in I couldn’t continue, so I had to break all my contracts in Argentina and then had to start from zero again,” he says. “All the teams that I was in, they were the best teams, so all of them didn’t have a seat anymore and I had to start from scratch. I wasn’t in the same cars and it took a bit for me to try to get back again the nice things I had in Argentina.” 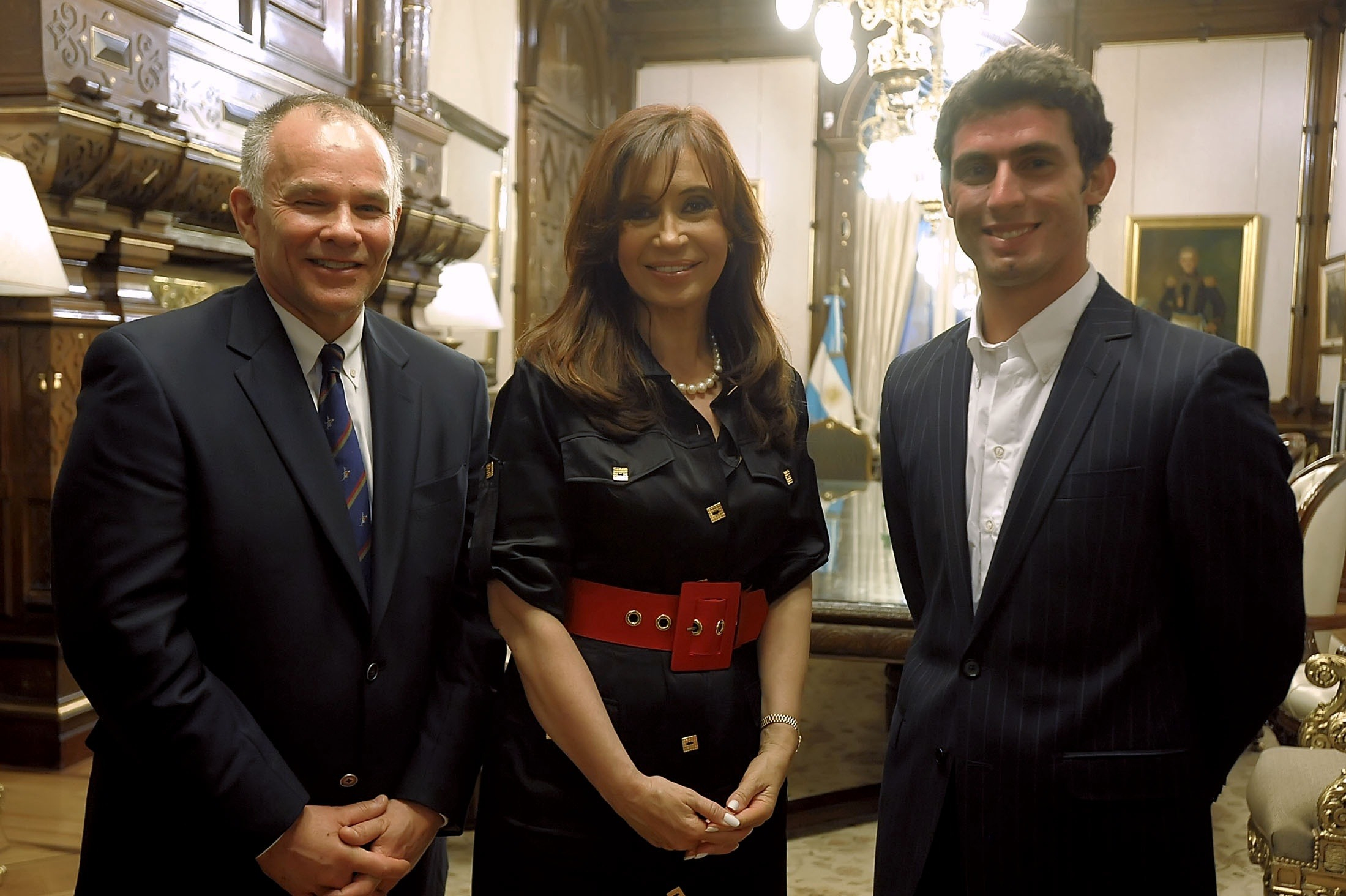 After toiling to get back into a title-winning car and claiming a third TC2000 crown in 2012, a winning one-off appearance in the World Touring Car Championship yielded a seat with Citroen for 2014, and three titles on the spin.

Once again he was a man in demand, scoring two podiums in 33 Formula E starts for Virgin and Dragon, and joining Toyota’s LMP1 WEC squad for 2017 - claiming his fourth world drivers title in the 2019-20 World Endurance Championship.

PLUS: Why Argentina’s current great isn’t motivated by emulating Fangio

Le Mans success had famously eluded Lopez and his team-mates Mike Conway and Kamui Kobayashi, but after several agonising near-misses the trio put it right in 2021. In doing so, Lopez become only his nation's second-ever Le Mans winner, and the first since Jose Froilan Gonzalez in 1954.

His subsequent success means Lopez takes a philosophical approach when considering what might have been had USF1 somehow made it onto the F1 grid. Having been accustomed to winning most weeks in Argentina, he believes people “would have expected me to do the same in F1”.

“People sometimes they don’t really understand the potential of the cars,” he says, “and when I look at what the new teams did that year, it would have been a very hard year for me. I’m sure that there would have been many races that we would not be able to even be out of the garage probably, so I think at the end, it was better that way.

“I like to think that things happen for a reason. Even if I didn’t get to Formula 1, I can’t really complain about my career. I have achieved much more than I have dreamed of.

“It was a bit of a disappointment it didn’t happen and in the way it happened, there were many things we didn’t know at the time. But for me it would be much worse to know that I had the opportunity and I didn’t try.

“In the end, I did everything I could to be in F1 and it didn’t happen, but I still achieved four world titles out of F1. The only thing we missed was the seat at the end, but I don’t regret it, honestly.” 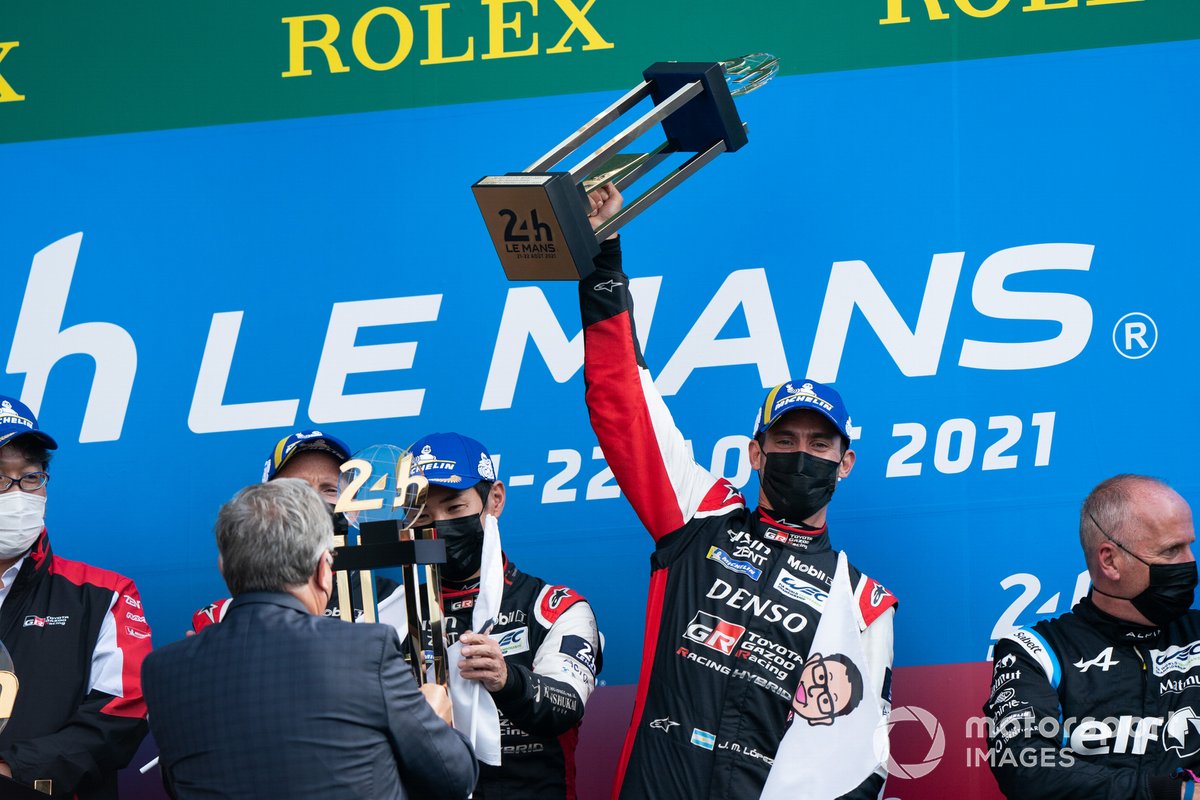 How F1’s environmental stance can help its under-pressure partners