Vettel delivered his best performance of the campaign so far as he surged into top three contention early on after a great getaway from 12th on the grid.

Although he had slipped back to fourth in the closing stages, a last lap mistake from team-mate Charles Leclerc in a battle with Sergio Perez opened the door for him to grab third across the finish line.

Binotto, who was absent from the Turkish Grand Prix, felt that the performance from Vettel proved that he was finally making some progress in unlocking speed from the SF1000.

"I'm very pleased for Sebastian," said Binotto. "I think a podium for him is very important. It has been a difficult season for him.

"I think he has started being, at least now at the end of the season, [more] comfortable with the car. He's delivering better.

"He had a very good start, very consistent, with good pace. He was managing the tyres, managing to keep the positions, and holding the positions. And overall, even on the last lap, he did well because he took the opportunity. And it's great for him. 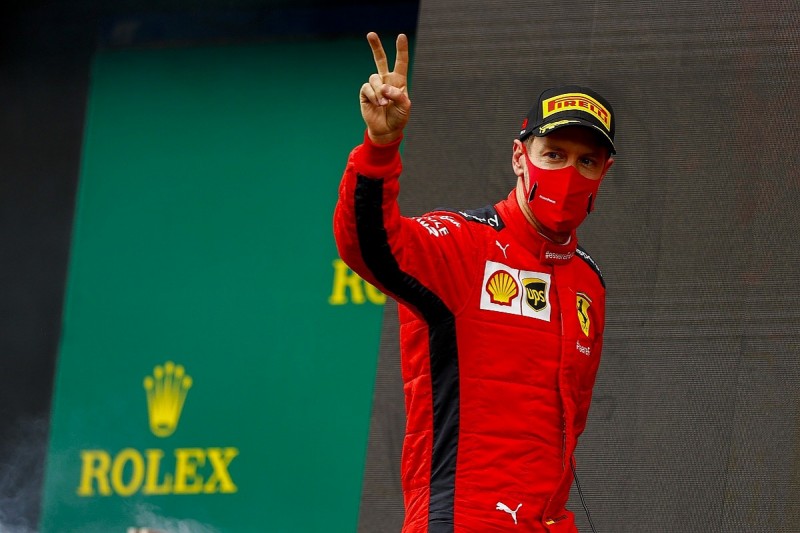 "He just finished third, very close to Perez. But great, I'm happy for him. Still three races, and hopefully we will do as well in the next one."

Vettel has been open that he has had difficulty extracting as much speed from his car in qualifying as Leclerc because he does not feel as comfortable in finding the grip limits.

His lowly grid positions then compromise his race efforts as he gets trapped battling in the tight midfield pack.

Speaking after the Turkish GP, Vettel said he hoped that his step forward in Istanbul can point him towards being more competitive in the final three races of the year.

"I think I've struggled obviously to squeeze the maximum from the car," he explained. "So I hope in the next races that we are closer.

"The races I think we've had so far have obviously been compromised, because once you're in the back, you're sort of stuck. In the wet everything is a bit different, and you can... you can be lucky or unlucky, you can make a difference more than in the dry."

World champion Lewis Hamilton confessed after the race to reflecting on the struggles Vettel had faced this season as they battled for track position during the Turkish GP.

"I was behind Seb and for a moment I was thinking I might get past him, but then me and him were having this battle and it was so frustrating not to be able to get past him," said the Mercedes driver. 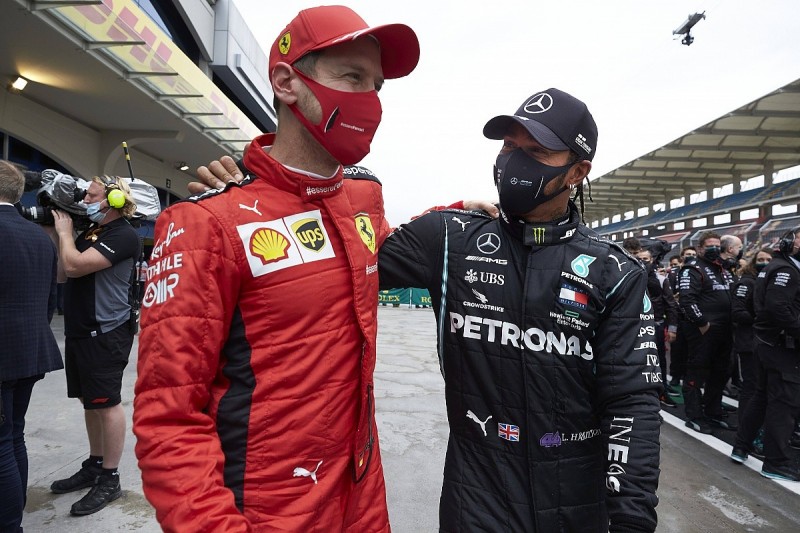 "But also I was thinking: 'You know what, Seb has had the toughest year, I would say arguably perhaps in his whole career' and I just thought he was driving so well.

"But at the same time I was like: 'He's doing so good, but dammit, he's in the way, the guys up ahead are getting away!' And then he started pulling away from me and I think at that point I could definitely see the win seeping away."