Sebastian Vettel says it is a "shock" the Brazilian Grand Prix could move to Rio de Janeiro in 2020, while Nico Hulkenberg would "drop a tear" over losing Interlagos

Controversial Brazilian president Jair Bolsonaro has claimed the race will move from the Interlagos circuit in Sao Paulo, which has hosted the grand prix since 1990, to a new purpose-built circuit in Rio that could be named after Ayrton Senna.

The announcement of a deal to construct a new track in the western Deodoro district came amid uncertainty over the long-term future of Brazilian GP.

Ferrari driver Vettel said: "I wasn't aware that it's going to happen. I heard some rumours but I think it's a shock.

"Interlagos is a great place, a lot of history. The old track at Interlagos is even better than the current one!

"But I couldn't think of anything, other than maybe the track being a little bit short, that Interlagos is missing.

"I'm really looking forward to the last race we have there. Who knows, in the future, if we go back?

"It's a great place, so it's a real shame. I'm sort of a fan of hanging on to old things.

"It would be nice to go back very soon. Maybe have two races in Brazil, since the crowd is usually quite amazing."

Renault's Hulkenberg said losing Interlagos, where he claimed a shock pole position for Williams at the end of his rookie season in 2010, would "make me sad". 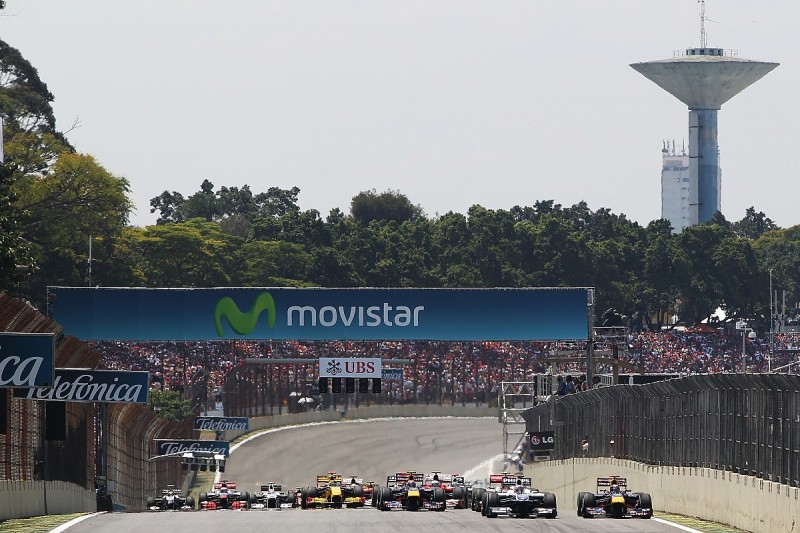 "I would actually drop a tear," he said. "I think I would initiate a crowdfunding!

"Let's do both, Sao Paulo and Rio. Brazil is a big country. I'd be happy to do both."

The former home of the Brazilian GP in Rio, Jacarepagua, was demolished to make way for the Olympic Park in 2016.

Rio's new Deodoro circuit, which will be built on land that has been given up by the military and is set to be designed by Hermann Tilke, will apparently be constructed this year.

McLaren driver Carlos Sainz Jr said: "I like Sao Paulo, I like its track, this old school-layout, the history it has from the '90s and also the famous title fights there. It brings great memories.

"It depends on the track they build in Rio.

"If they build a cool track with cool racing, I think the city's great, from what I've heard.

"I just ask for a cool track with cool racing, good overtaking and a fun track for the drivers.

"Then I think we wouldn't miss Sao Paulo as much as we will if it doesn't go so well."