Four Formula 1 drivers including Sebastian Vettel have been reprimanded for failing to remove their t-shirts ahead of the national anthem in Hungary on Sunday.

Vettel, Valtteri Bottas, Carlos Sainz Jr and Lance Stroll were summoned by the stewards over a breach of the pre-race procedure outlined by race director Michael Masi.

It centred on the fact that they failed to remove their t-shirts as instructed ahead of the national anthem, contravening the guidelines set out in the procedure notes.

Vettel opted to wear a rainbow-coloured t-shirt with the words “Same Love” on the grid, having previously worn shoes sporting a rainbow flag on Thursday in a message against Hungary’s anti-LGBTQ+ law, a matter he also spoke out about.

Vettel failed to remove this t-shirt for the national anthem, while Stroll, Bottas and Sainz also kept on their We Race As One t-shirts on which they wore during the message of solidarity by F1 a few minutes earlier.

All four drivers met with the stewards and were handed a non-driving reprimand for breaching Article 12.2.1.i) of the FIA International Sporting Code, which is “failure to follow the instructions of the relevant officials for the safe and orderly conduct of the Event.”

The bulletins said the drivers claimed they “forgot to take off the WRAO t-shirt in time during the national anthem because of the onset of rain”. 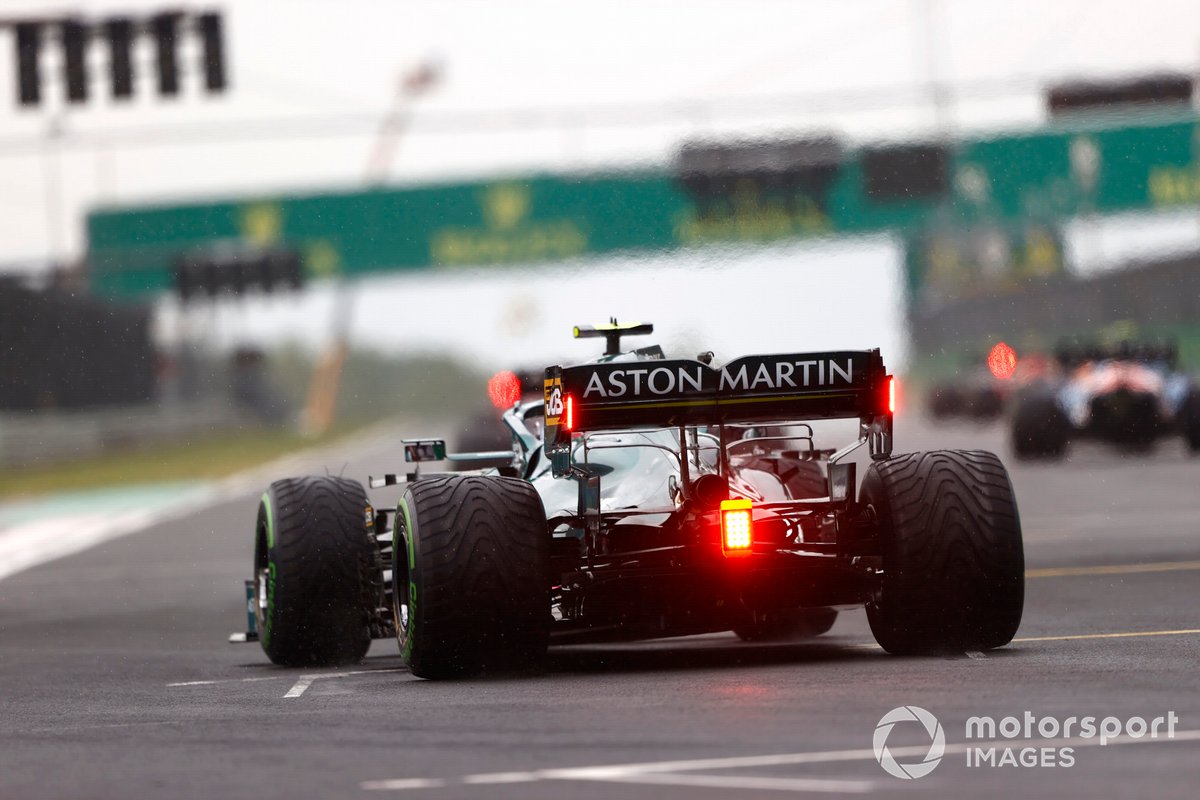 The same wording was used in the bulletin about Vettel, even though he was not wearing a We Race As One t-shirt for the national anthem.

Vettel spoke on Sky Sports about the summons before the stewards’ decision, assuming that it was regarding the t-shirt, but made clear that he would do the same thing again.

“I heard it’s because I left my shirt on for the national anthem,” Vettel said.

“I’m happy if they disqualify me. They can do whatever they want to me, I don’t care. I would do it again.”

Race winner Esteban Ocon was also hit with a reprimand after the race for failing to park his car in parc ferme, instead abandoning his Alpine at the end of the pit lane.

“During the hearing Ocon explained that he missed the pit entry and figured that the best place to stop would be close to the pit exit,” the stewards wrote.

“He apologised and confirmed to be more careful next time. The Stewards do not assess this as a breach of parc ferme regulations.

“Ocon did not follow the race director’s instructions however and therefore a penalty as stated above is appropriate.”