Vettel hoped to "sneak back" past Verstappen before Silverstone crash

The two drivers were locked in a battle for third place in teh final third of the race, when Verstappen was able to make a move around the outside of Stowe corner to take the final podium spot.

But after the Red Bull driver lost some momentum on the exit, Vettel closed in approaching Vale and got a run on his rival.

Once Vettel realised there was nowhere to go, he tried to brake to avoid hitting Verstappen but it was too late and he slid in to the back of the Red Bull car.

"Obviously I got passed on the way to Stowe and he ran a bit wide, so I was able to get a better exit out of 15," explained Vettel.

"Then from my point of view it looked like he was giving a bit of room on the inside, so I wanted to go for that.

"But by the time I went that gap closed again and then it was too late.

"I tried to go back to the right - but it was too late to avoid him and the crash." 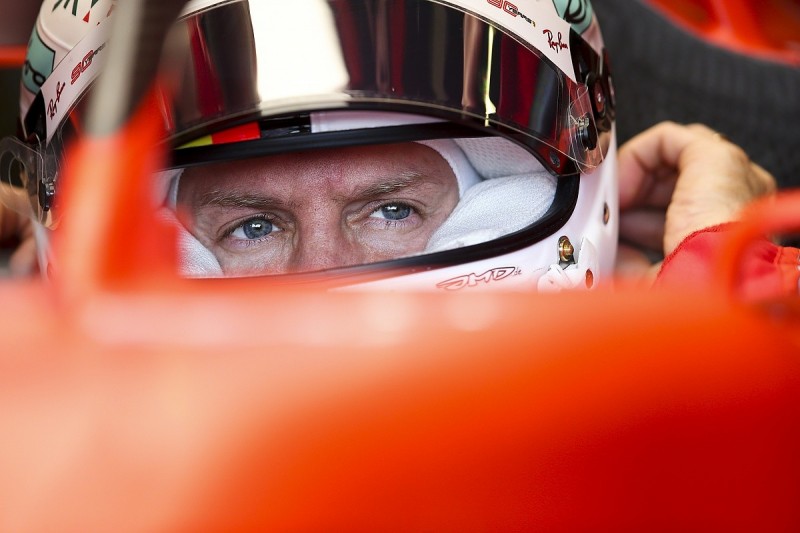 Asked whether he felt the incident was caused by a misunderstanding, Vettel said: "In the end it's my mistake.

"Obviously he was a bit faster and closing quite quickly and passed very easily before Turn 15.

"But then [Verstappen] ran a bit wide, so I thought I could sneak back.

"But as I said, I thought there was a gap that then turned out to not be there. It's a misjudgement from my side."

Vettel was handed a 10-second time penalty, as well as two points on his licence, for his part in the crash.

He finished 16th, having required an extra stop for a new nose, while Verstappen recovered to finish fifth.

"Of course initially I thought that there was a gap and the gap closed, but after some laps I realised that it was my mistake," he added.

"So I went to Max and told him what I thought. That to me counts more than anything or any stewards decision to be honest."

Podcast: Could Bottas have beaten Hamilton in the British Grand Prix