Sebastian Vettel feels his ‘No War’ Formula 1 helmet design is a “strong sign” to show support for Ukraine, but wishes there was no need for it to be used.

Amid the ongoing conflict in Ukraine following its invasion by Russia, the Grand Prix Drivers’ Association came together in Bahrain ahead of pre-season testing for an event on the grid, wearing t-shirts and holding a banner with the ‘No War’ message.

For the test running in Bahrain, Vettel unveiled a helmet carrying same message and the Ukrainian flag, as well as a dove holding an olive branch in its mouth and the lyrics to John Lennon’s song Imagine on the top.

“I wish I would have not come up with the design, because there was no need,” Vettel said on Saturday in Bahrain.

“It's a strong sign to just show the support. All the drivers got together as well on Wednesday as we thought we'd use the opportunity to just show that we are united and take a stand. 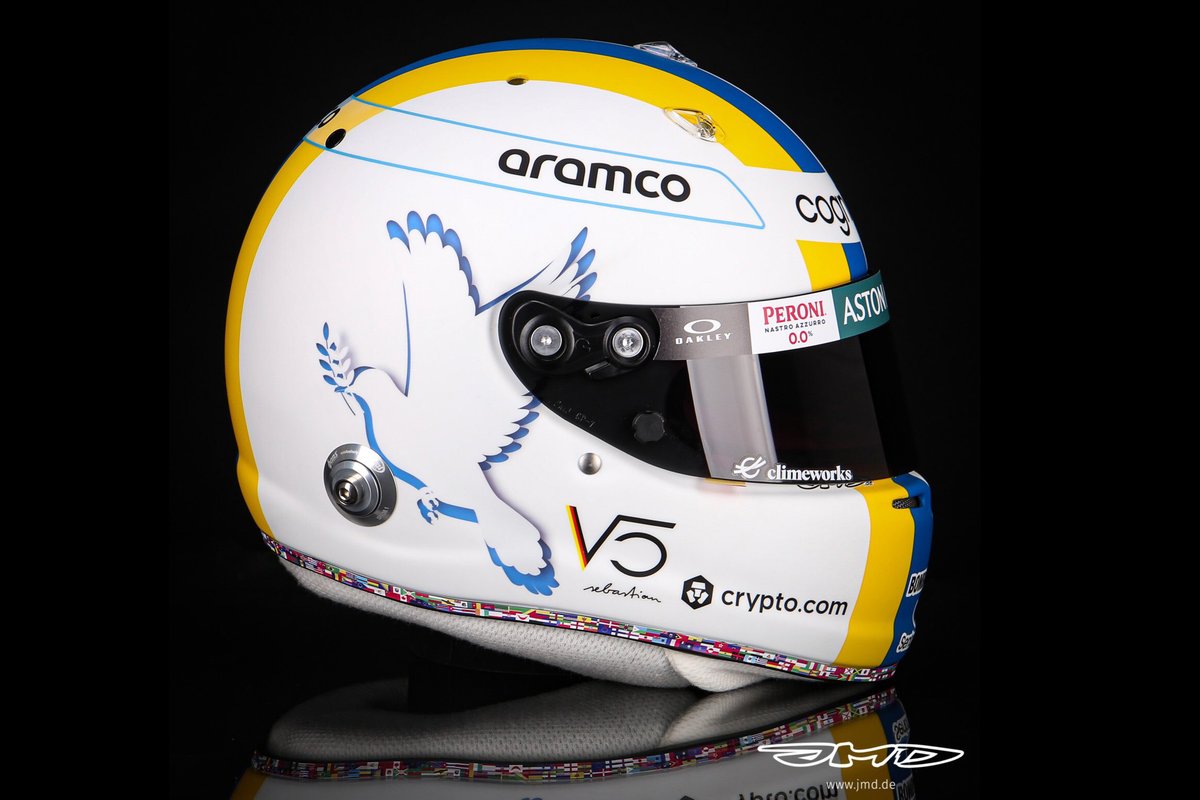 “It's horrible what's happening. It’s like a nightmare and we don't seem to wake up, so that's the simple reason why my helmet design is quite simple and but effective I decided to go that way.”

Vettel was forced to make a tweak to the design as one of the flags included was from the unrecognised region of the Turkish Republic of Northern Cyprus. His helmet designed, Jens Munser Designs, issued a statement apologising and saying that stock images had been used for the flags.

“Around the bottom there is just the opportunity as a small sign to have all the flags of the world,” said Vettel.

“I didn't check all the flags but apparently there was some issues. I took the little sticker off because some people got upset, which I think fails the message.

“The message is that obviously the whole world should be united and is united I think to fight war. We grew up in times of peace and I think we appreciate peace a lot.

“It’s like a nightmare, a shock to see the images and to see what's happening in the news.”

Vettel has been a vocal figure regarding issues throughout the world in recent years, often using his helmet design to spread messages.