Max Verstappen will start Sunday’s Formula 1 Russian Grand Prix from the back of the grid after Red Bull opted to fit a fresh Honda power unit.

Red Bull was braced for a grid penalty at some point in the second half of the season after losing one of Verstappen’s three engines for the season as a result of crash damage at Silverstone when he collided with Lewis Hamilton.

Verstappen entered the Sochi race weekend facing a three-place grid penalty as punishment for being predominantly to blame for the collision with Hamilton at Monza two weeks ago.

Verstappen said on Thursday there were still “question marks” about whether Red Bull would opt to take the fresh power unit in Sochi, and that a decision was yet to be made.

But following the start of second practice for the Russian Grand Prix on Friday, it was confirmed that Red Bull had taken a fresh power unit for Verstappen’s car, fitting a complete set of new elements.

It means Verstappen will start Sunday’s Russian Grand Prix from the back of the grid with the penalties applied, having taken a new engine, turbocharger, MGU-H, MGU-K, energy store and control electronics, as well as a fresh exhaust. 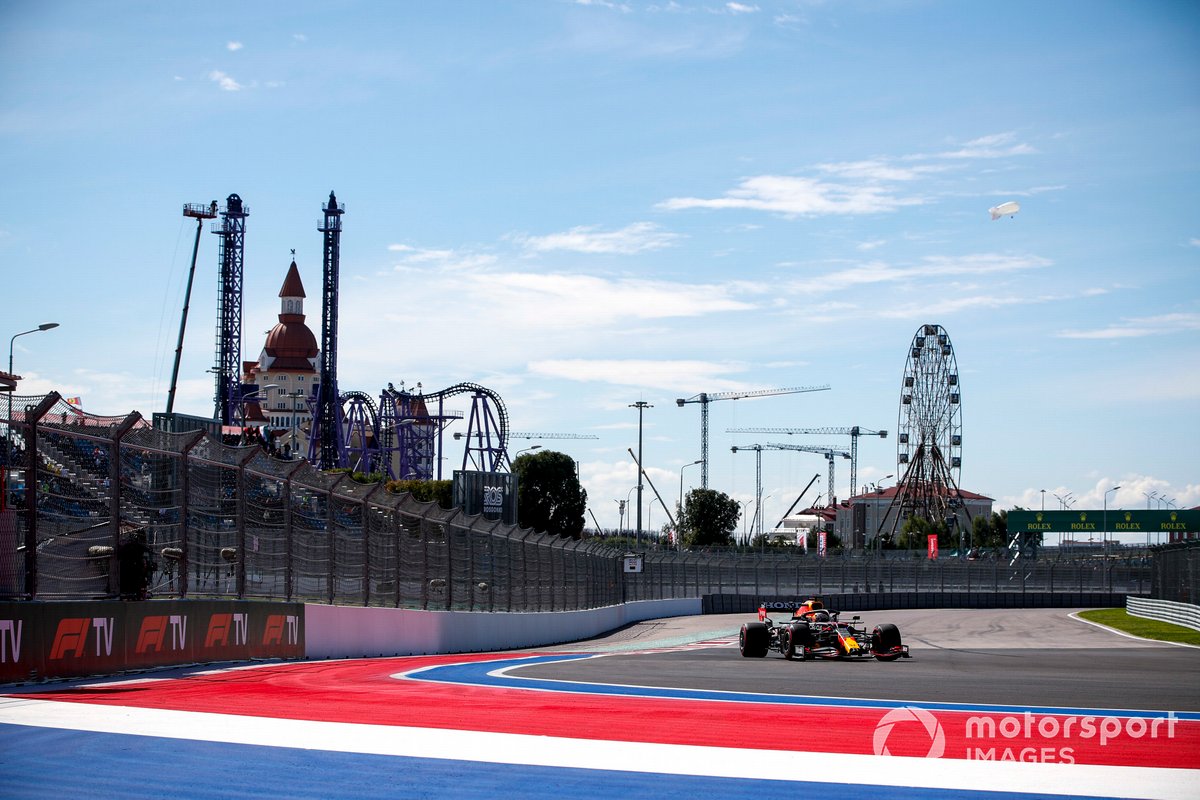 The decision by Red Bull gives Mercedes and Hamilton a chance to take advantage in their respective title battles. Hamilton currently trails Verstappen by five points at the top of the drivers’ standings, while Mercedes sits 18 points clear in the constructors’ championship.

Mercedes has never lost a race at the Sochi Autodrom, enjoying a winning streak that dates back to the track’s first F1 grand prix in 2014.

Verstappen is not the only driver set to start at the back of the grid on Sunday after Ferrari opted to take a fresh power unit for Charles Leclerc’s car ahead of FP1 in Sochi.

It leaves Hamilton as the only driver from the leading two teams who is yet to move on to a fourth power unit this year.