The Red Bull driver had three runs in the 12-minute Q3 session thanks to having three sets of fresh ultra-soft Pirelli tyres available, but spun into the gravel trap at Turn 8.

Verstappen was attempting to improve on sixth place, and admitted to being a little early on the throttle while attempting to make up for lost time through the Turn 7/8 left-right S towards the end of the lap.

"In Turn 1 and Turn 3, everything went well but then there was a yellow flag out of Turn 3 so I couldn't get my DRS and I lost two-and-a-half tenths," said Verstappen.

"But I was only one-and-a-half tenths above my lap time and I kept pushing.

"Through Turn 6, I was almost zero [off his earlier time] so [I thought] 'OK this can still be a good lap at least to move up to fifth or whatever'.

"But then in Turn 7, I went a bit too early on the throttle so I lost the rear.

"These things happen, normally with a yellow flag your lap is finished anyway but I still tried to just get a tenth out of it."

Verstappen remained sixth at the session's end, 0.087 seconds off team-mate Daniel Ricciardo, and said struggles at the Turn 3 hairpin made life difficult on his earlier runs.

"In Turn 3 in qualifying I had difficulty getting a good line, so I tried different lines and, actually, in Q3 it got even more tricky," he added.

"My first run, that was the problem why I lost time and then on the second run I clipped the inside kerb in Turn 1, so I was not very happy with myself." 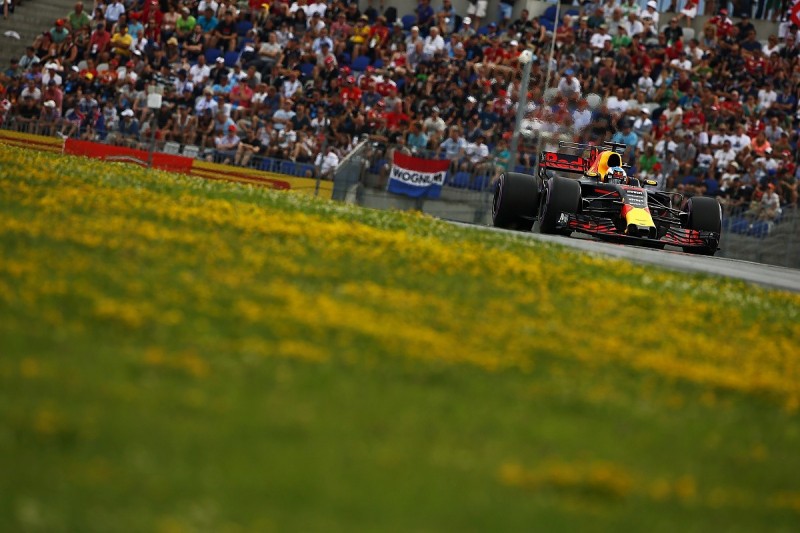 Ricciardo believed he potentially had the pace to challenge Kimi Raikkonen's fourth place in qualifying, which became third on the grid thanks to Lewis Hamilton's gearbox penalty.

But he conceded that even if the yellow flags had not scuppered his run and allowed him to overcome the 0.117s gap based on their first runs in Q3, Raikkonen would likely also have found time.

"I know Kimi was just in front of me on track and he caught the yellow as well," said Ricciardo.

"I look at his time and I'm pretty confident I could have gone a tenth quicker and done Kimi's time.

"But I think he probably would have improved as well, so long story short, that's probably the best I could do position wise."