Max Verstappen revealed he was "not very happy" with his final lap in Formula 1 qualifying for the Austrian Grand Prix despite scoring his third pole in a row.

Verstappen edged out surprise pole contender Lando Norris by 0.048 seconds in the final stage of qualifying at the Red Bull Ring to grab first place on the grid for Sunday's race.

It marked Verstappen's fourth pole of the season, and gives the Dutchman a huge chance to extend his points lead over Lewis Hamilton in the drivers' championship after the Mercedes driver could only qualify fourth on the grid.

Despite delivering two laps good enough for pole position, Verstappen was unhappy with how the final stage of qualifying went.

After crossing the line, he told his engineer that "we will never, ever do that again, to go first", later adding: "That was P1, but we'll talk about it later."

Verstappen had been on his own at the front of the queue of cars in Q3, meaning he could not pick up a tow from anyone ahead.

Speaking in parc ferme shortly after grabbing pole, Verstappen said that he was unhappy with the fashion in which he had topped qualifying.

"I think it was pretty bad," Verstappen said when asked to talk through his pole lap.

"I'm of course happy to be first, but not the way we got it. So, something to look into.

"But of course to be twice on pole nevertheless here is very good. Hopefully we can finish it off tomorrow."

Explaining what went wrong after the session, Verstappen said that a lock-up on his first Q3 lap and a lack of slipstream on his second lap had left him frustrated.

"Q1 and Q2 were very good I think, it was all going really smooth and the laps were good enough," Verstappen said.

"Just in Q3, the first lap, I locked up at Turn 3. It wasn't amazing, and, yeah, the second one I was the first car out so I just lost time on the straights.

"So, couldn't improve my lap, even with a more normal Turn 3.

"So it was still good enough for first but I would have liked to just have a better Q3."

Verstappen extended his advantage at the top of the drivers' championship by winning last Sunday's Styrian Grand Prix from pole position, leading every single lap of the race.

Verstappen has the chance to double up at the Red Bull Ring on Sunday, but said a point of focus would be the softer tyre compounds compared to last weekend's race. 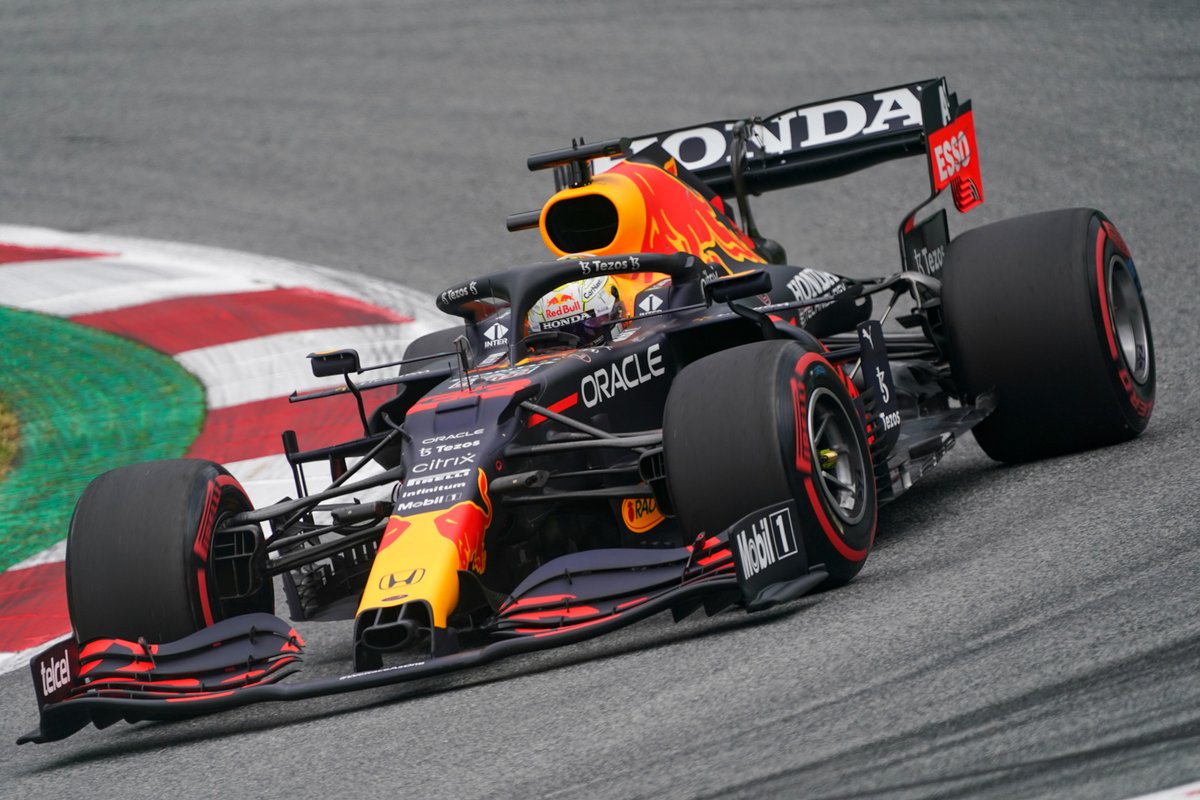 "The compounds are softer compared to last week, so it will be tough to manage those in the race," Verstappen said.

"But besides that, I think, yeah, just try to focus on our own race and then of course, we'll try to win it. But it's never straightforward."

Verstappen will be joined in the top three on the grid by Red Bull teammate Sergio Perez, who enjoyed his best qualifying since the Emilia Romagna Grand Prix in April.

"We've been chasing a lot the balance, just exploring the cars in all areas and just chipping away every single run," Perez said.

"So it didn't even come easy. It was very hard work, harder than you might think.

"But, yeah, in the end we got a good lap and a good start position for tomorrow.

"I believe that tomorrow we've got a better race car than in qualifying."