Max Verstappen says he has "full trust" in Lewis Hamilton when racing the Mercedes driver wheel-to-wheel, which has happened at every race so far in the 2021 Formula 1 season.

Verstappen and Hamilton are currently separated by eight points in the drivers' championship heading into this weekend's Spanish Grand Prix, after Hamilton beat Verstappen home in the last race in Portugal.

That event featured the two championship leaders each passing the other – Verstappen getting by at the early safety car restart before Hamilton moved back ahead a few laps later following the Red Bull driver making a small mistake exiting the penultimate corner.

PLUS: What needs to "change" for Red Bull is ending Verstappen's errors

Those exchanges followed their controversial late battle at the Bahrain season opener – where Verstappen had to move aside and let Hamilton back by after completing his pass off-track – and the first real corner of the Imola race, where they clashed – with Hamilton forced over the kerbs with a damaged front wing.

When asked how much he was enjoying the close fight with Hamilton so far in 2021, Verstappen said: "It's been really cool, especially when you race a driver, when you know that you can go to the absolute limit [with them]. 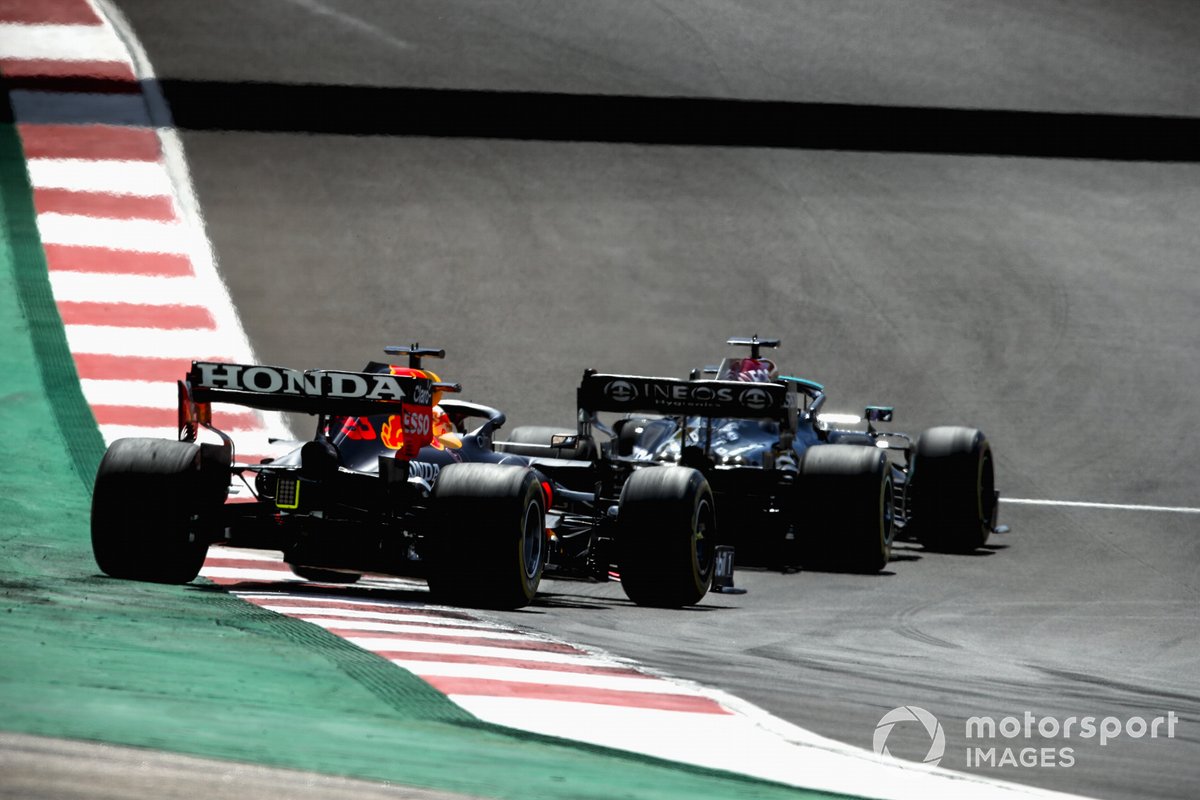 "I guess you can trust each other to just race super-hard. I think that's always really nice because you can see the in the three races we've had it's been really close to each other but predictable.

"Lewis has never had something like 'oh, we're going to crash' or something. I always have full trust in Lewis that we'll give each other enough space."

Hamilton, who has regularly said during his years of dominating F1 that he would welcome regular wheel-to-wheel fights with drivers outside his own team, said he would "just second that".

He added: "I think it is naturally down to respect and I think [we're] both very, very hard – but fair.

"But I don't think either of us has a plan to get any closer than we have been."