Stoffel Vandoorne says McLaren needs to sort its reliability before it can think about comparing him with Lando Norris, his potential rival for a 2019 Formula 1 seat

With McLaren assessing its options for Carlos Sainz Jr's team-mate after Fernando Alonso's exit next year, its reserve driver Norris made his grand prix weekend debut in Friday morning practice in Belgium.

That put him out on track at the same time as under-pressure McLaren incumbent Vandoorne, as Norris was given Alonso's car.

Vandoorne was last in the session, two places and 0.086 seconds behind Norris, but completed half as many laps as the Formula 2 frontrunner due to multiple car problems.

"Obviously they want to see how we compare but I think first of all the team should give a car that is able to run on track before we can really compare," said Vandoorne when asked about potential comparisons with Norris.

"Problems in FP1 with the brakes at the start and then an engine related issue later. We didn't really manage to get any proper laps in.

"In FP2 as well we started off with some more problems. We more or less had one normal run. It didn't really feel like I've been working today." 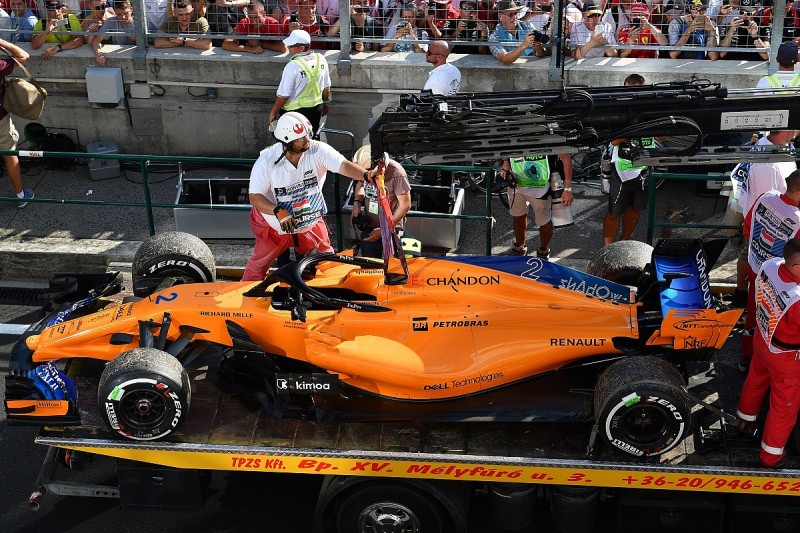 Vandoorne feels that the bulk of McLaren's reliability issues are now hitting his car, and added that his poor Friday was particularly painful in front of his home crowd.

"I've always been very positive and the past few races have been very difficult, but now the problems are starting to fall on my side a lot," he added.

"It's a bit difficult to understand why it's always happening to me.

"The team is trying to do the best possible job but right now [the issues] are starting to fall to my side a lot.

"I try to be optimistic but every time I get in the car there's a problem again.

"I just want to have a normal day without problems and then things will go a lot better.

"I really feel the support of the people here. It hurts not to be able to give them a good result."

Asked if he would express anger to McLaren, Vandoorne replied: "What does that change to the situation?

"I think I've showed often enough within the team what I want, but there's nothing I can change about the problems we're facing right now."