McLaren's Stoffel Vandoorne believes he has driven "really good races" before his eighth-place finish in Formula 1's Mexican Grand Prix, but they went unnoticed because he had not scored points

The Belgian has endured a dismal run of form for the majority of the 2018 season, and had failed to score a point since the Azerbaijan Grand Prix in late April before Sunday's Mexico City race.

His result was set up by an error-free 57-lap stint on supersofts until the end of the 71-lap race, that netted him a comfortable eighth between the Saubers of Charles Leclerc and Marcus Ericsson.

Vandoorne, who will switch to Formula E after he was dropped by McLaren for 2019, said he did not think his performance was particularly special, adding he thought recent strong showings had been overlooked because he failed to finish in the top 10.

"I think there have been some really good races a couple of races ago as well, but everybody notices because we are rewarded with points," he said.

"I am very happy with the performance after lap one. We were last and we had to make a great recovery. [I'm] super happy with how everything went.

"We had some good overtakes on track, we made the tyres last in the crucial moments, we attacked when we had to attack." 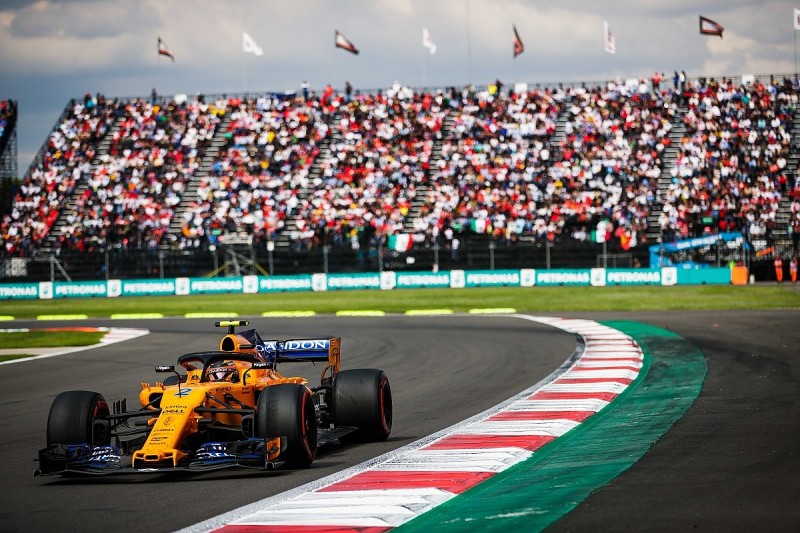 Showing a photograph of Vandoorne's heavily worn rubber, Stallard said: "On the inside of the front left tyre it looks smooth because the grip rubber is completely worn away.

"[It was] so impressive to drive tyres like this with no mistakes."

Vandoorne admitted that having something to celebrate at this stage of the season meant he could also enjoy his final races in F1 more.

"It's important for us for the constructor's championship. Now I'm going to enjoy the last couple of races."

Mexican GP winner Verstappen admits he was overdriving early in '18