US GP: Kovalainen sure he matched expectations in Lotus debut

Heikki Kovalainen reckons he did everything that could have been expected in United States Grand Prix qualifying, after securing eighth on the grid for his Formula 1 return with Lotus

The Finn made it through to Q3 during his first outing for Lotus and was pleased to have finished half a second behind his team-mate Romain Grosjean at Austin.

"Yeah I am very happy," said Kovalainen. "I didn't know what to expect, and it was quite important to stay calm after yesterday when it perhaps went better than anyone was thinking.

"It was always going to be close in qualifying and even a small mistake or little bit of balance change meant you could drop out of the top 10.

"It was a bit tricky today, especially when it became cloudy and I struggled a little bit with tyre temperatures, so I could not perhaps get the most out of it.

"But overall I am satisfied - there was no more on offer from me today. That was it. So not too bad."

Kovalainen reckoned that the lower than expected track temperatures had left him struggling to bring the front tyres up to temperatures, a characteristic that Kimi Raikkonen has also suffered from this year.

"These are the issues Kimi has had in the past and the engineers are not entirely surprised," Kovalainen said. 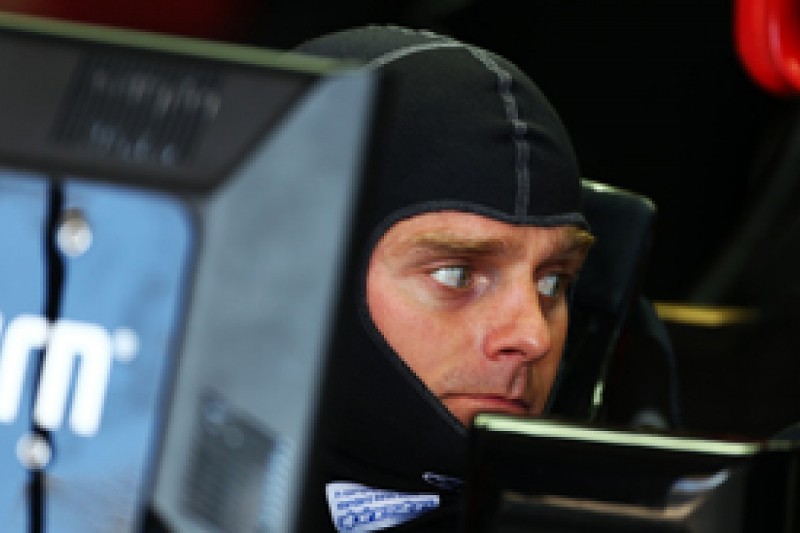 "On my last lap in Q3, I didn't have the best out-lap and didn't have room enough to keep the tyres in the perfect window. But it is the same issues for everybody.

"You can always do a bit better but when the temp rises it should be better for us - we should be able to go quicker."

Kovalainen doubts the front tyre issue will hamper him in the race, especially with the weather expected to be warmer on Sunday.

"Yesterday in the warmer conditions both the shorter and long runs felt OK. So tomorrow, it depends a little bit how the weather is," he said.

"If it plays into our hands or not, we have to make the most of it. We have to stay calm and take it as it comes and stay focused."