Sebastian Vettel has rated his first 12 races of the Formula 1 season five out of 10, as Ferrari heads into the summer break without a win

Vettel is fourth in the championship, behind runaway points leader Lewis Hamilton, the second Mercedes of Valtteri Bottas and Red Bull's Max Verstappen.

A time penalty in the Canadian Grand Prix cost Vettel and Ferrari a victory after they finished first on the road, but Vettel has struggled to assert himself ahead of rookie team-mate Charles Leclerc, who is fifth in the championship and 24 points behind the four-time world champion.

Rating his season out of 10, Vettel said: "Five, not happy with the first half.

"I think I struggled here and there to really get on top of the car.

"I think we've been trying a lot of things, so fair enough.

"Obviously we wanted to squeeze out more, so you're always looking for more, but I feel I can do a better job in the second half.

Vettel was responding to a question posed to the top-three finishers at last weekend's Hungarian Grand Prix. 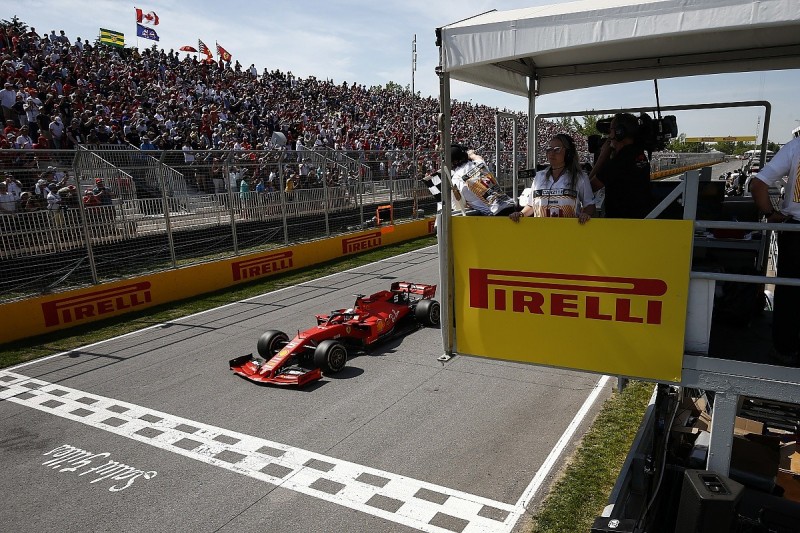 Hamilton replied: "If it wasn't for the last one [in Germany, where Hamilton crashed while leading and finished ninth], it would be a little bit higher.

"I think the good thing is always to score yourself a little bit lower so you have more to work on.

"There are areas that we can continue to work on.

"So let's see if we can try and up that into the nines or try to get to the 10s in the second half of the season."

Verstappen, who has won two races and finished second in Hungary after starting from pole, said he did not rate himself in numbers.

Vettel teased him for not answering and ask if he used "letters" instead, and pushed Verstappen to answer, but the 21-year-old said he would find it "weird to say an eight or [another number]".

Verstappen added: "I hate putting a number on it because it reminds me of school as well.

"I'm always quite critical and I think it always can be better. I'll never be satisfied.

"I think it's been very positive and I've had good results but there are always things to work on."

Hamilton was asked to rate Verstappen instead and said he was "in the high nines" over the last few races.

"He'll know whether he's been on par or below par," Hamilton added.

"[In Hungary] he drove exceptionally, as he has particularly in the past three or four races, so if that continues he's going to continue to operate in the high nines towards tens." 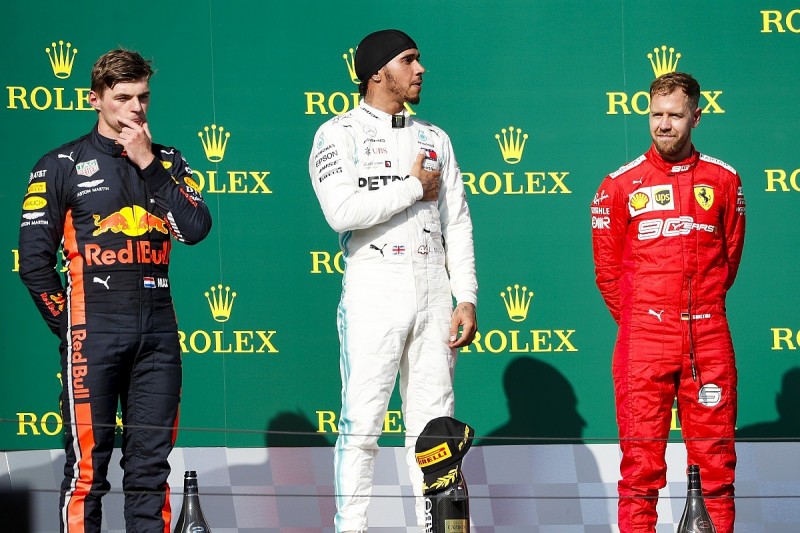