Daniel Ricciardo and Lewis Hamilton support the idea of modifying Albert Park to improve overtaking, with the latter fearing the current Formula 1 designs will further reduce passing in Australia

Australian Grand Prix Corporation CEO Andrew Westacott told Autosport earlier this year that resurfacing works will take place at the Melbourne circuit "in the next year or two", and that plan will also involve considering changes to the current 16-turn layout.

The track is unlikely to feature on the coronavirus-delayed 2020 calendar after the aborted attempt to hold the 25th F1 race in Albert Park last month.

But it will definitely return next year - when the current car designs will still be in service as a result of the cost-saving decisions implemented by F1 and the FIA to help the teams during the COVID-19 pandemic.

Ricciardo reckons that Albert Park is "a bit like Monaco, like, it's a pleasure to drive by yourself but for overtaking come Sunday it's not always the best track on the calendar".

He added: "We were asked our opinion - I guess a few of us — if we thought the track could do with some changes and we were told there were some areas on the track they could widen or try and change the angle of the corner, to try and open it up and create maybe bigger braking zones or basically more chances for overtaking.

"I think this is what is trying to be achieved. So, I'm definitely for that [and] because we've also driven this layout for a while.

"So, with a few corners changed then if it did make the show on Sunday better I think we would all be ok with that." 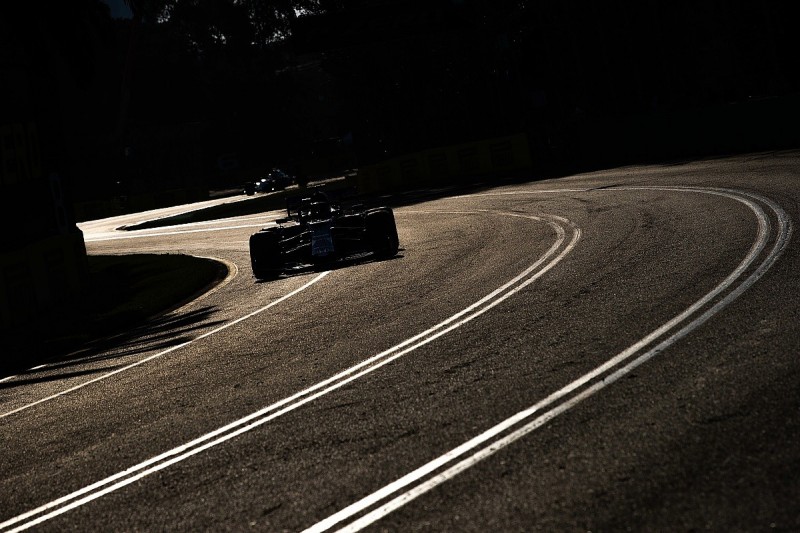 Hamilton outlined his thoughts on the impact of the 2020 designs - which have been tipped to be the fastest in F1 history thanks to their increased downforce levels - on the potential quality of racing at Albert Park.

"Particularly right now when we're getting faster and faster, you're probably going to see less overtaking I would imagine potentially," he said.

"Being that we have more downforce, more drag, which affects the car further behind even more so.

"So yeah, I'm definitely [keen] for them adding some really cool modifications.

"I don't really know what they would have to do to the actual current layout - just extending, that's going to make a big difference.

Ferrari's Sebastian Vettel feels "in a way, it would be sad to change", and suggested the AGPC should wait to see the impact of the now delayed rules revolution - which is intended to improve F1's racing - before committing to costly layout changes.

"I get the point but I don't know, obviously [the rules reset that will now be implemented in 2022] it's supposed to change a lot in terms of racing, so maybe it's wise to wait for that before you rebuild the whole track," he said.

"I think it's probably best to wait and see what happens next year and then we'll see.

"If they make the track even nicer then go ahead, but usually with those things they end up doing it not so nice."

It is not yet clear if the abandoned 2020 Australian GP will impact the AGPC's plans to work on Albert Park.

F1's Norris "won't be someone I'm not" despite "too jokey" comments