The top-down change to help address racism in F1's society

OPINION: Mercedes has revealed it will run a black livery for the 2020 Formula 1 season as a show of support for the Black Lives Matter push for racial equality. In doing so, it is taking Lewis Hamilton's desire for change to the "top" in more ways than one

"Bernie is out of the sport and a different generation but this is exactly what is wrong - ignorant and uneducated comments which show us how far we as a society need to go before real equality can happen.

"If someone who has run the sport for decades has such a lack of understanding of the deep routed issues we as black people deal with every day, how can we expect all the people who work under him to understand. It starts at the top."

Lewis Hamilton wrote the above as part of a message on his Instagram page on Friday as a response to the appalling comments given by former Formula 1 boss Bernie Ecclestone, which the championship itself moved to condemn.

On Monday, his Mercedes squad revealed that it will run a black livery for the entire 2020 season as "a statement that we stand against racism and discrimination in all forms". It also revealed that just 3% of its workforce come from minority ethnic backgrounds, and that only 12% are women. 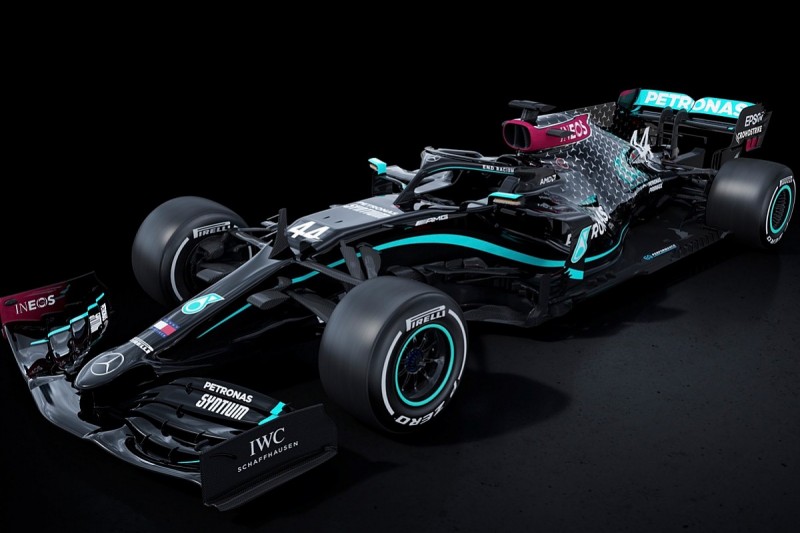 If we take "the top" of F1 in a sporting sense, then that unquestionably means Mercedes right now. The team has clinched double title success in the last six years, with Hamilton and Nico Rosberg sharing every drivers' title of the turbo hybrid era so far between them.

It currently sits at the pinnacle of motorsport's top table without peer - not that its opposition isn't working hard to overcome Mercedes' mantle of dominance.

That success has significant value for Mercedes as a business - the two W11 cars it will field for Hamilton and Valtteri Bottas are the prime pieces in what is a valuable and highly rewarding promotional programme for the marque. So, to have those machines displaying a promise to "improve the diversity of our team and our sport" is a tremendous statement, and one that supports Hamilton.

"When I spoke to Toto about my hopes for what we could achieve as a team, I said it was so important that we stand united," he said in a Mercedes statement revealing the livery change.

By keeping the livery, which it must be said (although as a clear point of secondary importance) is also utterly gorgeous, for an entire season, Mercedes is echoing Hamilton's commitment to "not stop pushing to create an inclusive future for our sport with equal opportunity for all" as his Instagram message continued.

Throughout the last five weeks, as the Black Lives Matter movement has brought fresh attention to the push for racial equality in the wake of George Floyd's killing, phrases such as "keep sport and politics separate" or "stick to racing" come up again and again - despite being completely wrong. 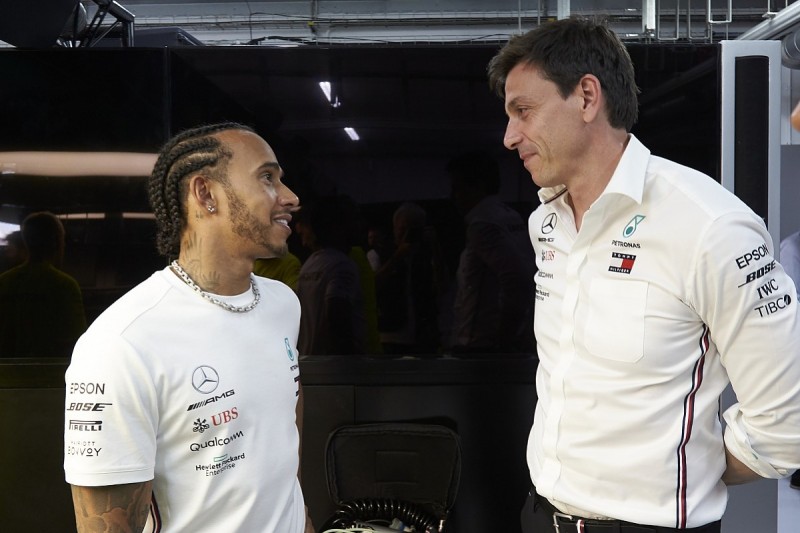 It's frustrating to see any anti-racism message attacked for being "political" when it is such a clear cut issue with only one correct stance. But it is more frustrating still that certain politicians have used racism to sow division in our societies and use this for their own gain.

F1 is its own society - one that has been willing to walk the "sport and politics don't mix" line quite uniquely throughout its history. The colours of the initial grand prix teams were associated with specific nationalities, it went behind the Iron Curtain when the Hungarian Grand Prix joined the calendar in the closing years of the Cold War, and the 1985 South African GP went ahead despite a boycott by French squads Renault and Ligier following the French government's sanctioning of the country over apartheid. In more recent years, races in Bahrain and Russia have gone ahead despite specific issues regarding human rights - which can be levelled at many other countries F1 visits with a 'normal', pandemic-free calendar.

"Racism and discrimination have no place in our society, our sport or our team: this is a core belief at Mercedes," said Toto Wolff regarding his team's move to adopt the new livery. "But having the right beliefs and the right mindset isn't enough if we remain silent."

Meaningful change on any subject in any society can't happen, properly, simply by shouting down those on the opposing side - as difficult as that can be to accept sometimes. Which is why Hamilton's continued calls to promote education and discussion are so important.

"If we can be the leaders and can start building more diversity within our own business, it will send such a strong message and give others the confidence to begin a dialogue about how they can implement change," he said in Mercedes' statement.

Returning to the issue of problematic statues still standing in society, as an example. Surely more people than ever before have learned about the despicable means with which Edward Colston made his fortune since his statue was toppled in Bristol three weeks ago? Criminal damage can never be condoned (apologies if this is re-treading ground covered in articles previously published on this topic, but it could be argued it's worth keeping existing points in mind given education is key to change) but by focusing on statues of people with racist history then we learn just why they are problematic and why it is wrong to venerate them in such ways in modern society. 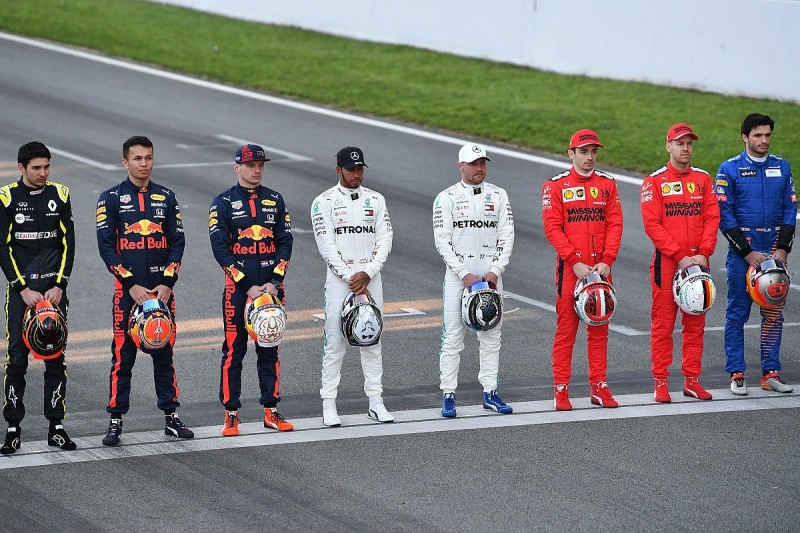 Statues are symbols and in F1 there is no greater symbol than a car - without one a driver can achieve nothing. That's pretty tongue in cheek, but the point remains. By painting its 2020 cars in a livery designed to support F1's only black driver, Mercedes has helped send a powerful message.

It will sit alongside the other sporting statements that have been such powerful actions in recent weeks - such as the English Premier League replacing player names with Black Lives Matter on the back of shirts, and the players themselves taking a knee at the start of each match.

Allied to F1's We Race as One commitment - and not forgetting that Hamilton's intervention has already made a significant impact, with many of his fellow drivers offering their public support for a cause some admitted they had struggled to find the words to address - the livery will serve as a constant reminder to keep the conversations going this year and in the long-term future to come. 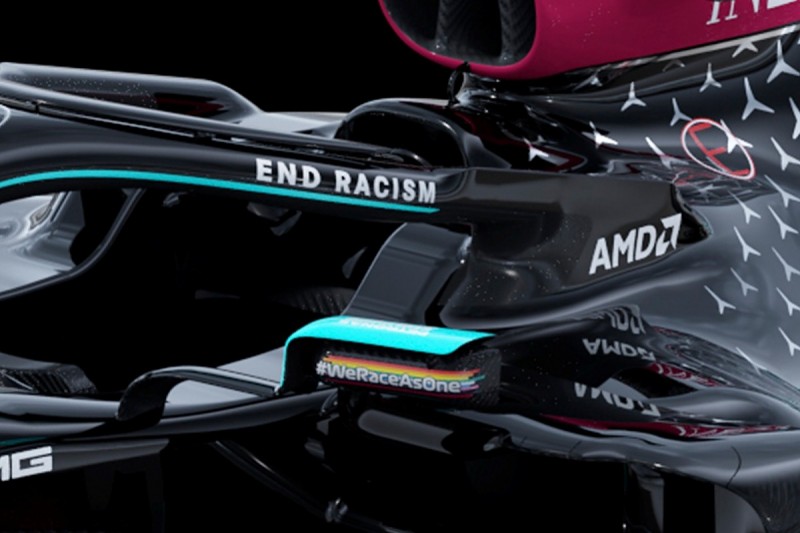 Fans warned by police to stay away from Silverstone F1 races