The Mercedes mindset that helped it bounce back in F1 2022

Mercedes was helped through its difficult start to the 2022 Formula 1 campaign by a culture of never having got carried away with its previous success, says Andrew Shovlin.

After a run of eight successive constructors’ championship titles since 2014, Mercedes found itself on the back foot with the W13, which struggled with porpoising and a lack of performance.

The opening phase of the year was especially difficult, as the squad lost weeks of development time trying to get to the bottom of what had gone wrong with its design.

After several false starts, where it had appeared to unlock the answers before falling back again, Mercedes finally got on top of matters in the closing phase of the campaign to win the Brazilian Grand Prix.

Shovlin, who is Mercedes’ trackside engineering director, says that while the turnaround was impressive – the season was far from fun at times.

However, he reckons that a mindset instilled in it during the glory years was critical in allowing it to knuckle down when things went wrong.

“It's difficult to look at the year and be very satisfied. It has been tough,” he said.

“But the culture in the team, I think, has helped us come through, and we never got carried away with our own success.

“We were quite quick to adapt to the reality that we were suddenly racing in the mid grid, from having years where we go to every race with a chance of being on pole and winning it. And I think we dealt with that quite well.”

While Mercedes chiefs kept their chin up in public over the early struggles, Shovlin confesses that there were difficult periods that had to be endured.

“There were moments that were quite uncomfortable,” he said. “The team, and the owners have high expectations, and we knew that the early part of the year was nowhere near acceptable by our standards. 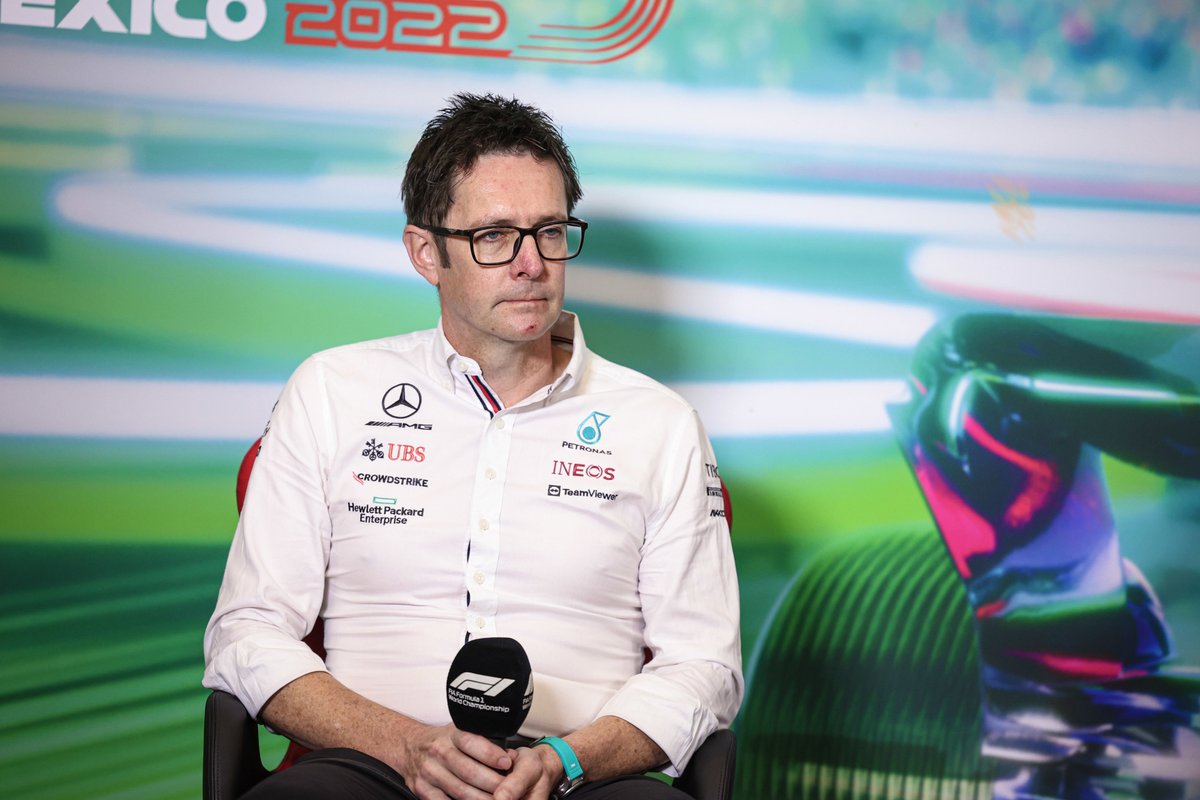 “But the team is now in good position to go into next year and challenge.

“The thing that we always said was we'd focus on the learning, not the winning. We were determined to try and make progress in that regard. And we did seem to get ourselves into a decent position.”

While dealing with the troubles was not a fun experience, Shovlin does believe that the depth it had to go to, in order to understand what worked with the new ground effect cars, could give it an edge going forward.

“In reality, we spent three months where we did very little development and it was all about learning and knowing what we needed to do,” he said.

“In the final races we were bringing updates, and we've been running everything that we've been making. So I think it probably did help us.

“I think if we could choose between the two, we'd have always chosen for rolling out with a race winner and deal with it. But honestly, I think this year has been good for the team.

“We knew that you can't win everything forever. And we knew that a year like this was always going to be there. The test was always well, when we get that year, how do we go?

“So I think it has been interesting. We've learned a lot. Whether we made the most of it will be determined next year.”