This week's AUTOSPORT magazine is a women in motorsport special, guest-edited by Williams development driver Susie Wolff. This is her editorial:

When will a woman race in F1 again? It's a bold question to ask on the cover of AUTOSPORT magazine - and a strong statement from the editor Edd Straw to dedicate this special issue to women in motorsport. Kudos to him for doing so and thank you, Edd, for the opportunity to guest-edit the magazine.

The way I look at it, our sport is just one small part of the wider story of female participation in all sports. There is momentum behind women's sport right now - just look at the success of the recent Women's World Cup football tournament in Canada - and there is no doubt that times are changing in motorsport too.

In the past, we have seen pioneers such as Divina Galica and Lella Lombardi, who were trailblazers for women in Formula 1. In my role as test driver with Williams, I am on the verge of breaking through the glass ceiling. But the sustainable progress will be made when it's no longer unusual to see women racing and winning in motorsport. 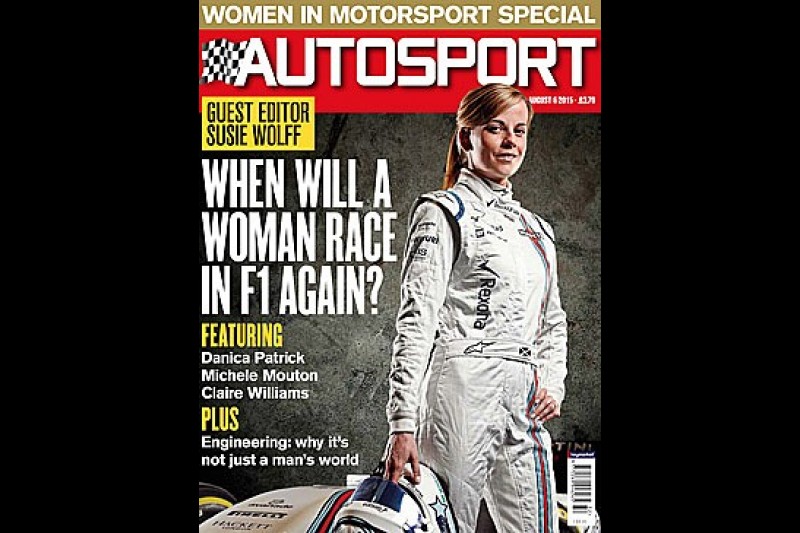 Ultimately, it all comes down to opportunity - giving talented girls the chance to prove themselves in the lower categories. There's no question that, as a woman, you have to work harder to earn the respect initially, as there is the slight doubt from many people that you're capable.

But once you do that, it's all about performance - and in motorsport, performance is power. The stopwatch doesn't see gender, race or any other factor; it just says whether you're quick or slow. And that's what you're judged on.

When I look at the steps I have taken in my career, they have been all about getting a foot in the door and grasping that opportunity. My time in DTM started with a chance to test the Mercedes car - from there, I got a race seat, learned German and immersed myself in the programme. With the machinery at my disposal, I did a solid job.

It was the same with Williams: my gender opened the door to test the car, but it was my performance that justified my continued involvement. I'll never forget the young driver test at Silverstone in 2013, when the engineers couldn't put together a definitive run plan for me because they didn't know how many laps I could manage. So I prepared well, did my training and I completed the full day.

Of course, there is a physiological aspect to the debate, because on average women have 30 per cent less muscle than men. But I did a full race distance in the pre-season test at Barcelona and showed it could be done. I am 100 per cent convinced that there is no physical impediment to women racing in F1.

Now, I am right on the cusp of breaking onto that starting grid. I can't speak highly enough of Williams and my experience working with them, beginning with Sir Frank and Claire and going all the way through the company. It's a team that knows about grasping opportunities and making your own luck - that racing spirit runs through the whole place and it's something I've drawn on many times.

I make no apology for having used gender as a USP in my career. Why should a woman deny her femininity just to conform with the expectations of the racing world? I'm a woman, I drive racing cars and if there's an advantage in terms of finding sponsorship or support, then I will make the most of it.

That's what racing is all about: finding competitive advantage and exploiting it. That can open new doors for me and other female racers, which is great. But then we have to stand or fall based on our ability.

I am realistic about where I find myself right now. Unless the rules change to make it easier for less- experienced drivers to test and get themselves on the grid, it will be hard to make the next step. But if I can't be the woman to break through the glass ceiling, then I want to be involved in making it happen for the person who does.

When I started out in racing, I wasn't comfortable with the idea of being a role model, because I still had everything to prove as a driver. Now, social media connects me with people around the world and the positive response is amazing.

There are little girls in onesies who want to be F1 drivers "like Susie Wolff" and young women hunting for career opportunities in engineering schemes with F1 teams.

I feel I have a responsibility to pass on the lessons I have learned, to help young women avoid some of my mistakes and to provide inspiration for them to chase the same dream. Female participation in F1 is changing mindsets in a positive way. The more little girls and young women who start racing, the more opportunities they will have at the top level.

We need to make sure girls know motorsport is an option for them. When I feel the time is right, I want to dedicate my energies to a project that can attract young women to the sport and help open doors for them. But it's early days yet.

We all have a duty to nurture our sport. It has given us so much and we have to put something back to help it evolve in a positive way. In the long term, a more diverse sport will be even richer, healthier and more competitive than it is today.

We need to encourage participation and make opportunities happen for the young drivers and engineers who are the future of motorsport - and that includes the women who make up 50 per cent of the population. It's great that AUTOSPORT recognises that need as well. 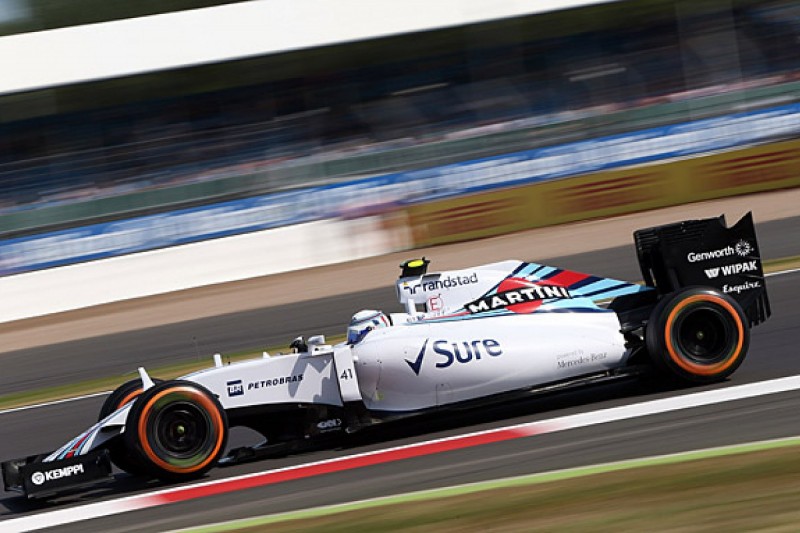