The Sauber driver started 13th in Azerbaijan last month after making it into the second part of qualifying for the first time and moved up to sixth place in the opening stint of a dramatic race.

He slipped down the top 10 as other drivers recovered but more incidents later in the race helped him score his first F1 points finish in style.

Asked by Autosport if this meant Q2 appearances and points had to be his target, Leclerc admitted "this is something I need to be careful of".

"Being realistic, this is not going to happen every race," he added.

"OK, everything went very well, but nobody should expect the same race next time. It would be stupid.

"We shouldn't expect this, but we'll work to get a similar result in the future." 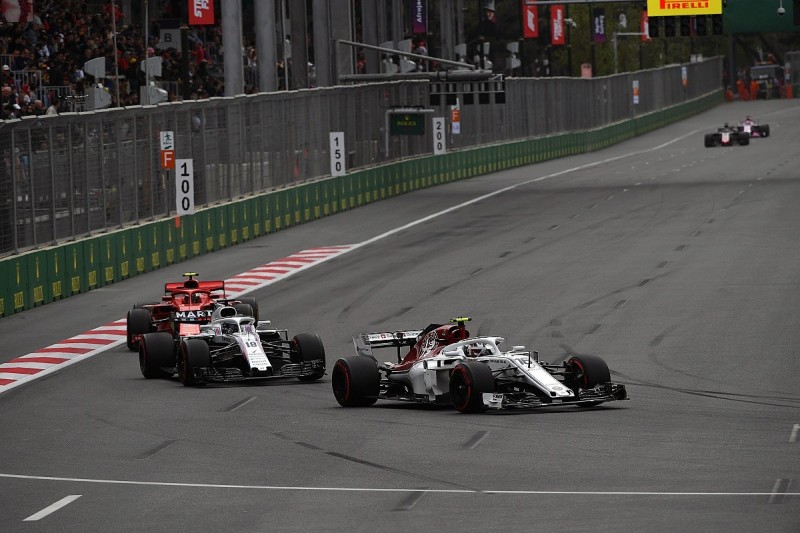 He stressed that the reigning Formula 2 champion must stay focused after a difficult start to the season.

"You know that we have to keep the feet on the ground," Vasseur told Autosport.

"At the beginning of the season everybody considered that he was a superstar, and then he was nowhere.

"We just have to calm down and be focused on the job we have to do, and to take it step-by-step.

"But I'm fully convinced that he will keep his feet on the ground, and if not, I will push it.

"He was in the right place at the right moment all through the [Baku] race. I think for his own confidence it's a good step forward."

Vasseur insisted that the race was not just about luck, and that Leclerc had been "very impressive" and "very consistent" throughout.

Leclerc's result means Sauber has scored in two of the first four races and already doubled its 2017 points tally.

Vasseur acknowledged it will get harder for Sauber to earn points as the development race accelerates.

"It's always much easier to get them at the beginning of the season, and we have to keep it in mind," Vasseur said. "It's a good achievement.

"It will probably more difficult in the last part of the season."

Why McLaren's Spain hopes are based on a myth