Haas Formula 1 boss Gunther Steiner admits he is "still not over" his drivers colliding at the British Grand Prix, expressing 'disappointing' his duo had let the team down

Steiner was left angry after Romain Grosjean and Kevin Magnussen collided on the opening lap at Silverstone, wrecking the team's chances of points and robbing it of an opportunity to compare car specifications in the race.

Although two weeks have now passed since that incident, Steiner said his anger has not subsided - especially because the outfit was in a difficult competitive situation that meant it could not afford to throw such good opportunities away.

"I am still not over it because they have got a certain amount of opportunities, and this year we are struggling in some of the races," said Steiner.

"The car on Friday [at Silverstone] was a lot better in long runs, and that is on times, and if you can compare them that is factual.

"If it would have been the same in the race, 100% I cannot say, but the chances were high.

"And then we were out on Turn 5 and P9 in the championship. I think our position at the moment doesn't' reflect where we are in reality.

"We have got these big ups and downs and when we have ups we put ourselves down one way or another, so that is quite frustrating." 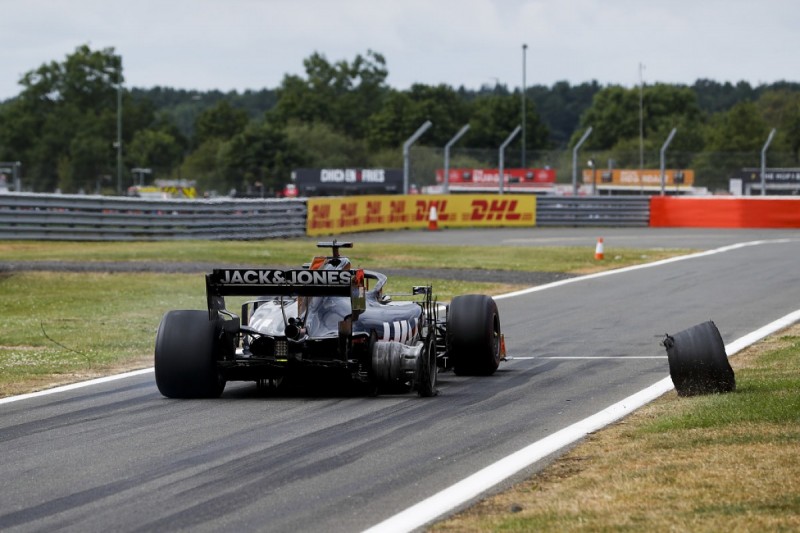 Steiner said he had not yet spoken to his drivers about how they move forward from Silverstone, but reckoned he would have no choice but to confront them.

Asked what action he could take, Steiner said: "You know what I can do, I can do a lot. I think they need to understand where we are, and that is the disappointing thing to me.

"They don't let me down as a person, they let the team down which is disappointing. As I said, I am still not over it. I get over things pretty quick, but not this one.

"We had a clear talk after Barcelona about what to do and not to do and it was not followed, which is disappointing."

One option to end the issues between Grosjean and Magnussen would be to drop one for next season, but Steiner said no decision had yet been made about who would race for the team in 2020.

"We'll decide that one after the break what we are doing for next year."

Pressed on if one of his drivers may not see out the season, he added: "After the break we will know everything about drivers for sure.

"In Spa you will all be lining up saying what did you do about drivers and I will say, we are almost there, give me a few more events and I will tell you."