The Brazilian and team-mate Valtteri Bottas struggled in Friday practice - with the team quickly coming to the conclusion that its single-lap form was being hurt by overheating its tyres too much.

Set-up changes that were made on Friday night transformed the performance of the car, and Williams's recovery was shown when Massa briefly topped the times after the first runs in Q3 before slipping back to sixth.

"Honestly straightaway after FP2, our guys pretty much knew what the problem was," said Massa about what had changed overnight.

"It was clear that our tyres were too hot.

"And the long run was very difficult as well because it was using the rear tyres too much. But for sure we found the problem.

"It was actually [due to] some specification that we were thinking was the right one for this track, so we changed it and found the problem."

NO DREAM OF POLE 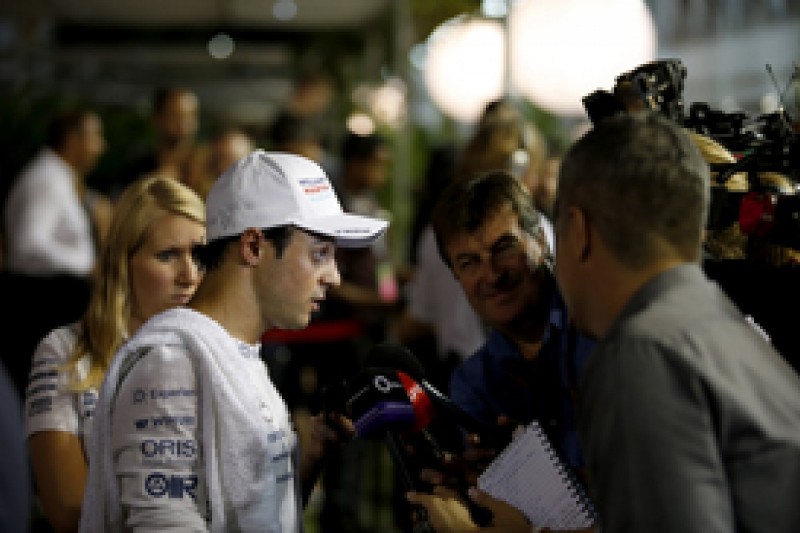 Although Massa was quickest overall after the first runs of Q3, he knew his chances of keeping hold of the spot were slim because a number of his rivals had slipped up on that lap.

"When I saw that I was first I was pretty happy, but when I saw the difference of the laptime I said, 'oh my God it will be difficult.'

"I was sure Mercedes was going to be in front as they were not doing the right lap with the right tyres.

"I had also done a very good lap straightaway, so I didn't have a lot to improve after.

"But although I lost some positions, I think it was positive anyway for us. We did a good qualifying and it is not the best track for us, so being a few tenths slower [than Mercedes] is I think OK.

"I still believe that we can do a good race tomorrow. The race is very difficult here, it is not an easy race to finish but let's try everything we can."