Ferrari's hopes of giving Carlos Sainz Jr an early Formula 1 run at the Abu Dhabi young driver test have been dashed, after the FIA turned down its request

The one-day run that takes place on the Tuesday after the Abu Dhabi season finale had originally been intended for young drivers only.

The rules surrounding the test stated that it would only be open to drivers who had competed in no more than two grands prix, 'unless otherwise approved by the FIA'.

That potential for exemption was used by Renault to successfully lobby motor racing's governing body for it to be allowed to run Fernando Alonso, who is returning to F1 after two seasons away.

The FIA accepted that Alonso should be given special approval because of his long absence. A clarification was made that drivers who had not raced in 2020 would be allowed to join the test even if they had competed in more than two grands prix in their carer.

That stance opened the door for Alonso to join the test, with Red Bull also set to run former grand prix driver Sebastian Buemi as well.

With that exemption being granted, and a number of rival teams unhappy about the situation, there was a fresh push by other teams who will have new drivers next year to also be allowed to run them.

Ferrari in particular was especially unhappy about Alonso getting a run at what should be a young driver test, so requested permission for Sainz to be allowed to join.

Team principal Mattia Binotto said at the Sakhir Grand Prix that he had approached the FIA to request that drivers who are changing teams - like Sainz - should be allowed to run too. 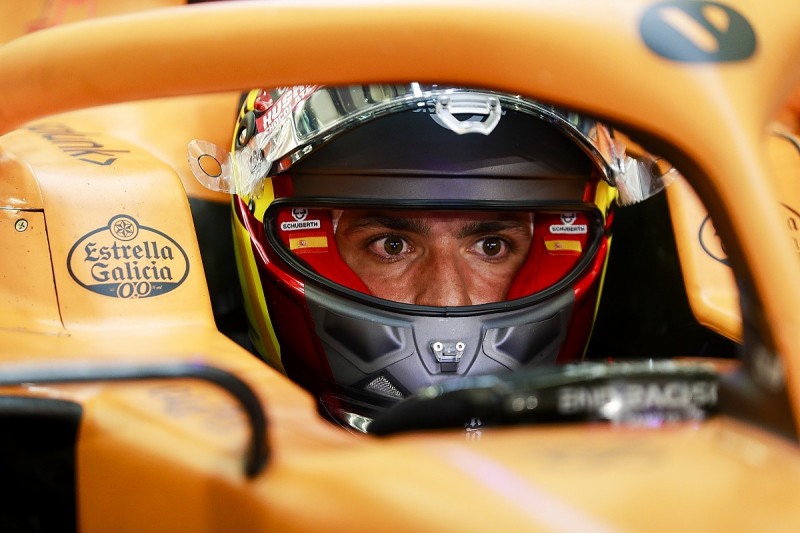 "I think it's quite a bit of a mess, and certainly we Ferrari, contrary to the fact that Fernando is testing in Abu Dhabi, we think it's wrong," explained Binotto.

"We made it clear with FIA at the time during the various advisory committees.

"But having heard the decision, we have asked the FIA the permission for Carlos. We discussed it this weekend, but we have no feedback."

With a number of teams also asking for clarification about the matter, Autosport understands that F1 race director Michael Masi sent a note to teams on Tuesday informing them that there would be no change to the test restrictions.

Masi made clear that the FIA's stance was that, for any driver who had taken part in more than two grands prix, they would only be given approval to run at the test if 'they had not competed in any F1 races during the 2020 season'.

The decision will be an annoyance to Ferrari, which has been eager to try to get Sainz some early experience of its cars and systems before pre-season testing next year.

Its only option now will be to try to get Sainz a private test in a 2018 F1 car at the start of next year.

The two race limit means that Williams' Jack Aitken will still be able to run at the Abu Dhabi test even if he makes his second start for the Grove-based outfit in the season finale.