Carlos Sainz Jr says he is enjoying the challenge of adapting to Ferrari’s Formula 1 car in 2021, revealing he had to “change quite a lot” in his driving style.

Sainz linked up with Ferrari for the 2021 season as a replacement for four-time world champion Sebastian Vettel, joining the Italian team after spending two years with McLaren.

The Spaniard has already made an impact since joining Ferrari, scoring his first podium for the team at the last race in Monaco with a faultless drive to second place.

But while embedding himself in the team and getting up to speed, Sainz has found the Ferrari car to be “very, very different” to what he was used to at McLaren, forcing him to make adjustments to his approach and driving style.

“My driving style and the way I turn in, brake, carry speed through the corners in different places and different corner types is very different to last year,” Sainz explained. 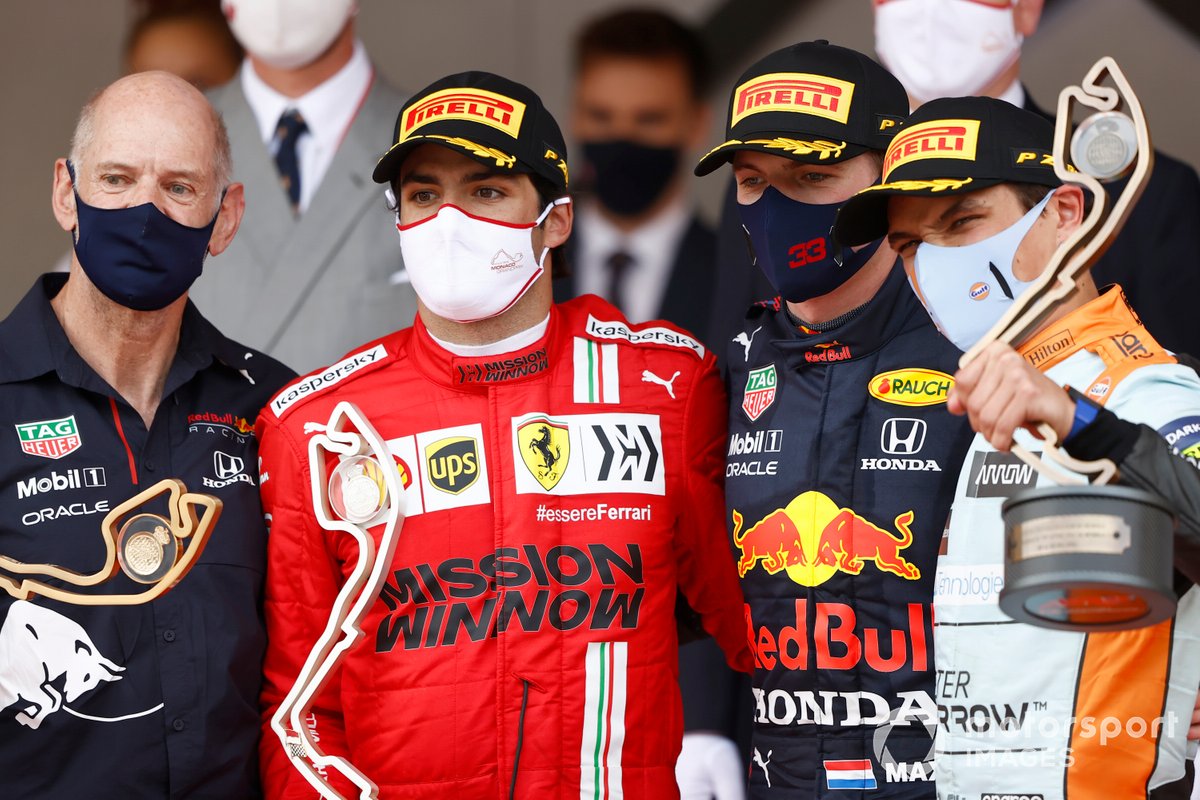 “I’m having to push myself to open my mind and adapt as a driver. And I actually find it really good fun.”

Sainz would not be drawn on what exactly the differences between the Ferrari and the McLaren car are, with the two teams set to duke it out for third place in the constructors’ championship this year.

"It's something that I keep for myself and my team,” Sainz said.

“Obviously the McLaren might have changed a bit also with the Mercedes power unit. Especially this year, they look particularly good on the straights and and they are very, very strong in that area.

“But driving-wise and balance-wise, doesn't matter if it's low-speed, medium-speed and high-speed, they are completely different cars and I am having to change quite a lot and adapt.

“I know the difference, but I'm not willing to tell you now.”

Sainz has previously faced the challenge of adapting to different cars with limited running, having previously switched from Toro Rosso to Renault mid-season in 2017. He then spent just a single full campaign at Renault before moving across to McLaren.

Sainz raced at McLaren alongside Lando Norris, who felt his former team-mate had a knack for making adjustments and adapting to cars even when they were not running perfectly, noting the difference to new partner Daniel Ricciardo.

“Daniel, from what I’ve seen so far, he wants a car that really suits him maybe that little bit more,” said Norris.

“Carlos was good at driving a car that wasn’t always that nice to drive. He was very good at that.

“It’s just one of the things I guess I’ve learned at the moment. Daniel is very fast when he has the car around him and when everything is suited.

“But as soon as there is a couple of problems or, just as most drivers do, as soon as you lose that bit of confidence, then you just struggle a little bit more.

“I don’t think that’s just with him, that’s just something some drivers have more than others – it’s a confidence thing.”