Sainz: fate of "old-school" F1 circuits will rest on 2020 spectacle

The fate of Formula 1's 'old school circuits' like Imola and the Nurburgring will rest on their returns this year producing spectacular racing, reckons McLaren's Carlos Sainz Jr

The coronavirus pandemic has prompted F1 to radically shake-up its calendar in a bid to get enough races in, with venues that had been dropped by the sport years ago suddenly getting a fresh chance.

Such an opportunity for the older circuits will offer a fascinating insight into how well suited they are for delivering exciting battles in the modern era, especially compared to contemporary circuit thinking.

Sainz believes that the verdict on the returning venues will go as far as defining if the classic tracks have a future in F1 too.

"If those old-school circuits give spectacular races and fun races, the people of F1 and the FIA and the FOM will think, why we are going to modern circuits if the old circuits give such a spectacle?" he said.

"But if those old circuits suddenly produce boring races, we will all say that modern circuits have to have a design like that of Baku, with very long straights, a middle sector with many curves, and straights with many slipstream and spectacular races.

"It depends on what happens in those next races that will decide the future."

While many of the drivers are relishing the thrills that will come from driving current F1 cars at places like Imola and Mugello, they also warn that the layouts may not be especially good for overtaking. 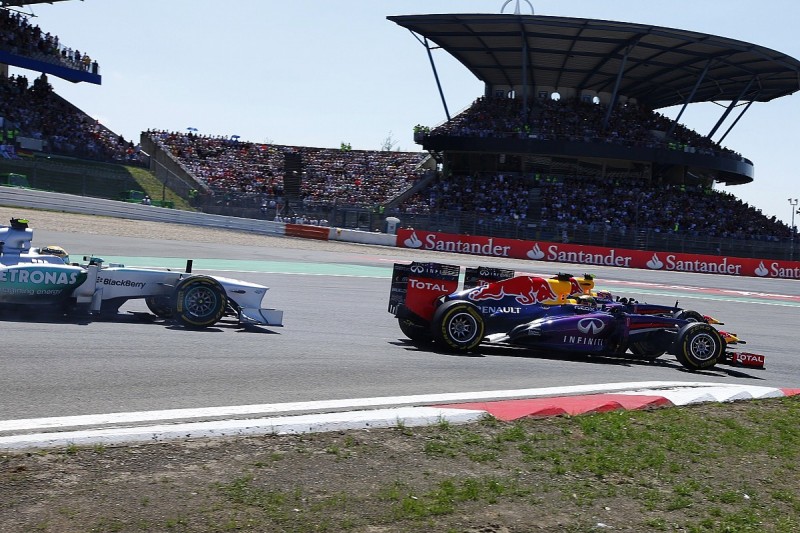 Sainz is clear that, when it comes to choosing venues, the sport's bosses have to consider the entertainment factor first.

"I think the drivers are going to have fun going to Mugello, Nurburgring and Imola, because they are circuits that are very fun in one lap.

"But if they don't produce a show, there will be no use going there.

"I think that in addition to being a sport, F1 has to be a show for people to see it on television and car brands get involved, so that's what it takes."

Imola is returning to F1 after a lengthy absence, and it last hosted F1 when it held the 2006 San Marino Grand Prix, which was won by Michael Schumacher.

As well as the intrigue about the quality of the racing it will produce, Imola will also be interesting this year as its event will run over two days only.

Speaking about that altered timetable, Sainz said: "It will be a challenge not to run on Friday at Imola, because usually from Friday to Saturday we learn a lot and there are many hours to analyse data.

"But at the Nurburgring or Mugello with a whole Friday I don't think it will change too much.

"Imola will be the interesting test to see what F1 would be like without Fridays."