Sainz: 2021 “doesn't feel like my strongest season in F1 definitely”

Carlos Sainz feels the 2021 Formula 1 season is not his strongest yet despite having been a good match to teammate Charles Leclerc in only his first year at Ferrari.

Sainz joined the Scuderia after a two-year spell at McLaren and, unlike other drivers changing teams this year, was up to speed nearly straight away.

The Spaniard has scored two podium finishes, including second place at Monaco, and is now ahead of Leclerc in the standings pending the result of the appeal following Sebastian Vettel's disqualification from the Hungarian GP.

While Sainz admits he has been delighted with how he has integrated within the Maranello-based squad, he believes he is yet to have a grand prix weekend in which he gets everything right.

"It doesn't feel like my strongest season in F1 definitely," Sainz said after the Hungarian GP. "I feel like there's a lot of points, a lot of missed opportunities here and there. 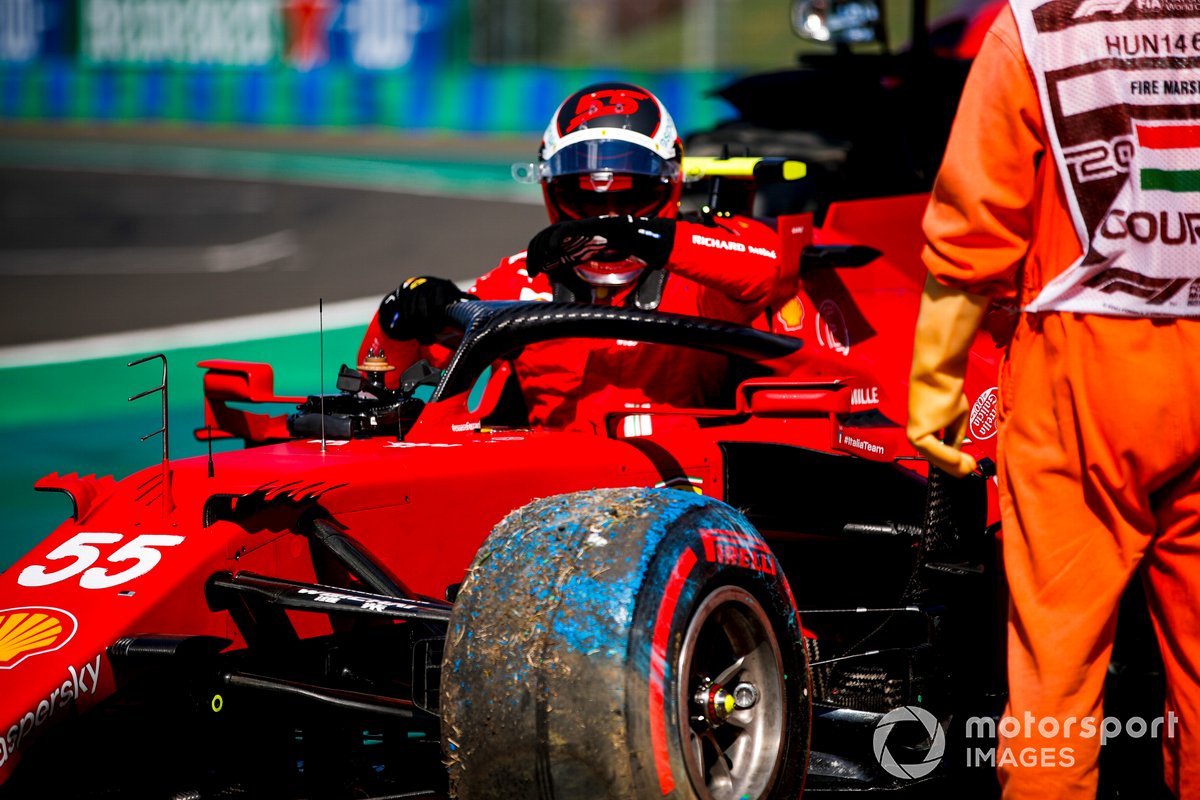 "I think I said that before this race that I feel like I haven't maximised a weekend, yet as a Ferrari driver I haven't put a whole weekend together, and this is something that I used to do very well.

"And for some reason, maybe it's just being part of a team, it just takes time, to maximise weekends."

He added: "I am happy with the way that I am integrating in the team and the first half of the season.

"I'm very happy, particularly with the speed I've had with the car and since race one I felt like I was on top of the car and I was able to push it to the limit and be on the pace straight away in pretty much every circuit I've been to."

Sainz finished fourth on the road in Hungary before he was elevated to third after second-placed Vettel was disqualified for a fuel infringement.

The Ferrari driver had to recover from a mistake in qualifying, however, after crashing in Q2 and finishing down in 15th position.

He feels that that accident highlights how he still needs to iron out mistakes this year.

"This weekend I think is the best example," he said. "I did a mistake in quali, I paid the price in the race.

"And there was one strange thing going on the pitstop that didn't allow us to release, we missed a podium opportunity because of that, and all of a sudden the whole weekend doesn't taste that good, you know, because I feel like we could have scored even better points.

"So this weekend is a very good example of how the first 10/11 races have felt like I had very good speed... But for some reason something didn't quite go to plan and we ended up where we ended up."

How Hamilton has lifted Norris’ self-belief on and off track

Newey: Politicking against Red Bull at level never seen before in F1