© 2021 Motorsport Network. All rights reserved.
TV Tickets fashion Giorgio Piola jobs
Previous / F1 commits to hybrid power units for next generation of engines Next / Stroll "as safe as I could be" when encountering F1 marshals on Imola track
Formula 1 / News

George Russell has no plans to change approach despite his Imola safety car crash, saying Williams cannot "fear mistakes" as it chases its first points of the Formula 1 season

Russell's hopes of scoring his first F1 points slipped away in the closing stages of the Emilia Romagna Grand Prix when he crashed out of 10th place while trying to warm his tyres behind the safety car.

The Brit called the crash the biggest mistake of his racing career, and moved to write a letter to the Williams team in the wake of the incident to apologise.

While the 22-year-old continued to rue the error ahead of this weekend's Turkish Grand Prix, he stressed the importance of continuing to take risks in order to maximise the chances coming Williams' way, and said he would not stray from that approach.

"Following that mistake, it gave me a bit of time to think about the racing approach," Russell said. 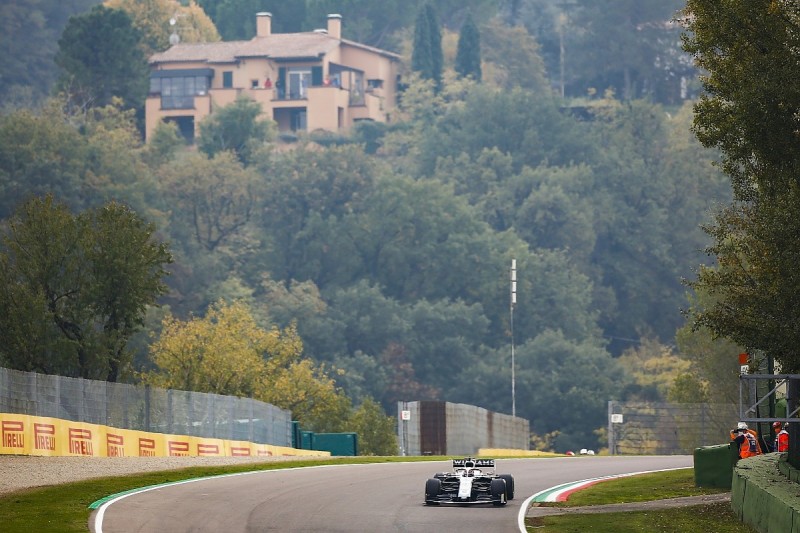 "We're all racers, we're all here to absolutely push the boundaries. And in doing that mistakes will come along. It also made me think should we fear mistakes? And I don't think we should.

"This is what I said to them [in the letter]. Do I regret what happened? Absolutely. But will it change my approach this weekend to moving forward? No, it won't.

"We're all here to push the boundaries. Because we're all racers. And that's what we do when we go racing."

Russell received messages from a number of drivers in the wake of his error to lend their support and back him to recover in the near future.

The Williams driver expressed his gratitude for the backing, and said it was "very surprising" to receive such an outpouring of support.

"It was very surprising for me, from race winners, fellow drivers, ex-world champions, even people outside of Formula 1.

"Getting that support, obviously everybody knows that we are pushing to the absolute limit, and sometimes the car can go from nowhere.

"It meant a lot, but it doesn't take anything away from the mistake I made. But it will help me moving forward, I'm sure."