Russell: Wolff gave me a lot of ‘tough love’ after Bottas crash

Williams Formula 1 driver George Russell says Mercedes motorsport boss Toto Wolff showed him “a lot of tough love” in the aftermath of his crash with Valtteri Bottas at Imola.

The pair had collided at high-speed while battling over ninth place in the Emilia Romagna Grand Prix, which put them both out – wrecking their respective FW43B and W12 cars.

Russell then remonstrated with Bottas in the gravel trap at the Tamburello chicane and initially gave fiery interviews to the media explaining his view of the incident before he issued a statement and apologised to Bottas the day after the race.

Russell discussed the fallout from the incident in an exclusive interview with Autosport, which is included in full for this week’s Autosport magazine, and explained how it had impacted his relationship with Wolff.

“If anything, my relationship with Toto has grown since the incident in Imola,” said Russell.

“There was a lot of tough love. But he ultimately wants to extract the absolute maximum from me, or from what he believes I can achieve.

“And you know, I think I'm mentally strong enough to be able to take this stuff on the chin, take it on board, reflect on it, and come back stronger.

“Obviously, emotions were high... from all accounts.

“But my relationships with everybody to be honest - from everyone at Williams and to a number of the key people at Mercedes, who I've spoken with since, is better than ever.

“I think often these difficult moments bring you closer together.” 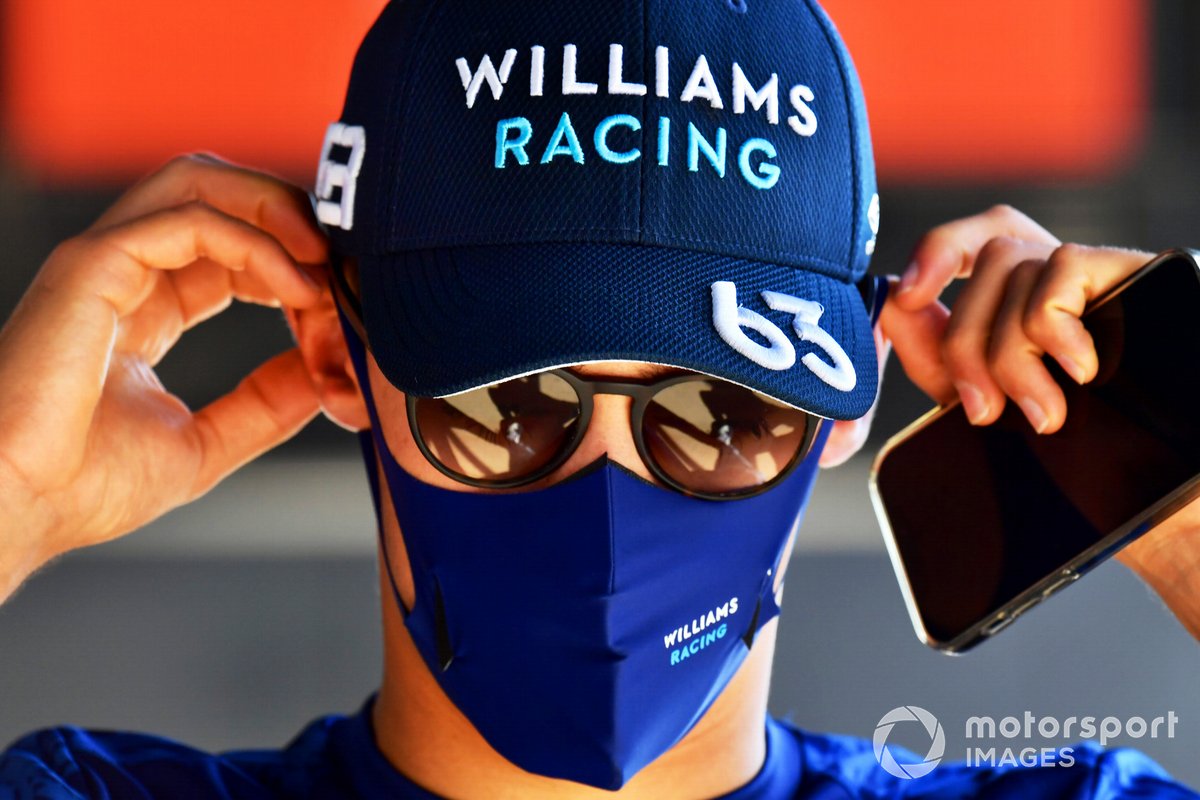 When asked to explain the timeline of how Wolff had delivered his feedback on the incident, Russell said the pair had flown home from Italy together along with Mercedes’ technical director, James Allison, and suggested that was when the feedback occurred.

“We had a very good conversation about it all,” Russell said.

“I took the evening to reflect upon it, and that morning [the next day]. And, to be honest, throughout the whole week.

“But as soon as I was back in my house on Sunday night, I knew what I did wrong.

“And it wasn’t necessarily crashing to be honest. They weren’t disappointed with me at crashing – although it was far from ideal.

“But, I think, all of the actions following were not up to my standards.

“And, as I said afterwards, when fighting a team-mate, you have to be absolutely clear that that overtaking opportunity is a safe one to do so.

“And in that moment, I didn’t really comprehend that it was effectively a team-mate of mine.

“Had that been Nicholas in the exact same circumstances, I probably would have backed out of it and I would have had words with him afterwards about it.

“But, if that was any other competitor, as I saw Valtteri, I went for it. Because I knew that was a points-paying opportunity for me.

“I had Kimi [Raikkonen] right behind me, who, had I not gone for the move, maybe he would have overtaken me and got the 10th position.

“But at the end of the day, it’s unacceptable to crash with a team-mate.

“It was just a lot of things altogether, but no issues whatsoever [with Mercedes] and Toto and I speak weekly. We don’t even talk about it now, it’s behind us.”

The full interview with Russell will be featured in the 3 June issue of Autosport magazine, which is available in shops and to subscribe online here: www.autosportmedia.com.