The reigning GP3 champion, who made his grand prix weekend debut with the Force India team last year, is sharing Mercedes' F1 reserve driver responsibilities with Pascal Wehrlein in 2018.

Force India announced Nicholas Latifi as its third driver for this season and also has GP3 driver Nikita Mazepin on its books as a development driver.

Russell is expected to test for Mercedes this season but is also set to resume his relationship with its customer team, which started with free practice outings in Brazil and Abu Dhabi last season.

Autosport understands this could include some more Force India free practice running, while the young driver tests at Barcelona (May 15-16) or Budapest (July 31-August 1) and Pirelli tyre tests are options for Russell to get on-track mileage in Mercedes' W09.

Force India chief operating officer Otmar Szafnauer told Autosport that Russell "will still do some work for us", and said he and Latifi would be drafted in for "simulator work at the beginning, and then we'll try throughout the year and get them both on track".

Force India has a history of running Mercedes juniors, with Esteban Ocon's first test for the team back in 2015 sowing the seeds for his current race seat.

Russell told Autosport that testing for Mercedes was "on the cards, and on top of that I would love to get behind the wheel of a Force India again".

He called Force India "a great place [where] I can start my F1 career" after impressing in his free practice runs last year.

"There's no reason we shouldn't continue to build on that relationship throughout this season," the 2014 McLaren Autosport BRDC Award winner said.

"Mercedes are fully behind me with that thought, but we are both on the same page in saying that Formula 2 is my main priority and focus.

"It's very easy in my position to get caught up in the F1 dream and forgetting about going out and winning F2."

Ocon is a contender for a works Mercedes drive for 2019 should it opt to not re-sign Valtteri Bottas alongside Lewis Hamilton's expected contract renewal.

Russell is confident that success with ART Grand Prix in F2 this year, combined with impressing Mercedes and Force India with whatever simulator and on-track opportunities he is given, will result in a graduation to F1 in 2019. 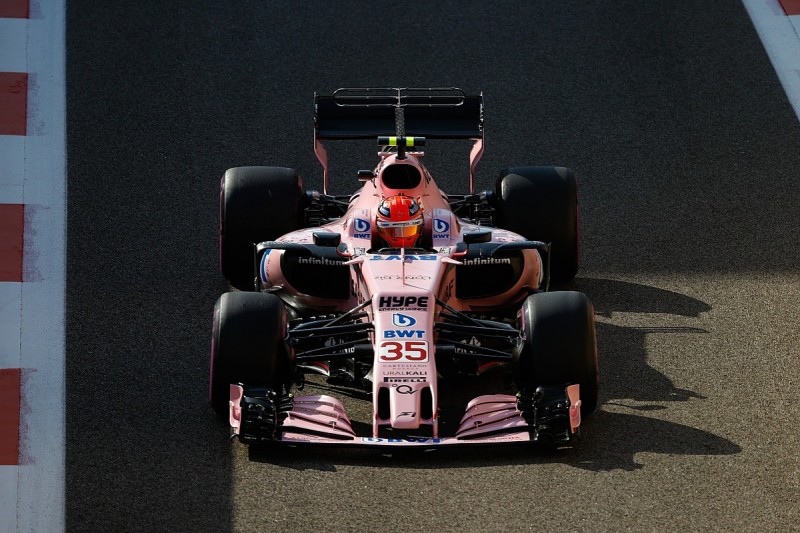 "Force India is the place that I'm looking towards for next season," he said.

"We're continuing a relationship this year and there's no reason why that shouldn't expand into a full-time seat next year.

"The great thing with Mercedes is they give the young drivers an opportunity if they deserve it.

"If I perform this season in F2 and Mercedes believe I've done a good enough job to justify an F1 seat, they will find a seat for me."