George Russell says he “quite enjoyed” having radio input from Mercedes team boss Toto Wolff in his ‘high emotion’ battle for third in the Formula 1 French Grand Prix.

Russell engaged in a duel for the final podium place with Red Bull’s Sergio Perez in the latter stages of Sunday’s race at Paul Ricard.

The pair made contact at the Turn 8 chicane when Russell made a late lunge, forcing Perez to take avoiding action and run through the corner.

Russell was incensed that Perez kept the position – which went unpunished by race stewards after an investigation – and made his feelings clear on the Mercedes team radio, prompting Wolff to twice tell the Briton to keep his head down.

Commenting on this, Russell – who eventually took third from Perez after a late virtual safety car message glitch caught the Red Bull out - says he enjoyed the input from Wolff and feels it helps bring driver and team “a bit closer together” in these high-intensity situations.

“I think emotions are high there for all of us,” Russell said when asked about Wolff’s radio interjection.

“I felt like I did a mega move on Checo, and ultimately didn’t get to keep the position.

“We definitely had a bit more pace there. I quite enjoyed hearing Toto on the radio, but ultimately from my side, you’re going absolutely flat out.

“We’re in this together as a team, and when you’re sat in the car, sometimes you do feel a bit alone because we’re in the car, we’re doing everything we can and you don’t know what the engineers are looking at, the engineers don’t totally feel what we’re feeling within the car, and sometimes having these exchanges brings it a little bit closer together.” 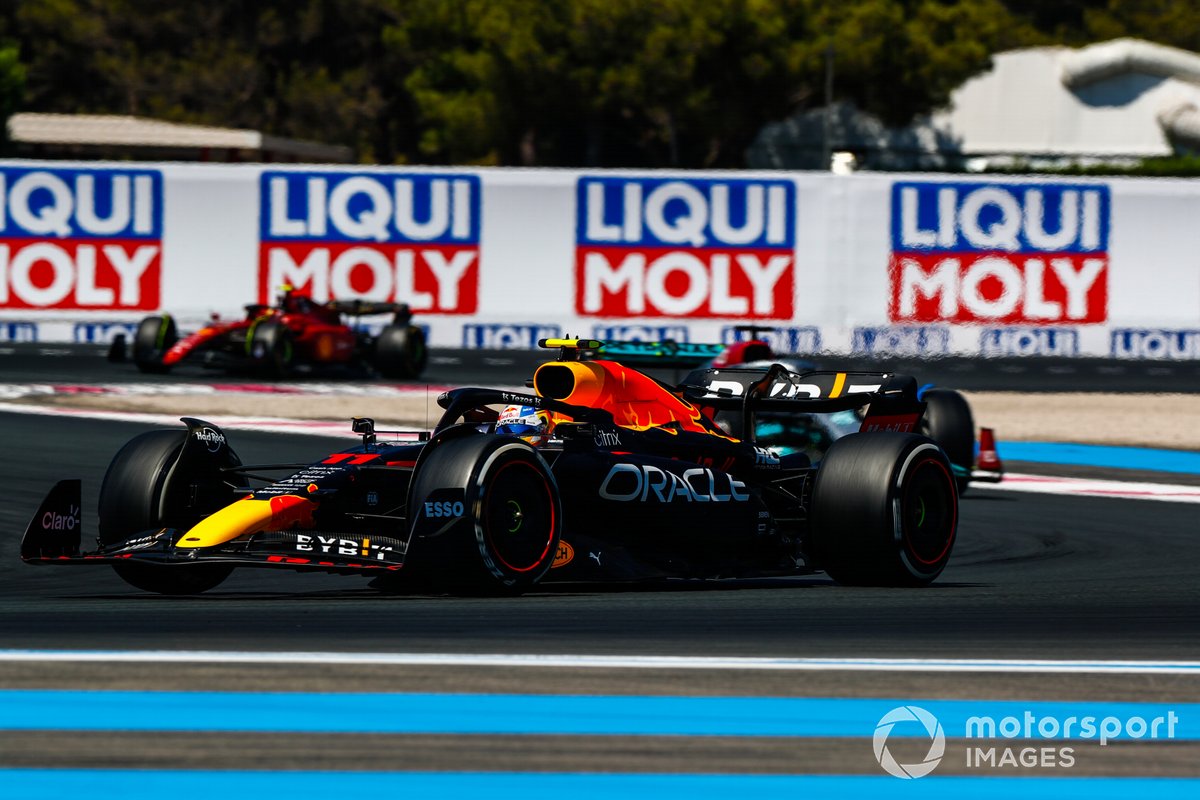 On the clash with Perez, Russell felt he was owed the position “to the letter of the law”, stating: “I was pretty disappointed not to be able to keep that position.

“I felt it was my corner, I was down the inside, I had my front wheels in front of his rear wheels, and to the letter of the law, it was my corner, and he squeezed me a bit onto the kerb and he went wide, and kept his position.

“I guess we’ll talk about it after, but nevertheless, these things have a way of working themselves out, and the VSC restart was pretty tasty.”

From Perez’s point of view, the Red Bull driver said that if “I didn’t cut the corner, we would have retired both cars”.

Wolff says he felt the need to radio Russell directly as he could see he was “stuck in a loop” of anger at the situation.

“I felt that he was a little bit stuck in a loop of being upset about the situation,” Wolff said.

“And obviously, as a driver you're in your little cockpit.

“And I felt that he had to face that he just needed to drop the ‘upsetness’ and concentrate whether he could beat him on track.

“And the end he was just clever. And there was confusion with the virtual safety car. He just did it.”