Romain Grosjean has faith that Lotus has the infrastructure it needs to make the most of its move to Mercedes Formula 1 power this season.

Romain Grosjean has faith that Lotus has the infrastructure it needs to make the most of its move to Mercedes Formula 1 power this season.

After a difficult 2014 campaign, blighted by problems with Renault, the Enstone-based outfit has switched to the benchmark power unit in a bid to move forward.

And although Lotus's form last year was not helped by staff cutbacks and question marks over its long-term financial health, Grosjean thinks the situation is much improved now.

On the back of an important renewal of its sponsorship deal with Saxo Bank on Monday, Grosjean feels that the off-track situation has improved enough to ensure it delivers results.

"Certainly things are getting better and better," Grosjean told AUTOSPORT.

"It was important for the team to sign Mercedes, to have the right power on board, to make sure that we don't have any questions from the outside.

"We know what we are getting there. The team also learned a lot last year and we made some positive changes.

"There is a lot more stability this winter than there was from 2013/2014. We needed some time for things to move on and get everything stable.

"Things are going in the right direction now, which is nice.

"Everyone is working hard to find more sponsors, and that is why it is quite interesting having Saxo Bank on board today.

"It's good news, because the more sponsors we get the more budget we have." 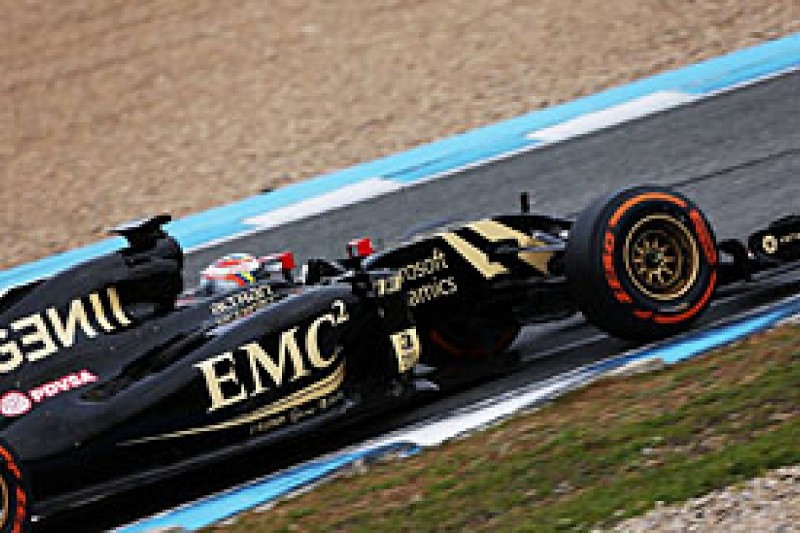 Grosjean said the early indications of the new Lotus were encouraging, but it would take the next tests at Barcelona to discover just how quick it is.

"Everyone was looking forward to getting the first comments of the drivers after what we had last year," he said.

"And the first feeling was that the team has achieved in a very positive way some targets that we wanted.

"The car is in much better shape in terms of being easy and predictable to drive - but we need to find out more.

"Ferrari were surprisingly quick in Jerez, but you never know their fuel levels.

"Mercedes were the strongest ones and Williams looked strong as well. Barcelona will give us more of an answer."