Driving a 2012-spec Lotus E20 painted in current Renault colours, Kubica completed 115 laps of the Ricardo Tormo circuit on Tuesday in what the French team described as a "condensed grand prix weekend."

It was his first outing in F1 machinery since his career was cut short by injuries sustained in a rallying crash in early 2011.

The Polish driver said in the immediate aftermath of the test that the experience had left him with "mixed feelings", as it demonstrated what he had lost in his six years away from F1.

But in an interview with Sky Sports, Kubica acknowledged that he now feels that a full-time comeback to F1 is a viable target for the future given the pace he showed at Valencia. 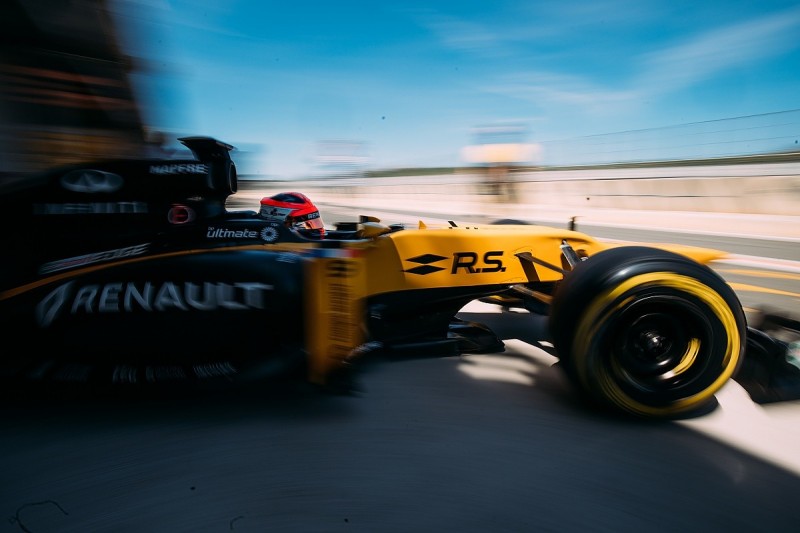 "For sure it's kind of a new start for me," said the 32-year-old, who tested GP3, Formula E and LMP2 machinery in the run-up to his F1 outing.

"I don't know what it will bring, but definitely it's a nice feeling to know I can drive an F1 car after such a difficult period and having my limitations.

"Once I have done this test I would like to test more.

"It doesn't depend only on my side, but I will keep working and hopefully one day I will have a chance to go forward and step-by-step maybe have [a] proper comeback."

Renault had described Kubica's test as a "one-off", but is understood to be open to providing further opportunities off the back of his performance at Valencia.