Ricciardo: Fifth place in Silverstone F1 qualifying is "not a freak one-off" 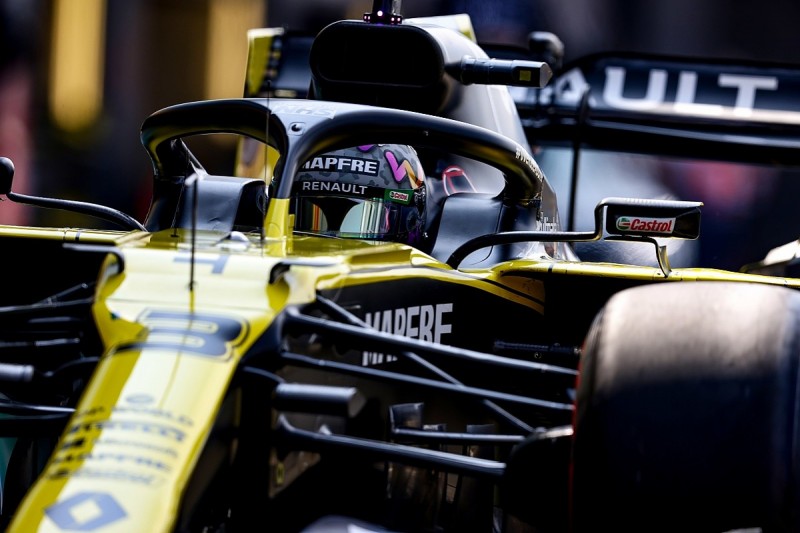 Renault suffered a disappointing 2019 campaign, in which the Enstone squad was soundly beaten to fourth in the constructors' championship by midfield rival McLaren.

While the team has made an inconsistent start to the 2020 season, fifth places in qualifying for Esteban Ocon at the Styrian Grand Prix and for Daniel Ricciardo at Silverstone's 70th Anniversary Grand Prix have provided glimpses of the RS20's potential.

Ricciardo, who benefitted from attrition to finish fourth in the British Grand Prix, believes his fifth place in qualifying for Silverstone's second race is "not a freak one-off" as his team continues to unlock the potential of its 2020 challenger.

"It's not a freak one-off, it's there. Or at least I feel it is," Ricciardo told the media in Barcelona on Thursday.

"Is it going to be there every weekend? Maybe a top five could be a stretch but I think we definitely proved we're a Q3 car.

"I think the only way we miss out on Q3 is if we make a mistake, but if everything is running smooth we should be there.

"We'll see what happens here, but I'm excited to get some more good qualifyings and then convert them into a good race." 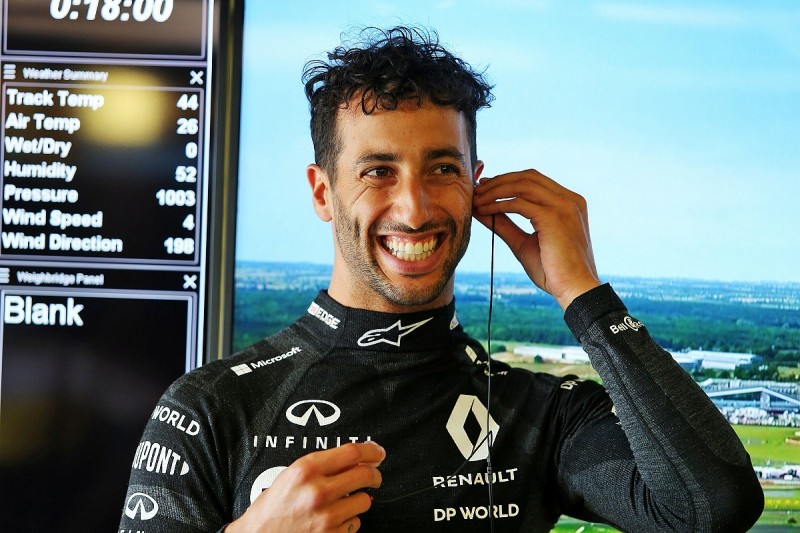 McLaren's surprise podium in Austria and Racing Point's controversially competitive RP20 have pushed Renault down to sixth in the championship, but Ricciardo thinks his current car is still much better than its 2019 predecessor.

The Australian has 20 points to his name after five races, up from just six points at the same stage last season.

"Yeah, I feel it should be even more", the 31-year-old added. "The car certainly has made a big step forward and it goes back to the first practice in Austria.

"After such a long break I jumped in the car and it kind of felt easy, it was nice to drive and it was just there from the get go.

"So it's been strong. Twenty points is great but there's more in that, so it's considerably better."

Ricciardo, who will join McLaren next season to replace Ferrari-bound Carlos Sainz Jr, says he would be disappointed to end his two-year stint at Renault without managing to finish on the podium.

"Yeah I'd be lying if I said no," said Ricciardo, who last celebrated an F1 podium when he won the 2018 Monaco Grand Prix for Red Bull.

"It's more if the opportunity presents itself and we miss out on it, then I'd be disappointed, but if I race every race my hardest and I finish sixth every race, then I'm probably not going to be devastated.

"But I do want to stand back up there and be delivered a trophy on a robot or whatever they're doing now. I miss that.

"And I'll probably get a fine for drinking out of my shoe, but it will be worth it."

Hamilton: F1 engine mode ban won't "get the result that they want"