‘It’s complicated’ could not be any more fitting for the biopic on the life of former FIA president Max Mosley, who passed away recently.

Yet Mosley: It’s Complicated, which is released in cinemas next month, manages to cover the life of former FIA president Max Mosley in a way which not only highlights the convictions that he carried throughout, but also the fascinating conflicts and contradictions that were always with him.

And just as Mosley’s life was not just about one topic or one theme, so too the film does not overemphasise a specific aspect.

It ebbs and flows around the different chapters that Mosley experienced: his upbringing, his father’s politics, the March years, the FISA/FOCA war, the FIA presidency, his road safety push and the battle with the media.

As director/producer Michael Shevloff said: “It's not an F1 movie, just as Max makes a comment in the film when he won a book award for sports for his autobiography and he said: it's not really a sports book.”

Beginning and ending with the fallout of the News of the World scandal that defined the final chapter of Mosley’s life, the foundations of the film are rooted in his road safety push, and in particular his role in creating Euro and Global NCAP safety ratings, which have since saved thousands and thousands of lives.

But while not an F1 movie as such, there is still plenty of F1 in it. Sure, there may not be the kind of dramatic fly-on-the-wall sensational moments that have become the norm with Netflix's Drive to Survive, but the stories of the early days of March or the behind-the-scenes politics of the FISA/FOCA war are fascinating. 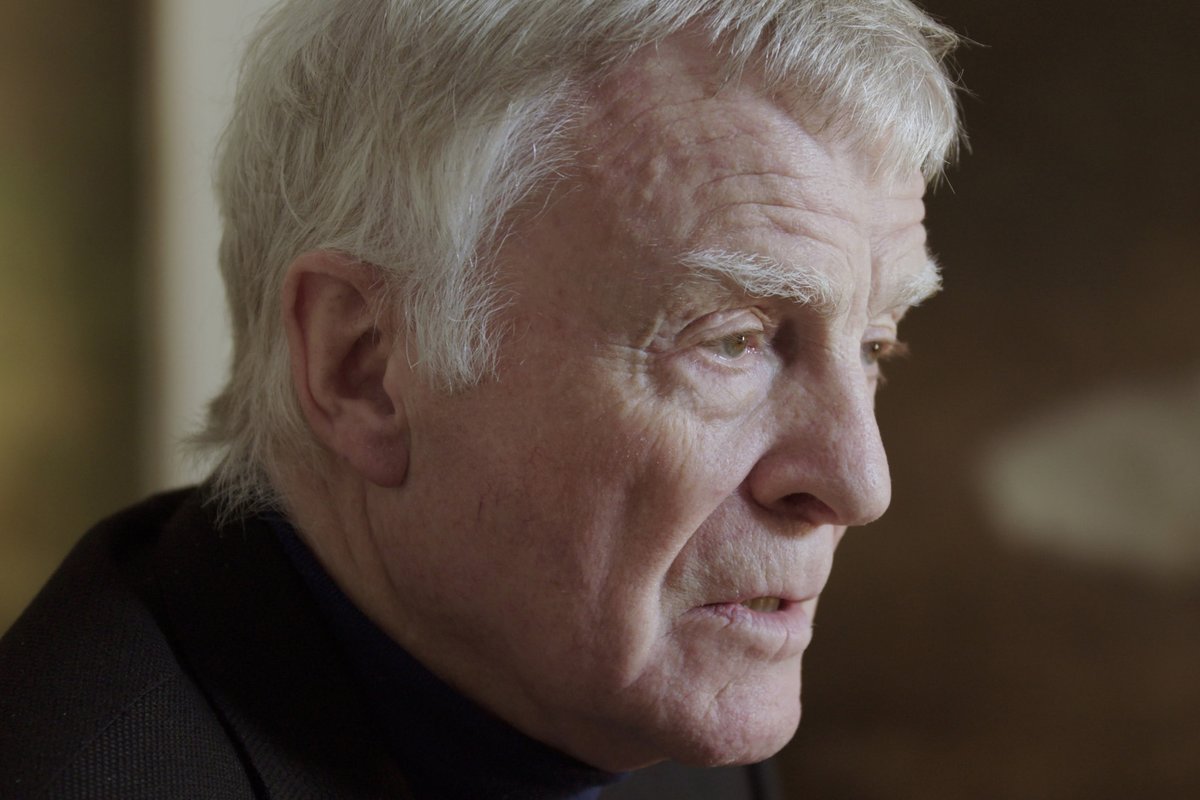 But while the film may not have time to dig deep into some of the F1 controversies that took place under Mosley’s presidency, what it does offer is the insight into his personality and drive – which makes it easier to understand the approach he took to his role as FIA president.

He was someone who especially thrived on winning arguments – which inevitably came as the trigger point for conflict.

Whether it was successfully arguing against a policeman in court who had arrested him over a fight at one of his father’s fascist rallies, or pushing back at F1 teams, or battling car manufacturers who initially railed against the Euro NCAP push before being won over that it could actually help boost car sales.

But that love of conflict, and fighting for what he wanted, always had behind it a sense that Mosley equally loved a bit of cheeky mischief – and that he had a clear sense of humour.

Of the News of the World scandal, he recalls having to tell his wife about the story on the morning it came out, and she initially thinking he had got the paper to print the story itself as a joke.

But while Mosley: It’s complicated is not fully devoted to F1, that’s not to say motor racing fans will be disappointed. There are some eye-opening moments too when it covers aspects of the sport’s history.

Mosley’s disdain for former FIA/FISA president Jean-Marie Balestre is clear, and there is his cold-hearted recollection of how he and Ecclestone set about burying the race promoters during the early FOCA years. 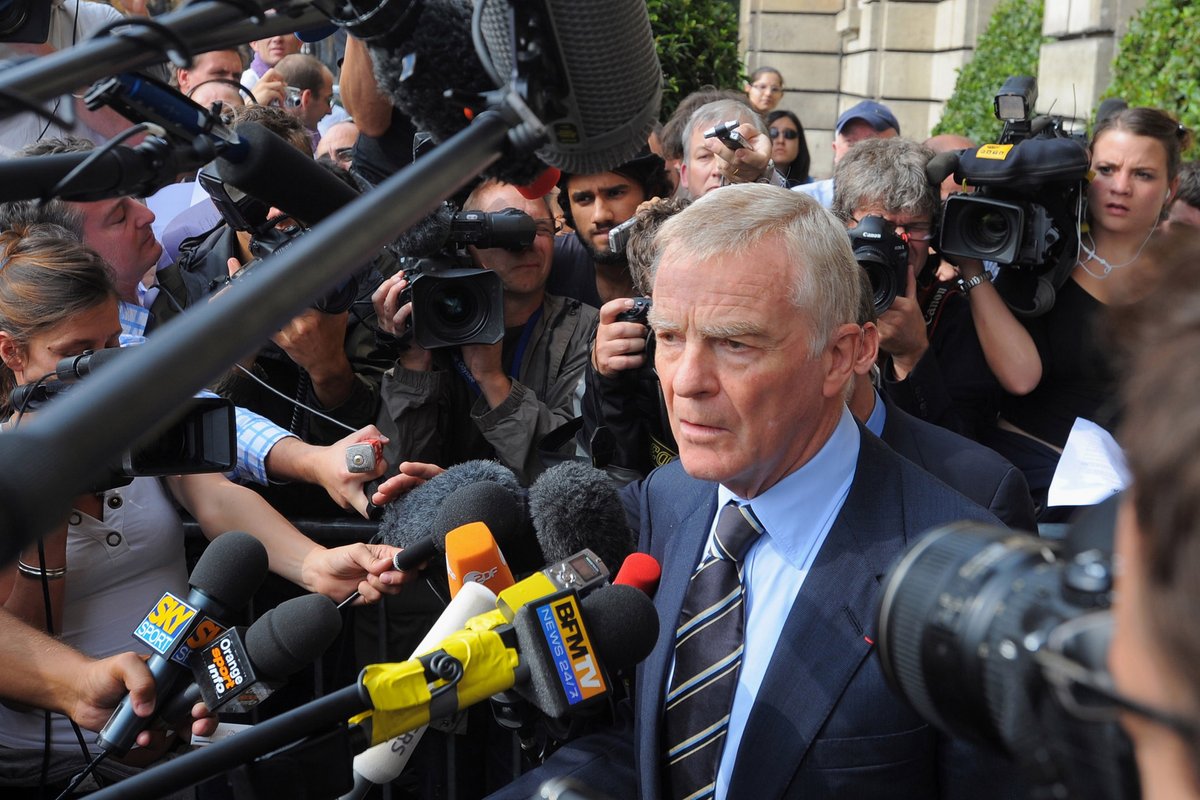 The art of negotiation was that if you set a deadline for race hosting fees to be made, just like in a hostage situation, you had to stick with it. “The body has to come out of the door at 11.01 or you lose all credibility,” Mosley says at one point.

He also makes clear that the famous legendary quote of McLaren’s $100 million Spygate fine, where $5 million was supposedly for the offence and $95 million for team boss Ron Dennis being a c*** – was very much Ecclestone’s doing...

There is also an astonishing apology from Ecclestone about the way he abandoned Mosley amid the fallout from the News of the World scandal, rather than backing up his long-term ally to the hilt.

It is perhaps the first time that Ecclestone has been so remorseful over it – saying it is the one thing in life he is ‘ashamed’ of. And it was something that Shevloff only came to realise the significance of when he came to editing the film.

“When you interview Bernie, you sort of come away from it thinking you have an awful interview,” he said. “And then you begin to pull it apart and you realise actually, it's just Bernie, and he has given you lots of really good bits.

“So, in that moment I don't think I really realised that that was such a big moment. We actually put it in the film and maybe I'm just not as inside F1 as other people, but it certainly gets attention and people notice it. He doesn't apologise much.“ 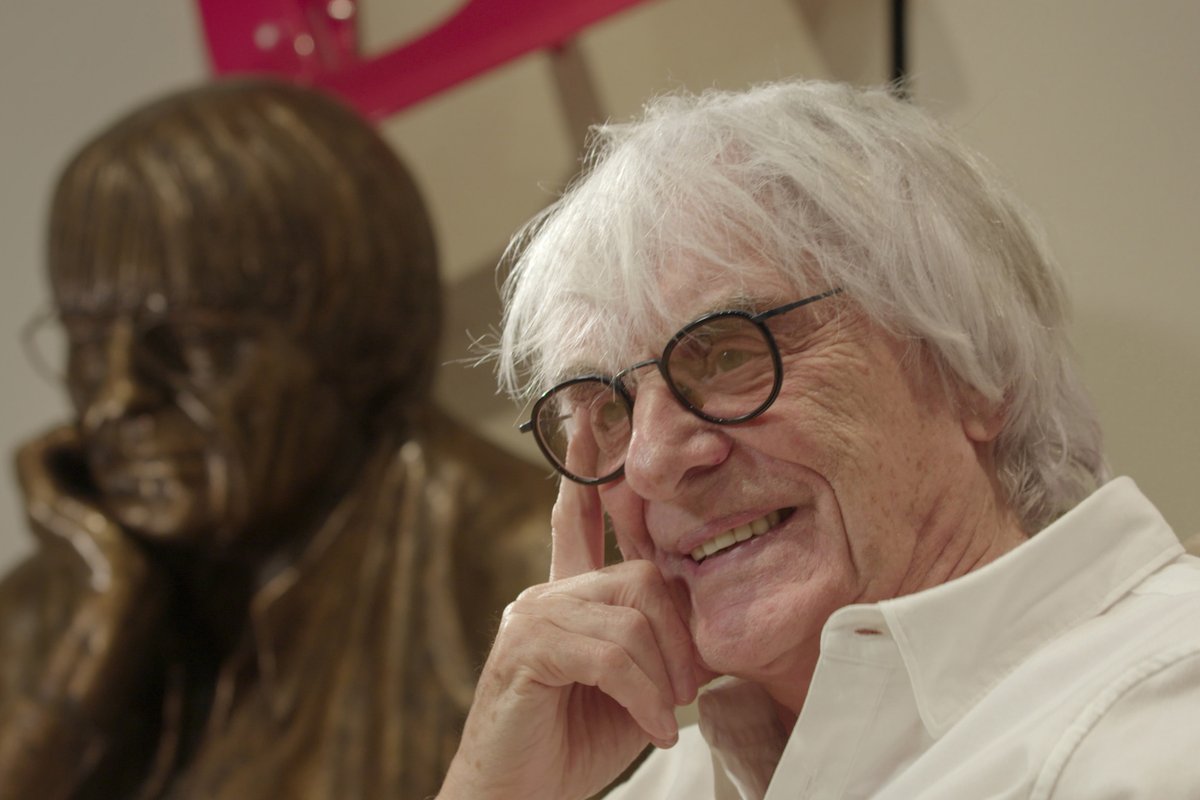 The film doesn’t whitewash over some of the darker elements of Mosley’s life either. The reference to Hitler being at his parents’ wedding is there; and there is no shying away from the fact that his own political career never achieved what he hoped it might because of the shadow cast by his father Oswald.

Shevloff is clear that the film could not be one-sided and ignore such aspects if it wanted the audience to better understand who Mosley really was.

“I think if you glossed over them, you wouldn't be able to get to the heart of Max,” he said. “Those are big components of his character and his life, and so I didn't want to shy away from anything. I tried to put all the things in there.

“I respected the work that he did in Global NCAP, so I was really intrigued to find out why there was this continual desire to try and hurt him. But I think it's really important to show those parts, and those parts make people human. If you don't show them, then people will distrust the story.”

The film also exposes the wealth of contradictions that were at the heart of Mosley’s life. For he was a man who thrived in being front of stage but equally loved being able to operate under the radar.

“His character is interesting because again it shows some contradictions and some opposites, and the duality of man as it were," Shevloff explained. 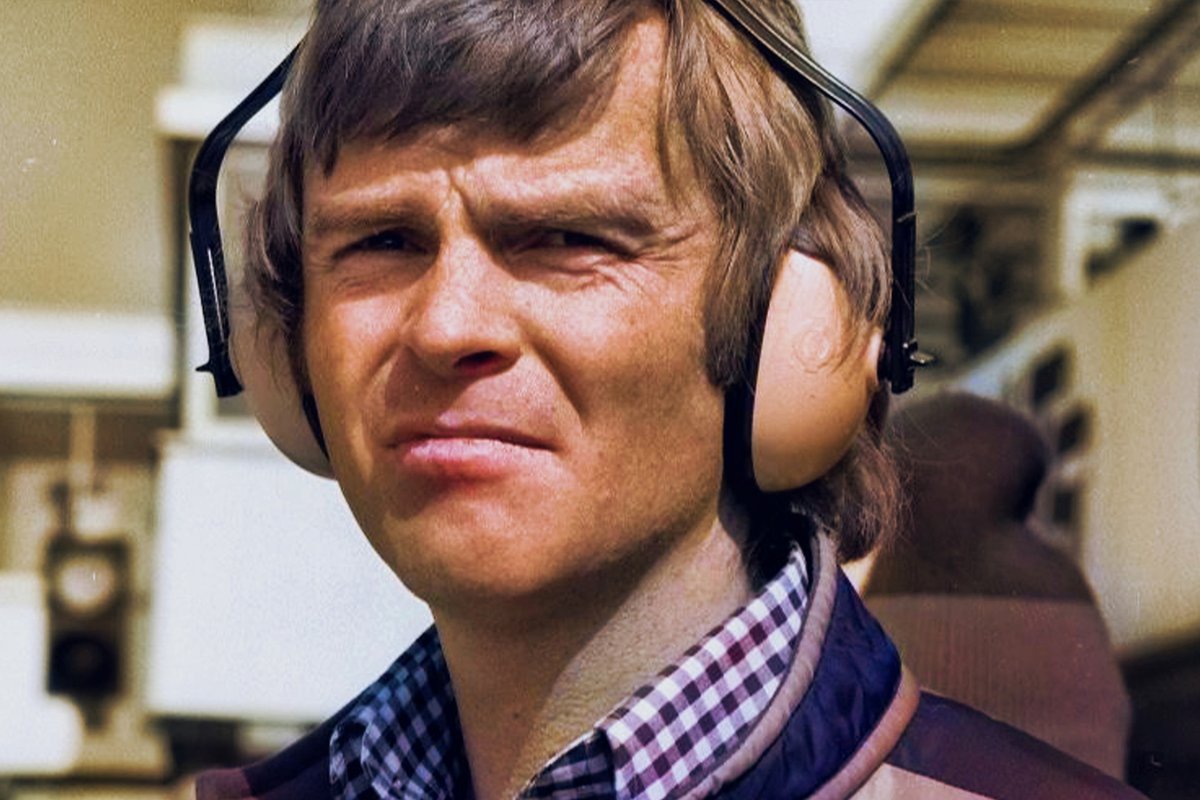 Ultimately, for all the impact Mosley made in F1 and in the media landscape as he took on the tabloids, it was almost the unseen side of his work with Global NCAP that proved to be his biggest success – and perhaps the most under the radar one.

Shevloff added: “I don't mean to overstate it, but the thing I find amazing about Global NCAP, and it is what intrigued me about making this movie, was that you could go down into the paddock of people who knew Max for 20 years and they barely knew what Global NCAP was.

“And yet, the statistics that I had read at the time about how many lives it has impacted was staggering. So, it was again this weird contradiction in reputation versus what he was doing.” 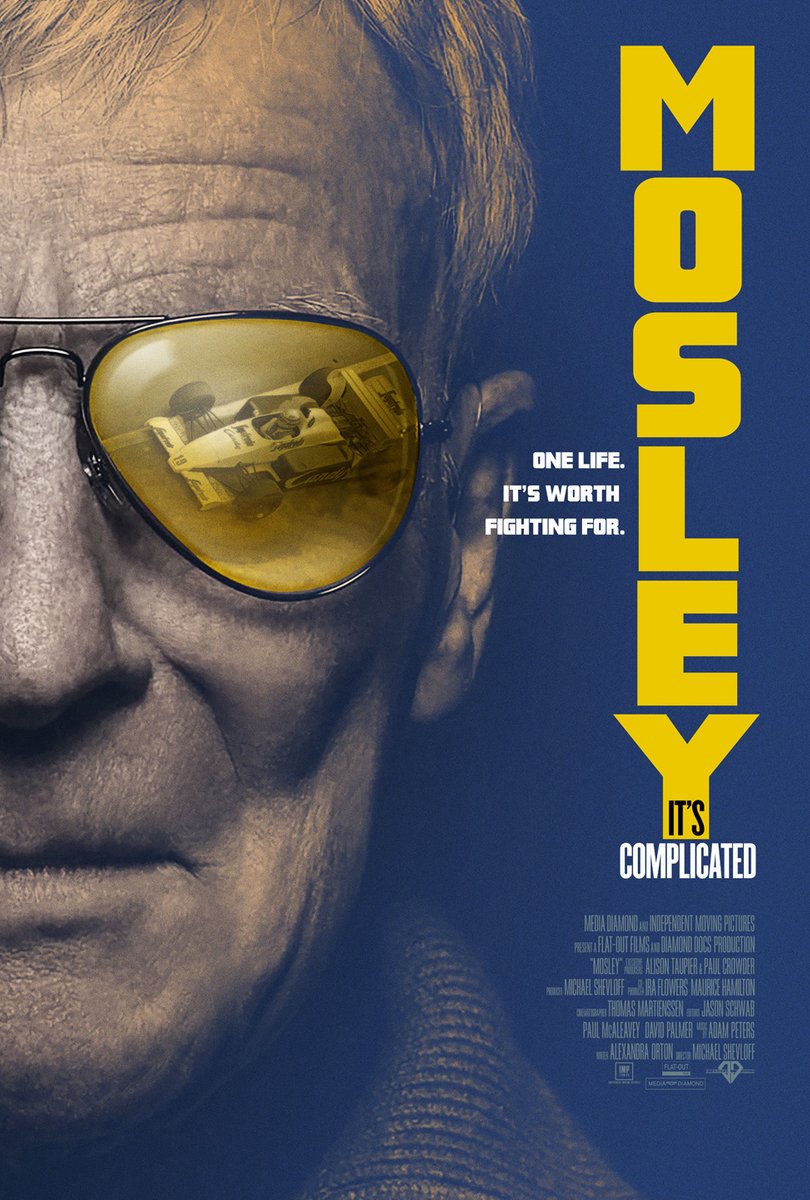 The poster for the Mosley film carries the phrase: ‘One life. It’s worth fighting for.’ That perfectly sums him up: both in terms of him as an individual, but also the work he did to save thousands of lives through road safety.

Mosley points out several times Euro NCAP prevented 78,000 deaths in Europe, and even more people from injury. That’s more ‘lives saved than the hopeless politicians’ have done, he says at one point.

For Shevloff, this was the defining aspect of Mosley’s thought process: the impetus to drive the huge numbers of lives saved but knowing how important each individual was.

“He continually quotes, in a positive way, Stalin saying that one life has a meaning, a million lives is a statistic,” he explained. “So, he always, in terms of road safety and all of the things that he was trying to achieve, he did distil it down to one person always.

“I'd like people to enjoy the film and I'd like people to be able to learn about a complicated man. And, perhaps, if there is someone within F1 or within those people that maybe criticise him without knowing why, that they will learn something new. And, if not, simply get to know Max.”

Mosley: It’s Complicated will be in UK Cinemas from 9 July and on Digital Download from 19 July, with tickets available here.