Earlier this week Vettel attended the FIA's Paris headquarters to discuss banging wheels with Hamilton in anger at a perceived brake test before the second safety car in Azerbaijan.

Vettel apologised for what happened and promised to help educate young drivers and Todt agreed not to take the matter any further.

Speaking for the first time since the FIA's decision, Todt has made it clear that Vettel would be unlikely to escape further punishment if he was to be involved in a similar incident to his Baku clash or the outburst against F1 race director Charlie Whiting in Mexico last year.

"It is up to the president of the FIA to decide whether he should be asked to go in front of the International Tribunal," Todt told Sky Sports. 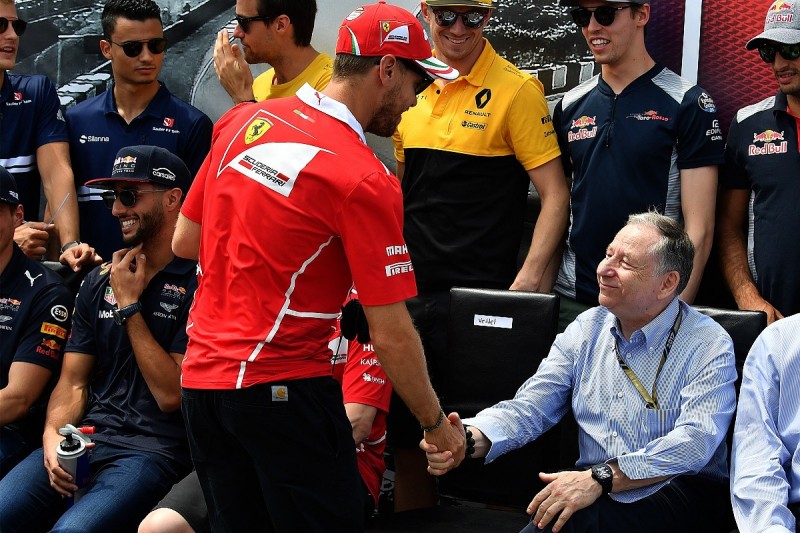 "After Mexico, which was a completely different offence, and I mean clearly we see that Sebastian, who is a great driver, sometimes is not able to control himself as much as he should. And I used to run drivers, and they are in a very tense situation.

"I think you must try also to interpret the situation well. This doesn't mean that you give them the right to do anything, but you must try and understand it. It's so easy to make decisions behind a desk, or to judge behind a desk. You must accept in life that human beings may have some emotions.

"This thing was a completely different matter, but clearly, Sebastian has had some very strong warnings. And clearly, it won't happen again. If it would, then the consequences would be very severe."

The FIA's decision to let Vettel off prompted comparisons with the disqualification of cyclist Peter Sagan from the Tour de France after a clash with rival Mark Cavendish.

Todt believes the comparisons and not valid due to the differences between the two sports.

"We are in a business where we need to be very precise," he said. "I am not very familiar with cyclists or football but I think it's irrelevant to compare what happened recently in the Tour de France and what happened in Baku.