Ghosn - the architect of Renault's increased Formula 1 commitment and works team revival - remains in jail in Japan after being accused by authorities of financial irregularities. He has strongly denied any wrongdoing.

Despite the ongoing legal situation in Japan, Ghosn (pictured below) had officially kept his position at Renault up until now but, ahead of a board meeting in France on Thursday, he finally stood down.

In response to the situation, Renault has elected to split the responsibilities that Ghosn previously had into separate chairman and CEO roles.

The board elected Senard as new director and chairman, while Thierry Bollore, who had recently taken on Ghosn's responsibilities, was kept on as chief executive officer. 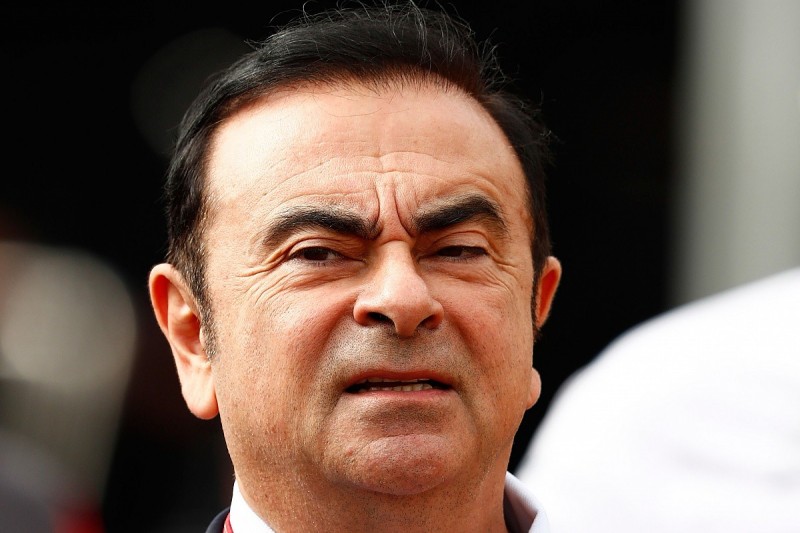 Renault made clear that Senard would be tasked with creating a new governance structure to help lead both Renault and its alliance with Nissan.

The statement said: "In addition to all the functions normally performed by the chairman of the board, the new chairman of the board of directors of Renault will have to evaluate and, if necessary, change Renault's governance in order to ensure the transition to the new structure.

"He will present his proposals on the evolution of governance to the board of directors before the next general shareholders' meeting.

"In addition, Renault's board of directors wishes to supervise actively the functioning of the Alliance and decides to give its chairman full responsibility for managing the Alliance on behalf of Renault, in liaison with the chief executive officer."

Renault goes into the 2019 F1 season aiming for its factory team to close the gap to the top three squads having been 'best of the rest' in fourth in last year's constructors' championship.

But its long, and recently rocky, partnership with Red Bull has finally ended as Red Bull instead becomes Honda's main F1 team.

F1 is now Renault's sole international motorsport programme as its Formula E effort has been taken over by Nissan.