Renault: Sergey Sirotkin 'needs to be given F1 chance'

Sirotkin has emerged as the leading contender to take the final vacant seat on next season's F1 grid, after a successful test with Williams in Abu Dhabi in November.

The suggestion is that Sirotkin outperformed previous favourite Robert Kubica in the test, and Sirotkin will also bring substantial financial backing with him should Williams award him the seat.

Sirotkin has spent the past two seasons with Renault as its test and reserve driver, participating in six grand prix free practice sessions and two test days with the team, and Abiteboul says Sirotkin's performances merit a race chance.

"Frankly we have always been very impressed by Sergey," Abiteboul told Autosport.

"We have not always been impressed by the luck he has, because I think on two or three of his FP1s he performed for the team we had some mechanical issues with the car completely unrelated to him.

"But when he was capable of driving he was really capable of showing that he had some pace and also a very strong understanding of the car.

"I think it's quite amazing, given his moderate experience of Formula 1 cars, the accuracy of his technical feedback was always extremely helpful.

"Actually, some of the development we did this season is also a credit to the feedback we received from Sergey - on the actual car but also the simulator.

"It's difficult for me to say how strong he would be in a Formula 1 car against any team-mate, but certainly he needs to be given a chance, absolutely." 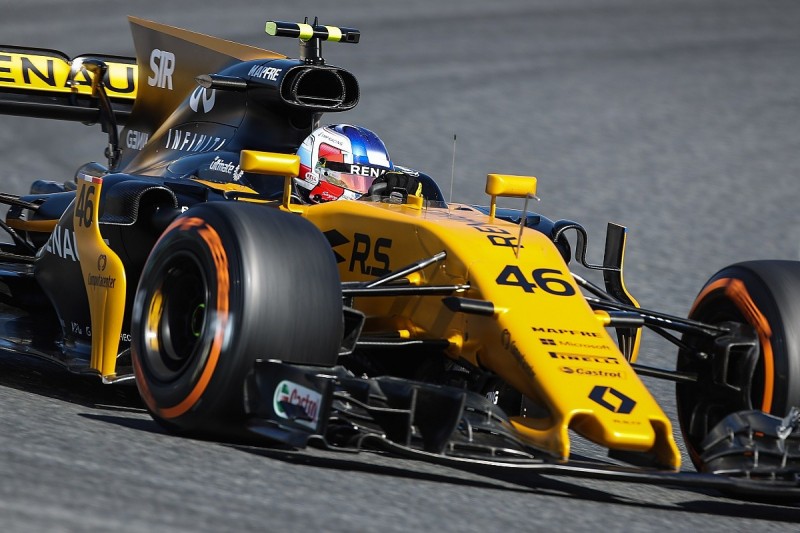 Abiteboul said Renault deserves credit for helping mould Sirotkin into a serious candidate for a race seat that was widely expected to go to Kubica.

"He has some natural skills and natural pace, but in modern Formula 1 those things do not come for free," Abiteboul added.

"They come also from the effort put in by the team into the driver, and I think we put a lot in terms of mileage in a current car and previous cars, and I think he is a different driver now to what he was 12 months ago.

"I tend to believe that if he's considered by Williams it's also thanks to the work we've done together."

Kubica was also a contender for a Renault drive at one stage, but failed to convince the team of his suitability during a summer test in Hungary.

Williams has decided to wait until January to confirm its 2018 driver line-up, but if Sirotkin gets the nod Kubica's last chance of making a Formula 1 comeback next year will disappear.

Button: The highs and lows of my F1 career