As part of a celebration of Renault's spell in F1, with the Enstone-based team being rebranded as Alpine in 2021, Alonso is showing off his 2005 title-winning R25 in Abu Dhabi.

With his high-speed laps grabbing attention on social media, and the whole pit lane turning out en masse to see him complete a run on Saturday, Alonso suggests the agile, screaming V10-powered machine delivers a sound and emotion that current machinery cannot match.

"It is something that we are missing honestly," said Alonso, after his latest run.

"I think not only the fans, everyone in the paddock, we miss the sound. We miss the Formula 1 that we got in love with when we were kids and we were watching television.

"So now, to witness this car at this circuit, I think it was pretty special for everyone in the paddock.

"It was nice to say hi to everyone. And it was not only the Renault mechanics, everyone was out in the pit lane.

"I think it's a nice spirit when you see this kind of technology and that kind of era you know. It united all of us in one way."

Alonso switched to a soft compound of tyre during his latest run on Saturday, and Renault data suggests that he lapped in the 1m39s region. 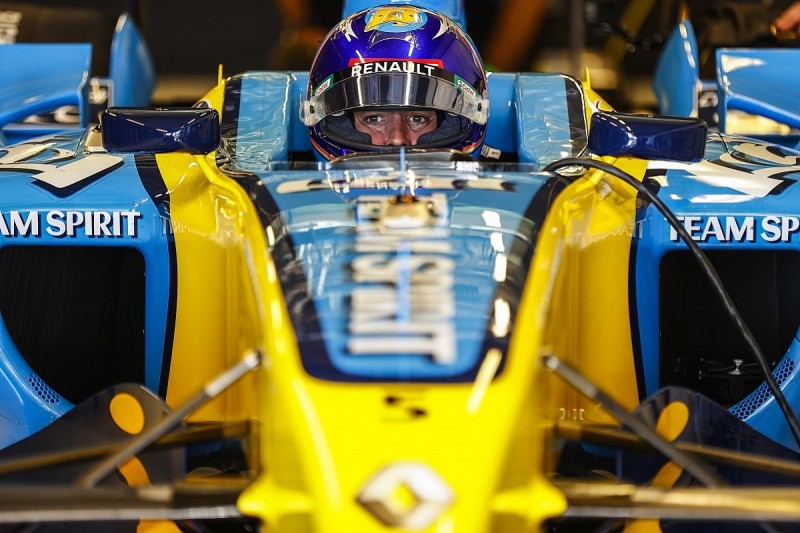 That performance was just two seconds slower than back row starter Kevin Magnussen managed in qualifying on Saturday, and is a match for Lewis Hamilton's fastest lap of last year's Abu Dhabi Grand Prix of 1m39.2s.

Alonso added: "We are in the same time of the [current] cars in race conditions, which is quite amazing. So you know, it feels very fast. The sound is fantastic, and it sounds fast.

"Behind the wheel, you feel the vibrations, you feel everything. It is a very light car, so you feel all the motions.

"It's an amazing feeling. I'm still smiling. I have the mask on but I will be smiling until probably 2021."

While some people have been surprised at the way Alonso has attacked so hard doing the demonstration runs, the two-time world champion says there is no way he could take it easy.

"Honestly I cannot go slow with this car," he said. "Every time I'm in this cockpit and I'm in this car, with all the memories, it becomes natural to drive fast.

"To feel the speed is amazing. I know it's an old car, but it's a perfect machine for me."

The disability pioneer who left Moss in awe