Renault Formula 1 boss Cyril Abiteboul hopes Jolyon Palmer's Singapore points finish will be a wake-up call, and is expecting further points from him in the Malaysian Grand Prix

Palmer's future at Renault had been the subject of intense speculation over recent weeks, as it pondered making an early swoop for 2018 driver Carlos Sainz.

Palmer maintained his stance that he would finish the season and the situation subsequently calmed down when he produced his first points of the season with a career-best sixth place in Singapore.

Asked by Autosport if there had been any regrets about not keeping Palmer in the frame for next year after what he showed in Singapore, Abiteboul said: "Jolyon is with us, I want him to get good results, and there are no regrets.

"There are regrets about all the results that did not materialise until now, either because he didn't have the pace, or because we also put him at a bit of a disadvantage with reliability: like Silverstone and Spa. There are races where we let him down.

"However, there clearly is an obvious lack of pace relative to Nico [Hulkenberg], independently from reliability issues.

"But I'd like Singapore to be a wake-up call for him, I'd like him to score points again in Malaysia.

"In any case, the car will be able to score points in Malaysia."

Renault is currently seventh in the constructors' championship with 42 points, trailing Toro Rosso's 52 and Williams's total of 59.

The team has previously stated its goal is to finish fifth in the championship, and Abiteboul believes it is still possible if both drivers pick up points regularly.

"Absolutely," he said. "17 points off Williams, it's completely feasible, but it will always be small points - from seventh to 10th in normal conditions. It means we need to have both drivers in there." 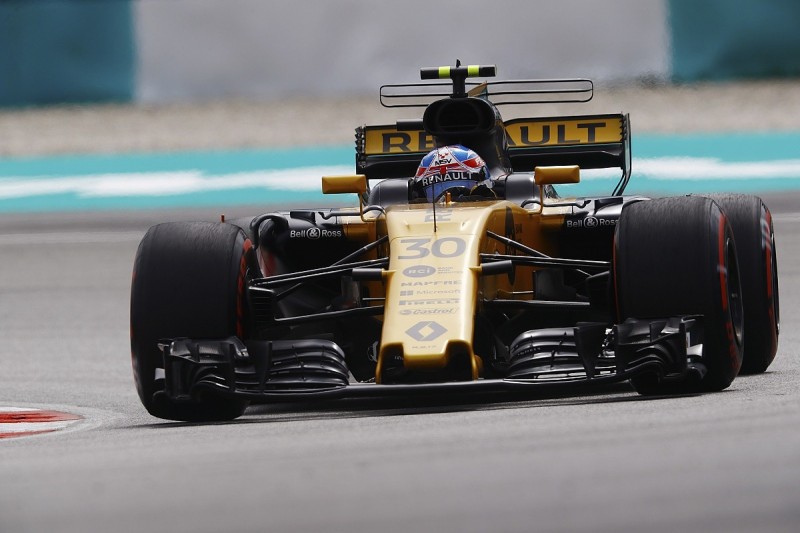