Renault has turned a "huge corner" with the performance of its latest Formula 1 engine, returning customer team Toro Rosso believes

The French manufacturer has a new power unit it says is 95% different to its 2016 package as it chases performance gains, but Toro Rosso encountered reliability problems during last week's first test.

That meant Toro Rosso finished the week having completed the fewest laps of Barcelona out of any team, essentially missing all of the final day, but it was encouraged by Renault's performance.

Toro Rosso was a Renault customer in 2014 and '15, before spending last season running a year-old Ferrari power unit.

"The good thing with Renault on the performance side, since we've been working with them, they've definitely turned a huge corner," technical director James Key said.

"Our impressions are positive.

"Exactly where it stands in the order is impossible to say at this stage, but there's definitely a marked improvement from what we saw in the past, and last year as well.

"You can see that; it's real. It's not just a value coming out of a dyno.

"So from a performance point of view we're happy with what we're seeing so far." 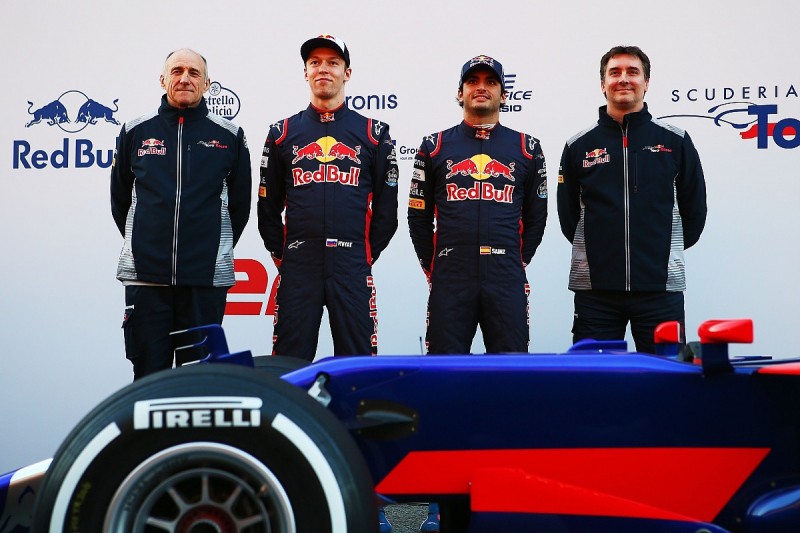 Toro Rosso would not reveal the causes of the Renault reliability problems it suffered, but was adamant they were not related to the way it had installed the power unit.

"I think the reasons for the issues clearly need to come from Renault," Key said.

"We've had some dramas and I don't think it is installation related from what we can tell.

"Obviously, anything that has happened on the power unit side we've had discussions about that, and it doesn't appear to be do with anything specific on our car."

Toro Rosso's filming day in the week before the start of testing was also interrupted by a Renault issue, but team principal Franz Tost sought to play down the problems.

"You know, it's a completely new car and it's a mix from everything," he said.

"For example, [on Wednesday] with Daniil Kvyat, we had a problem with the clutch bearing, and then with Carlos [Sainz Jr on the final day], Renault decided to change the engine.

"But I'm convinced that Renault will sort out all these small problems.

"It's nothing major. I'm quite optimistic that we will be very well prepared for the second test and for the races."