Renault 'disappointed' by gap to the top three Formula 1 teams

Renault was outsmarted by Formula 1's big teams over the winter and is "disappointed" it has not made a bigger step, says chief technical officer Bob Bell

The French team has been the most consistent behind the big three outfits in the first three grands prix of the 2018 season but has had lower performance peaks than McLaren, Haas and Toro Rosso.

Renault is fifth in the constructors' championship, three points behind its customer team McLaren, but Bell said its progress has not been as significant as it hoped.

"I would say we're disappointed that we're not further up," he said. "We hoped to take a bit of lap time out of the top three teams this winter.

"We haven't, if anything they've moved slightly further ahead.

"We just didn't do a good enough job, we weren't as smart as they were over the winter in designing and developing the car."

The gap between the pole time and the 'best of the rest' increased in Australia and Bahrain compared to last year, but was smaller in China.

Bahrain is the only grand prix that can be compared like-for-like because of safety cars, and in 2018 the next-best car - Pierre Gasly's Toro Rosso - finished 7.9s further back than its 2017 equivalent.

Renault itself has made a clear improvement at the beginning of its third year as a revived works team and its trend in qualifying at the start of this year is positive.

It fared worse in Bahrain in race trim, with Nico Hulkenberg 19 seconds further back from this year's race winner than last year.

The team is still on a recruitment drive and improving its race team base at Enstone and Bell admitted the frontrunners have "still got the edge when it comes to doing a new car".

Renault's RS18 is slightly heavier than the team had hoped, and is "marginal" with the weight limit.

"I think there's a reasonable chance we can close it [the gap], because there is a law of diminishing returns and they are going up that," said Bell.

"We have an easier path to finding benefits than they do."

Bell said he is "reasonably pleased" with its performance compared to McLaren, which misjudged its development targets for 2018 and is struggling in qualifying in particular.

He admitted the likes of Toro Rosso and Haas were making Renault's life "very difficult" and expects it to be "nip and tuck all season".

"We were obviously very worried about [McLaren] when they came on board with the engine," said Bell.

"They are very good at developing in-season to recover any losses from the start.

"It's going to be really, really closely fought. We had hoped to be a little further ahead at the start, but this isn't an exact science." 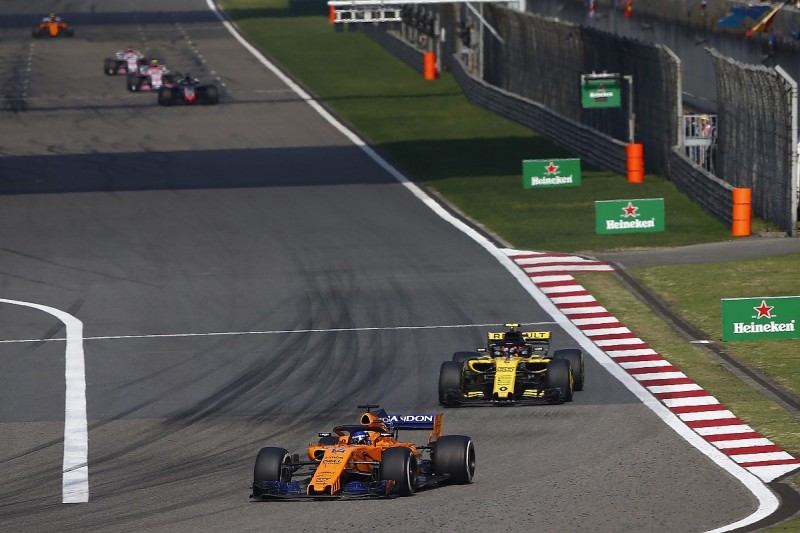