Gasly qualified fifth for the British Grand Prix, matching his strongest grid position of the year, as he ended up just under half a second off Mercedes' polesitter Valtteri Bottas.

His Red Bull teammate Max Verstappen was one place ahead in fourth, just over 0.3s faster.

Gasly began the Silverstone weekend by topping first practice, and was again quicker than Verstappen in both the second and third practice sessions prior to qualifying.

Coming off the back of a particularly tough weekend last time out in Austria, where he finished a lap behind Verstappen, Gasly said he was satisfied to see that the changes he and the team have implemented since the last race have made a difference.

"I would say so far [it's been my] strongest weekend of the year," said Gasly.

"I think we showed all the improvements we have made.

"What I'm happy about is that there were a lot of things to improve, we had a plan of to change to make things better, and we clearly made a step forward. So I think it's a massive step.

"[Whether] calling it a breakthrough [is right], we'll see what sort of race I have. But I'm happy about what we have changed and to see that it's paying off." 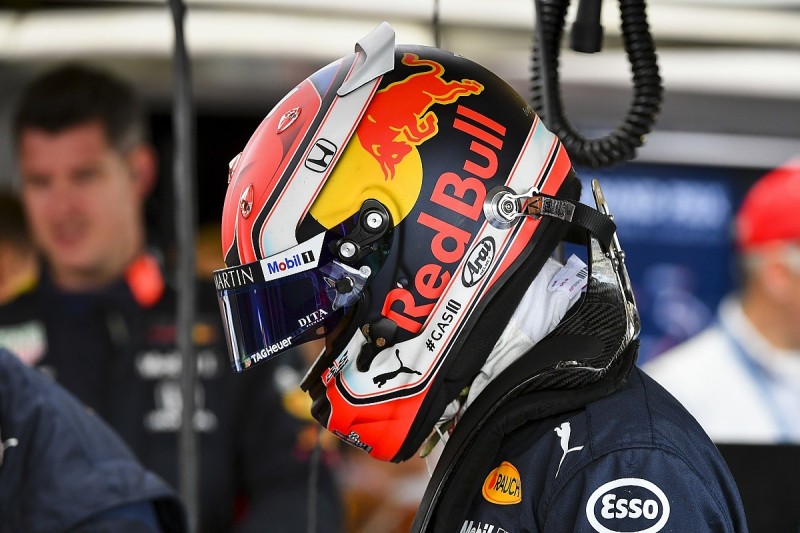 Gasly said the time loss to Verstappen in the final segment of qualifying could be largely put down to him not following the Ferrari of Charles Leclerc in front of him closely enough.

"I lost quite a bit of time not having a really strong tow," explained Gasly.

"I think I could have been slightly closer to the car in front. I lost at least two tenths due to the tow.

"The lap itself was ok, not perfect through [Turns] 3 and 4, I think I left a bit of time through there, but I think Max did a really good lap and I could have found a bit more time to be closer to the Ferrari in front to get the tow and gain the laptime on the straights.

"I started the lap further back from Leclerc than Max was to me, just because I managed the gap. It's something to adjust maybe for next time."

Like Verstappen, Gasly will start Sunday's race starting on medium tyres, which means he faces the prospect of trying to hold off Sebastian Vettel's soft-shod Ferrari early on.

Asked if he could hope to challenge the Ferraris in the race, Gasly replied: "Ferrari's on a different strategy with both of them on the soft tyres. We'll have to see how it goes.

"We should be able to have a longer first stint which could pay off, but for sure it's not gonna be a straightforward one-stop or two-stop. I think there will be a lot of possibilities so I think we'll have to see what we can do."