Red Bull's chances of maintaining its dominance of Formula 1 over the long term will be hit by the departure of key aero chief Peter Prodromou, reckons Ross Brawn

Prodromou has been signed to join McLaren for 2015, although the Woking-based team is hoping that it can get hold of him before then.

But despite Red Bull having played down the significance of losing Prodromou, who has been a key ally of technical boss Adrian Newey, Brawn is in no doubts that his departure will hurt the team.

"I don't know Peter to be honest, but he has a reputation of being a strong engineer and he has been involved in some very successful projects," explained Brawn.

"So there will be a change. I don't think any team can lose someone of that calibre without it having an impact.

"Red Bull are where they are because they took Adrian out of McLaren. It is part of the process of F1 and it goes around and around.

"If Red Bull have a certain philosophy or approach that is fairly unique, then McLaren will become familiar with that approach.

"That is the nature of F1. It is fairly incestuous and the engineers move around.

"James Allison has gone from Lotus, where he designed a very good car, to Ferrari, and I am sure next year their car will be better. That is the nature of the business." 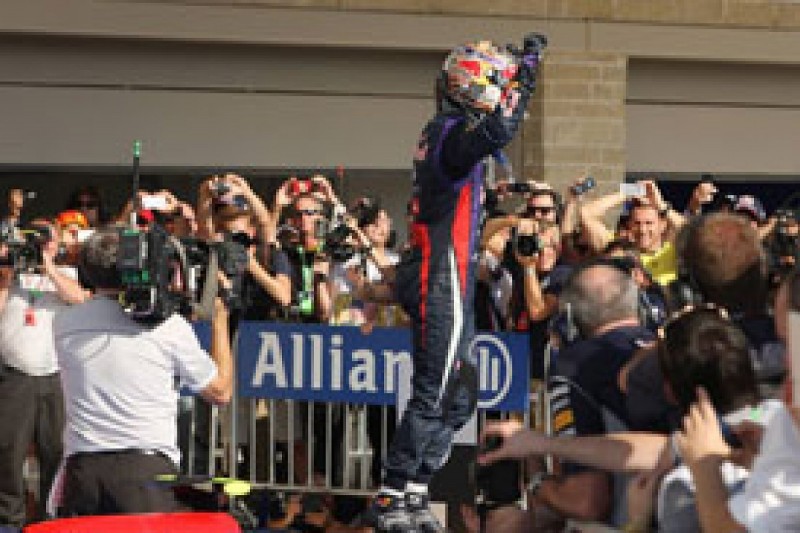 ENGINE A THREAT IN THE SHORT TERM

Red Bull believes that the biggest threat to its current status as the number one team is not staff, but the performance of the engines next year.

The arrival of the 1.6-litre V6 engines means there will likely be a major shift in the competitive picture.

Red Bull team principal Christian Horner said: "The engine becomes a really key factor next year and so much will depend on the job of the relative engine manufacturers.

"So there is huge pressure on Renault to deliver, as there is Mercedes, Ferrari and the following year Honda.

"That is the big unknown at the moment - how much of a factor is the power unit going to be?"

Stats: only Ascari left to topple