Red Bull insists that the FIA is completely happy with the design of its Formula 1 car, despite suggestions from Lewis Hamilton that it could be running a ‘bendy wing’ to help boost straightline speed.

The Milton Keynes-based outfit is locked in a tight fight with Mercedes, and both teams are pushing to the limits in a bid to come out on top.

Hamilton dropped some intrigue into Red Bull’s performance, however, when he suggested over the Spanish Grand Prix that its rival could be gaining from its rear wing flexing on the straights.

In an interview with Sky on Saturday evening, he had said: “The Red Bulls are really fast on the straights. They have this bendy wing on the back of their car which they put on today and they gained at least three tenths from this wing.

“So they will be quicker down the straights than us, and it will be hard to keep them behind. But that doesn’t mean it will be impossible.” 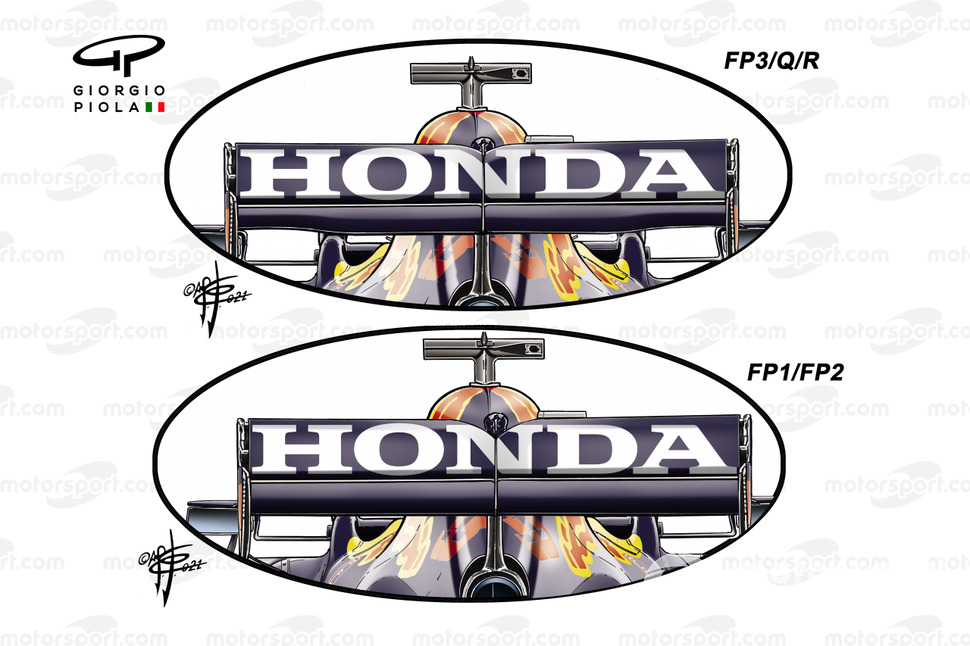 Red Bull had used a high downforce wing during Friday practice in Spain, potentially as a test item for the next race in Monaco.

However, from Saturday it switched to a lower drag configuration that it has used in the opening races of the season.

F1 teams have long tried to push the boundaries with aero elasticity, knowing that if they can get a rear wing to flex and rotate back slightly on the straights then it can boost top speed performance.

The FIA has been aware of the practice, and teams have to comply with strict pull back tests to ensure that their wings are strong enough and not flexing too much.

Red Bull team boss Christian Horner has revealed that Mercedes chief Toto Wolff has spoken to him in private about the rear wing design, but was clear that the FIA was satisfied with its design.

“I saw the comments,” said Horner when asked about Hamilton’s ‘bendy wing’ remarks.

“Of course the cars are scrutineered thoroughly and there's pull back tests, and there's all kinds of different tests it has to pass. The FIA are completely happy with the car, that it has passed all of those tests that are pretty stringent.

“So I was surprised to see his comments on that. But it's something that Toto has mentioned to me previously. I doubt it was Lewis' opinion, so probably came from elsewhere.”

Wolff was coy about the situation when asked about whether or not there were genuine concerns about Red Bull pushing the boundary of the regulations.