Red Bull does not know why Formula 1 rival Mercedes thinks its straightline speed advantage at the French Grand Prix was down to a step forward with its Honda engine.

Max Verstappen's victory at Paul Ricard last weekend was helped by the impressive top speed of his car, which assisted him in staving off an attack from Lewis Hamilton in the midpoint of the race.

But while Red Bull's low-downforce rear wing configuration was a key factor in its advantage on the straights, Mercedes also suspected that a change of engines was involved too.

Honda elected to move both Red Bull and AlphaTauri on to their second power unit of the year for France, with Mercedes having moved across in Baku.

Mercedes boss Toto Wolff said about Red Bull's form in France: "They have made a huge step forward with their power unit, the introduction of the second power unit. And their race car is good, no doubt about that."

But with F1's homologation rules meaning the teams must run with the same specification engine all season, Red Bull team principal Christian Horner reckoned that there was no difference in power terms, even though fresh spec units can often be pushed hard.

"We're not allowed to make progress," he said in reaction to Wolff's comments. "I don't know what he's referencing there. 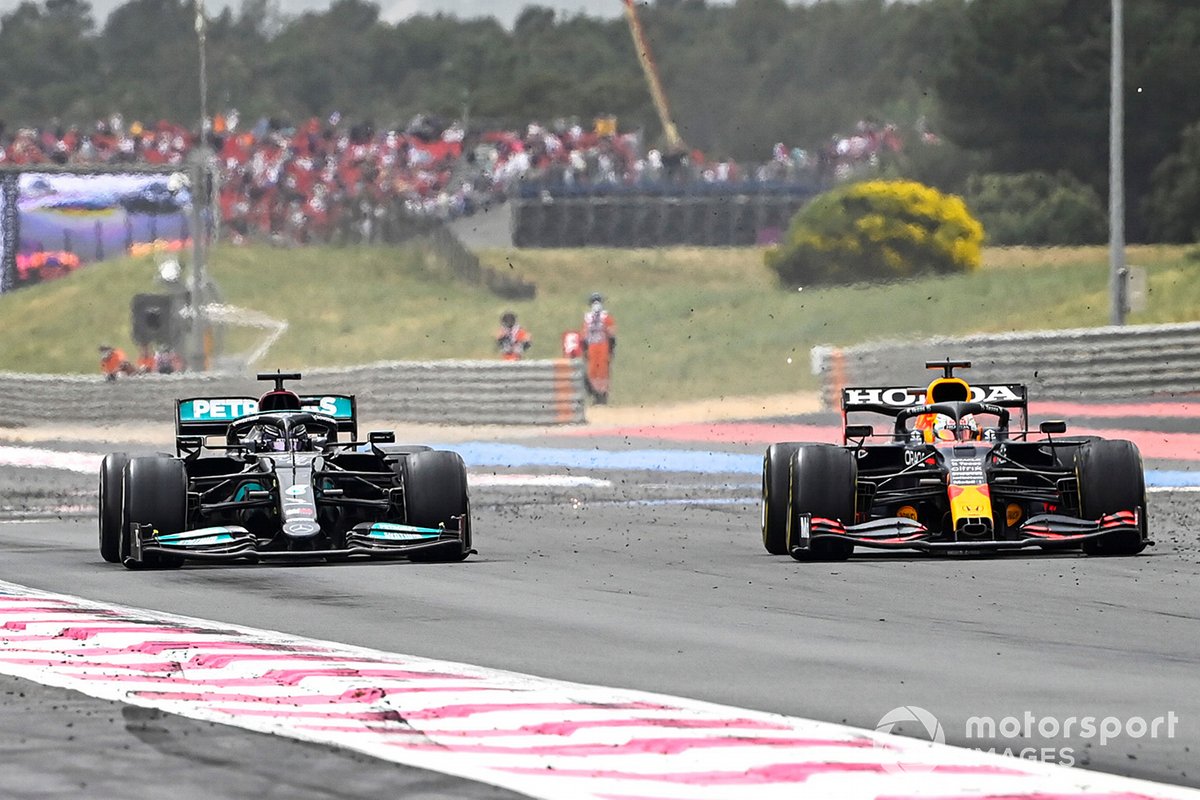 "I think that it's the same specification as the first unit. We've run a much smaller rear wing, so that's why the straight line performance was strong.

"I think Honda are doing a great job, but we don't see a sudden significant increase in power."

Honda F1 technical director Toyoharu Tanabe reckoned that while Red Bull was pushing with updates to improve the car, any engine gains were probably down to better energy management.

"On the team side we are introducing new parts so that we can evolve every race," he said.

"The power unit is the same [specification] all the time, but we are learning better how to use energy management etc. for every race.

"We are looking at the characteristics of each circuit, and I think that such daily developments are connected to the current improvement."